Your Small Amazon Orders Are About to Get Cheaper

Not only will it be cheaper for third-party sellers to ship small items, but packages from Chinese sellers could arrive in half the time.
BY:
JULIE RAMHOLD
Senior Staff Writer 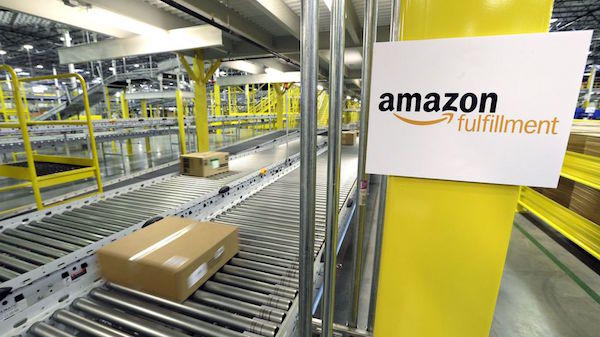 Starting July 1, Amazon is cutting some of its shipping fees for third-party merchants. That will likely mean free and faster shipping on a much larger selection from these smaller sellers.

Sellers will now be able to ship three flat 1-ounce packages for $1.61, which is 67% less than what they're paying now. Eligible items include makeup, cell phone accessories, and anything that is small, flat, and can fit in large envelopes. Anything measuring thicker than half an inch could incur higher fees.

SEE ALSO: Did You Know That Some Amazon Items Are for Prime Members Only?

Amazon launched a version of this discounted shipping program, called Amazon Small and Light, last year. It's meant to encourage the sale of popular small items from small merchants. Items from third-party merchants, and those not fulfilled by Amazon, are often not eligible for free 2-day shipping via Prime. However, Small and Light items are shipped free for customers (the merchants pay a small shipping fee), and this change hopefully means more merchants will participate, making more items available.

Amazon is hoping the new rates for the Small and Light program will be tempting to merchants in China, which could mean faster and cheaper delivery for American customers. The program boasts faster delivery times to US shoppers, supposedly taking around four to eight days, instead of weeks. By comparison, deliveries through ePacket (an agreement between the US Postal Service and China Post) typically take closer to two weeks. And if ePacket isn't used, it could be as much as eight weeks.

What's good news for US customers is good news for Amazon, too. The megaretailer would prefer Chinese merchants use Amazon warehouses and Amazon shipping — and pay for it.

The program boasts faster delivery times to US shoppers, supposedly taking around four to eight days, instead of weeks.

Sellers who want to switch to Amazon's Small and Light program will still have to ship their inventory to an Amazon warehouse. But with costs reported to be comparable to ePacket, and the potential for more sales because of a shorter shipping time, it's easy to understand why it could be a big draw for foreign sellers.

SEE ALSO: Yikes! What to Do When Your Amazon Package Is Not Delivered

BlueOak
I've found most of the shipping problems (slow or not delivered at all) have been via those shipped from China in an envelope deals.

Especially when they require a signature. Our local USPS has very little patience for that hassle and claims to have returned the package to shipper far to quickly, too often.

Having said that, even if slow, it works most of the time.

unkabob
Even though I've been on Amazon prime going on three years, I buy small light items from China constantly via a competitor for free or reduced shipping but it can take several weeks to land on my porch even when I pay up immediately.. I would gladly change over to Amazon in order to cut that time significantly so long as the shipping charge is reasonable.
July 1, 2016

MacsAre1
I always filter my searches by Amazon Prime because I live in Hawaii and most things available for Prime shipping will ship free in a couple weeks (or a month if they use USPS parcel post...). For 3rd party sellers that don't use Prime it's not worth the hassle to add to cart and hope it doesn't say it can't ship to HI.
June 30, 2016

Apply coupon code "SI8MB98E" for a savings of $11, which drops it $8 under our mention from almost three weeks ago. Buy Now at Amazon

Prices start from $15 and it includes both hoodies and lighter sweaters. Shop Now at Proozy

It's nearly double that elsewhere. Buy Now at Office Depot and OfficeMax

Apply coupon code "MEMDAY15OFF" to save $300, plus it's a great time to get a deal on this in the midst of pollen season, not to mention from such a popular brand. Buy Now at eBay