With its latest round of eBook readers, Amazon has solidified its position as the eBook juggernaut to beat. But Barnes & Noble isn't going to give up without a fight, and the once-dominant retail giant has followed suit and slashed prices on a new line of NOOK readers. But when it comes to deals and pricing, is Amazon still king of the hill? We dug through our deal archives to find out which tablet sees the better bargains.

A Brief Deal History of the Kindle 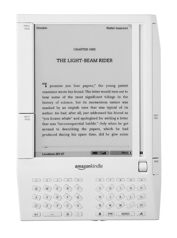 Just four months later, in February 2009, Amazon announced the Kindle 2, which debuted at $359 (10% lower than the starting price of the original Kindle). Again, it took a few months for us to see a deal on the new eBook reader, but this time the premier deal was a little better — 16% off the initial price, dropping the Kindle 2 to $299. We saw three more significant price drops on the Kindle 2, the biggest one cutting the price by 56% and leaving it at $155 by the end of its life cycle (and just prior to the Kindle 3's release).

Amazon ushered in the Kindle 3 at a $139 price point (a whopping 61% lower than the starting price of the Kindle 2), but deals were very scarce on the Kindle 3 and at its best, its price has only dropped 6%. However, things changed this September when Amazon lifted the veil on its latest Kindle and revealed its starting price of $109. (That's 21% lower than the Kindle 3, and the lowest debut price for an unsubsidized Kindle.) The device now comes in multiple flavors (there's even a subsidized $79 Kindle with Special Offers that features customized ads), and with Black Friday around the corner, there's a chance older Kindle models (and perhaps new ones) will see even bigger discounts. 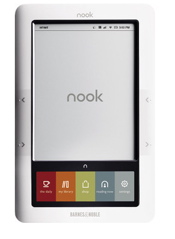 Unlike Amazon, which consistently chipped away at each Kindle's price, Barnes & Noble took a more conservative approach with its NOOK eBook reader. The original debuted at $259 in October 2009. Its price dropped 23% eight months after its release and shortly thereafter, Barnes & Noble revealed a new WiFi-only NOOK that debuted for $149.

The first major upgrade to the NOOK — the NOOKcolor — came out in October 2010 with a debut price just 3% lower than the first-generation NOOK.

It took the NOOKcolor four months to see a 20% discount and although there were a handful of deals toward the end of 2010, the NOOKcolor never dropped below $199. More importantly, although Barnes & Noble offered multiple discounts and coupon codes for its retail and online stores, the company usually excluded its NOOK readers from such discounts.

By May of 2011, Barnes & Noble was ready to release its NOOK Simple Touch WiFi eBook Reader at $139. That was just 6% lower than the price of the previous WiFi-only NOOK, proving again that Barnes & Noble wasn't as concerned with discounting the NOOK as Amazon was with promoting its Kindle. Earlier this month (and in response to Amazon's new Kindle Fire) Barnes & Noble slashed the NOOK Simple Touch WiFi price to $99 and the new NOOKcolor now goes for $199. Again, these are modest discounts when compared to Amazon's price cuts on its latest round of Kindle products.

And the Most Discounted eBook Reader is...

For consumers, the Amazon versus Barnes & Noble price wars have made eBook readers more affordable than ever before. But as far as deals are concerned, our archives show that the Amazon Kindle sees the most aggressive discounts. Additionally, Amazon's eBook discounts and their latest Lending Library feature (for Prime customers only) add further value to the ubiquitous eBook reader.

extensivegroup
You fail to mention that ePub, a nearly ubiquitous format, remains natively unsupported in the Kindle.  This alone makes the Nook much more appealing.
November 16, 2011

VIEW ALL
Blog · Roundups · 1 hr ago
The Best Tool Deals
We've rounded up the best deals on tools, accessories, combo kits and more – from beginners to hobbyists to pro-am and beyond, look no further for your cheap tool needs.
Blog · Roundups · 4 hrs ago
The Best Men's Clothing & Accessories Deals
From adidas to Uniqlo and Allen Edmonds to Wilsons Leather, this is your guide to the best men's clearance sales, designer clothes deals, and everything discounted in the world of men's clothing.
Blog · Buying Guides · 5 hrs ago
Black Friday Travel 2021: What Flight and Hotel Deals Can You Expect?
Travel suffered in 2020, but with life getting back to normal in many places in 2021, we expect excellent Black Friday travel discounts to return. Check out our guide to see the deals to look for this year.
Blog · Morning Jolt · 6 hrs ago
5 Deals You Need to Know Today: The Best Ever Price for a Google Home Hub
Verizon is offering the Google Home Hub at the best price we've seen yet. Check out this offer and more in our roundup of the five best deals we found over the last 24 hours.
Blog · Buying Guides · 3 days ago
The 7 Best Things to Buy in October (And 7 Things to Buy Later)
Black Friday is just around the corner, deal-seekers, but October has excellent deals that are worth shopping. Check out our guide on what to buy in October and what to wait on until later.

It's the lowest price we could find by $2. Buy Now at Amazon

Apply code "2QOC4GO7" to save $20 and get the lowest price we could find. Buy Now at Amazon

Clip the $4 off on page coupon and apply code "UB4Y846U" to get a buck under our mention from two weeks ago and save $14. Buy Now at Amazon