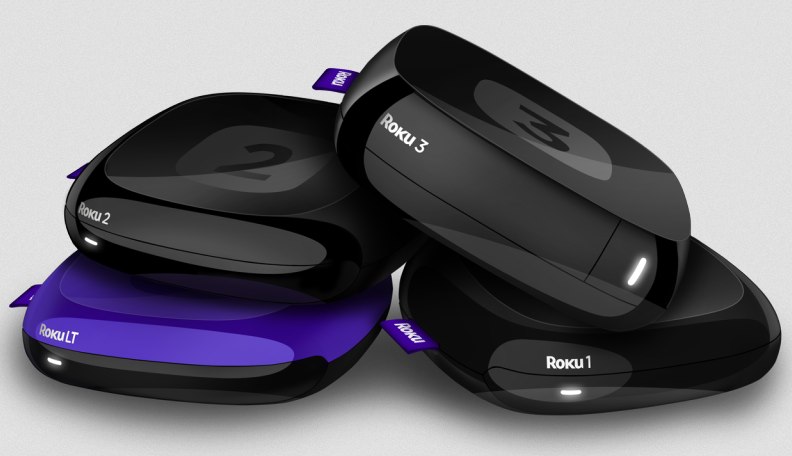 The world of media streaming grows all the more complex with each passing year, and Google certainly shook up the industry a few months ago when it released its extraordinarily cheap Chromecast dongle, which costs a mere $35. But despite the variety of options now available to the consumer, we actually expect Black Friday 2013 deals to be very similar to those from last year. The same goes for "old school media," as Blu-ray movie deals can't get much cheaper than 2012's lowest prices.

Roku Black Friday Deals for as Low as $46

Over the last eight months, Roku has completely refreshed its product lineup: the Roku 3, 2, and 1 have respectively replaced the now-discontinued Roku 2 XS, 2 XD, and HD versions in the Roku hierarchy. And while none of the devices can compete with the Google Chromecast on price, we will definitely see Roku deals this Black Friday.

The manufacturer's previous top-of-the-line model, the Roku 2 XS, was released in July of 2011 at the same $99 price point as the Roku 3. Only four months later, in the lead up to Black Friday, we saw the 2 XS fall to $74.99. Thus, shoppers who want a deal on the Roku 3 should look for a similar 25% drop at some point during this Black Friday season.

As far as the Roku 2 and 1 go, we looked to the slightly older Roku 2 XD and the Roku HD models for predictions; these devices saw respective 14% and 20% price cuts last year, dropping each to an all-time low. (The Roku 2 XD would drop even further in December, but as an in-store only deal at Micro Center.) Since the Roku 2 and 1 occupy those same inventory slots, we're predicting similar discounts on these devices this year; look for deals on the Roku 2 for $69 and the Roku 1 for $48.

But if you're just after a rock-bottom price, then keep an eye out for deals on the older models. Retailers that still have inventory of the Roku 2 XS, 2 XD, and HD might offer steep discounts in order to clear out stock. Based on our pricing history, you should be able to pick up the 2 XS for around $46 on Black Friday. Lastly, we predict that Roku will try and maximize its sales by having a one-day-only sale on Black Friday itself.

Apple isn't one for discounts, so the manufacturer won't offer anything beyond their standard 10% off Black Friday sale. Instead consumers should look for Apple deals from resellers like Amazon, Best Buy, and MacMall. Our data indicates that these merchants will offer discounts of up to 25% off, dropping the Apple TV to as low as $75.

With a $35 price tag, who cares if the Chromecast doesn't do as much as the Roku or the Apple TV? Because of this low cost, however, shoppers shouldn't expect a sale on the device this Black Friday. Google can hardly keep the thing on store shelves right now and as such, the most a shopper can hope for is being able to purchase one at all.

While streaming is great, there are still shoppers who will want to buy physical DVDs and Blu-rays to have on hand in a media libray. Last year, we saw deals on Blu-ray movies starting at just $4, and it's safe to say that prices will once again drop that low. Also, as with every previous year, you can still expect to see deep discounts on Blu-ray bundles and boxed sets.

Naturally, brand-new movie releases won't be quite as cheap, but even blockbusters that hit theaters over the summer will see significant price cuts. For example, The Hunger Games was released in theaters in March 2012 and, come Black Friday, we found it for $9; that's 75% off list price! Other new releases, like Prometheus and Brave, also hit this price point and were all significant lows. (Not all of 2013's summer hits will see discounts though; last year, we were thunderstruck to see that The Avengers didn't see a single deal during Black Friday ... it was like one of Loki's cruel tricks!)

VIEW ALL
Blog · Roundups · 10 hrs ago
The Best Shoe Deals
The experts within Castle DealNews love nothing more than a strong discount on the biggest shoe brands, so keep your eyes affixed here for the best deals on Nike, adidas, New Balance, Birkenstock, and more.
Blog · Marketplace · 15 hrs ago
6 Ways Sellers Can Increase Their Amazon Back to School Sales
The 2021 Back to School season has the potential to be quite lucrative for sellers. Check out our top tips for increasing Back to School sales on Amazon this year.
Blog · Morning Jolt · 15 hrs ago
5 Deals You Need to Know Today: Buy 1 Power Tool, Get 1 Free at Lowe's
Lowe's leads today's lineup with two power tools for the price of one. Check out this offer and more in our roundup of the five best deals we found over the last 24 hours.
Blog · Roundups · 1 day ago
The Best Video Game Deals
The best of the best when it comes to video game deals, cheap consoles, and discounted accessories are gathered here, in one convenient roundup.
Blog · Buying Guides · 1 day ago
The 11 Best School Supplies to Buy at Target in 2021
Back to School season can be stressful for parents and kids, but Target can make it easier. Check out our guide on the best school supplies to buy at Target, some of which are just $1 each!

Why pay $100,000 for a chicken nugget when you can get the real game for $2 less than Best Buy charges. Buy Now at Nintendo