The Best Cruise Lines for 10 Types of Cruisers

Just like cars, houses, and universities, the type of cruise you take is as much a reflection of your lifestyle and expectations as it is of your budget. Thirty years ago, cruising was more or less a one-size-fits-all proposition, but now it's a $30 billion-a-year industry within the travel industry, with various lines jockeying to command a particular niche.

Experienced cruisers know that the cruise line can make or break a holiday. So what kind of cruise — and with whom — should you book? Here are 10 considerations a vacationer might have, paired with the line that suits them best. 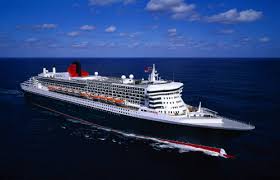 Sinking aside, the grand liner experience is one worth cherishing, and it lives on in just one brand, Cunard Cruise Line. Their fleet began sailing in the 1830s, and in the summer the pictured Queen Mary 2 makes 5-day runs between New York City and England. Cunard Cruise's other ships usually sail further afield than the North Atlantic (as far as Australia, in fact), but all three strive to offer elevated, dignified diversions like lectures by university professors, the largest libraries at sea, and a smattering of black-tie-only evenings. This all amounts to an older, educated, more experienced crowd who appreciate the trappings of Cunard Cruise's long lineage.

"I want to see Europe."
Most of the major cruise lines — including Princess, Disney, and Royal Caribbean — offer long- and short-term vacation packages to Europe that are perfect for the vacationer who likes the act of traveling. Europe's medieval back streets were not meant to handle the simultaneous disgorgement of thousands of American tourists, so smaller ships will yield more pleasurable day trips. Smaller ships can also venture to smaller ports, of which Europe has plenty.

While seeing the great coastal cities of Europe in 6-hour shifts aboard a traveling hotel will never be ideal, Costa Cruises has a fleet of modest-sized ships and has been a player in the region for decades. The cruises are also mainstream enough to please Americans who are used to a few bells and whistles on their vessels, but not so rarefied that it's daunting. For a similar, sensibly-sized experience in and around Asia, Star Cruises is a standout line.

"I wanna party!"
Belly up to the casino bar on a Carnival Cruise ship, my friend. Most of the vessels in the Carnival fleet are fairly indistinguishable from each other, thanks to long-time designer Joe Farcus, and are jammed with opportunities to drink and eat yourself into a stupor. Count on twinkly signage, neon tubing, lots of brass and faux pink marble, and piles of crowd pleasing grub and drinks in restaurants with unchallenging names such as Grand Buffet, Chic, and Taste of Nations. Each ship also boasts a signature water slide, kid-friendly arcades and activities, and cabins that are a notch more spacious than those of the competition. Carnival may be the Burger King of the seas, but sometimes you just want a Whopper.

Carnival also tends to be the most deal-friendly cruiseline. In the past month, for example, they operated 51% of the cruise deals we posted. Currently, you can snag a Carnival 4-night Western Caribbean Cruise for two for $338 (a low by $40; expires June 20), but certainly keep an eye on our daily travel deals for more options to pop up.

"I'm a foodie."
Because there are so many mouths to feed on board, anyone with a taste for a luxury dining experience will be underwhelmed by what is served on the high seas. "It's pretty good for a cruise" is as close as you may come to high praise. But nearly all cruise lines have taken to opening smaller "upcharge" restaurants (some curated by well-known chefs) where, for an extra fee, they'll feed you the good stuff. Holland America's Culinary Arts Center program, which is tied to Food & Wine magazine, slots high-tech teaching kitchens into its ships, where passengers can learn hands-on cooking skills and delve into the local cuisine of the ports they visit. Oceania Cruises' ship, the Marina, also has a Culinary Center with a similar experience, itself linked to Bon Appétit.

"I don't want to feel like I'm on a cruise."
Seabourn Cruise Line is an ultra-luxury line that separates itself from the fleet. Its well-heeled passengers expect — and receive — yacht-like accommodations. There are Bose sound systems, complimentary champagne, attentive service, and very a small number of passengers aboard; three of its ships carry just 208 passengers, which is nowhere near the 6,000-plus on Royal Caribbean's fully loaded Oasis of the Seas. There are unlikely to be any unruly children or Housewives of New Jersey in your face, either. Two lines with a similar profile, but with slightly lower luxury levels, are Azamara Club Cruises and Oceania Cruises, which attract upscale cruisers with their fine wine lists, an array of fitness options, and pool decks where you won't be harassed by staff forcing you to get up and limbo. Azamara, too, puts emphasis on off-ship exploration, including, in some cases, overnight stays on escorted mini-tours on land.

"I don't want to fly too far to cruise."
People who live along the East and West Coasts have their pick of cruise itineraries, but Carnival Cruises is the most conscientious about porting ships throughout the United States so that more passengers need only drive to their vacations. Carnival now has ports in Baltimore, Charleston, North Carolina, New Orleans, Los Angeles, and Mobile, Alabama. Norwegian Cruiseline does a good job of spreading the love, too, as Holland America departs from Boston in the summer. Larger cities are more likely to host cruises ships for long stretches of time, but smaller cities like Norfolk, Virginia are occasionally served by Carnival.

"I'm traveling solo."
The Norwegian Epic became the hero of the unaccompanied in 2010 when it introduced a special category of single cabins for solo travelers. Far from making them feel like they're banished to steerage, these cabins are sleekly designed and have their own lounge area. The single cabins all lack exterior windows, but they do liberate soloists from having to pay twice the regular price for the right to travel alone. Norwegian is considered a solid, mass-appeal line: plenty to do, plenty of families and grown passengers alike, plenty of newly built ships, and it's reasonably priced. Consider it Macy's to Carnival's Kmart.

"I have kids under 12."
Perhaps unsurprisingly, Disney Cruise Line is a popular cruise choice for those with little ones. The line's four ships represent the industry's technological pinnacle for diversions for kids, including a 765-foot-long on-deck water slide on the Disney Dream, talking paintings in the corridors (also on the Dream), and current Disney blockbusters in the cinema — even in 3D. Service is thoughtful, too: Instead of being served by a nameless series of waiters from other countries, your family's server follows you as you rotate through the ship's restaurants, fostering a real understanding of other cultures. And, as you might imagine, a brand that focuses on youngsters is also rich in cutting-edge kids' clubs and babysitting capabilities, freeing parents to lounge in their own, kid-free zones — making a trip with Disney a cheap family vacation that everyone can enjoy.

"My teenagers get bored quickly."
For active mini-adults, there's Royal Caribbean Cruise Line, which has worked hard to set itself apart as a high-adrenaline product. In fact, its TV ads rarely speak the word "cruise." Instead, it outfits ships with rock climbing walls, ziplines, mini-golf, and sheet wave surfing. Most of its vessels even have indoor ice skating rinks and deck-side Johnny Rocket's outlets. As the proprietor of the world's two largest cruise ships, The Oasis of the Seas and The Allure of the Seas, RCCL has plenty of space in which to pile amenity upon amenity, from pools to comedy clubs to pared-down licensed versions of Broadway musicals. If you have a pulse, you'll find it impossible to be bored. The downside, of course, is that when the ship pulls into port, elbowing your way out of the floating city with your fellow passengers can be demoralizing.

"I'm not traveling with children, but I want to stay busy."
Princess Cruises are perfect for those who aren't in the mood to be overwhelmed by gimmicks, but want to retain a little of the mall-inspired extravagance that prevails on today's cruise ships. Modern, lively, and romantic but not trashy or overly dumbed-down, Princess fits the bill for those who want to have a good time without breaking the bank or getting a hangover.

This feature has been updated since it was originally published last year.

stefan_hogle
This was actually a really helpful article
January 20, 2013

sixandeightstringer
Nice article! But you totally missed a segment of cruising that is often overlooked - River Cruising. I've taken river cruises on the Danube and the Rhine rivers, with two different cruise lines (Uniworld and Viking) and it's a totally amazing experience for people who might not like "big boat" cruising. It is a much more relaxed method for traveling by boat, with far more ports (usually 1 a day, sometimes 2). Every port includes FREE excursions, with optional ones available. You don't get the big boat amenities (midnight buffets, movie theaters, swimming pools) - but you don't have to elbow around 2500 other passengers just to get off the boat, either. Just thought I'd throw that out there!
June 8, 2011