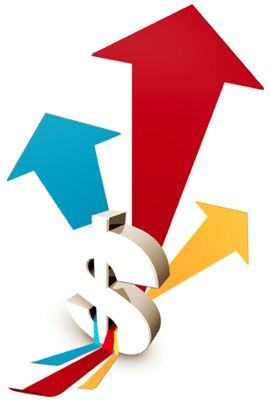 End of the year sales are still going strong, and in this environment it's difficult to imagine not being able to find an excellent deal on the necessities. But sales end and economic trends change, and sometimes even minor shifts can spell big price hikes.

It's inevitable that as the new year creeps closer, we begin to muse about what's to come in the next 12 months. So dealnews is taking a look at what price adjustments consumers can expect to see in 2012. This week, we read the economic tealeaves to see what will be more expensive in the year 2012. Some increases seem almost customary, like ever-rising gas prices, while others, like a potential 25% hike on tap water, are more surprising.

1. Domestic and International Airfare
Greater demand and fewer available airline seats will likely lead to higher ticket prices for flights next year. American Express predicts prices within North America will increase up to 5% for economy seating, depending on the length of the flight, and up to 7% in business class. Things look more bleak for European travel. A new "green tax" implemented by the EU is aimed at reducing emissions, and it will levy a fee of roughly $15 per passenger, each way, for flights to the U.S. Fees on shorter flights within the EU will be taxed slightly less.

2. New Digital Camera Models
Smartphones have quickly replaced budget friendly point-and-shoot cameras, so manufacturers and retailers are focusing more on higher-end digital SLRs. This year, consumers may have a hard time finding a newly-released digital camera with an inexpensive starting price, as the market is moving towards more feature-rich products. "Lower cost products just won't come to market and those that will be out there, will be priced more and more for profitability," says Stephen Baker, Vice President of Industry Analysis at the NPD Group.

3. Hard Drives
There's been a shortage of hard drives thanks to epic flooding in Thailand in 2011, and some retailers have actually been rationing hard drive–based products. As a result, we've seen fewer hard drive discounts. Expect continued shortages throughout the first quarter of 2012, which is when experts predict that production will begin to catch up to demand. 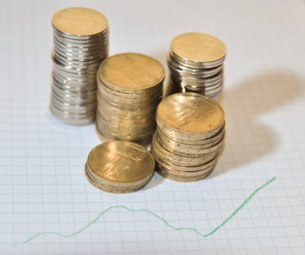 4. Desktop Computers
The consolidation of desktop features into monitor-integrated units — many with touchscreens — will drive desktop prices up in 2012, according to Baker. Expect average selling prices to increase roughly 30% on new desktops.

5. Food for Home Preparation
If your grocery bill seemed higher in 2011, you weren't imagining things. Most retailers have reported that food prices are rising and those increases are being passed along to shoppers. Food costs rose 6% last year and will likely go up at least 2% more in 2012. Increases are likely to affect food eaten at home, rather than restaurants where those costs are easier to absorb when combined with sales of liquor, says Harry Balzer, Chief Industry Analyst for the NPD Group.

6. Mobile Device Data Plans
Data plans in the past have had a tendency to decline, but as carriers build out 4G services, and move away from unlimited plans, data is set to become more expensive in 2012, according to Ross Rubin, Executive Director of Connected Intelligence at the NPD Group.

7. City-Enforced Fees
As municipalities look for ways to make up for budget shortfalls, fees for everything from dog licenses to vehicle registration and parking rates are going up, as is enforcement of fine-related infractions. In Chicago for example, a non-registered dog can elicit a $500 fine, while parking fines in Portland are going up 18% as the city tries to make up a $16 million transportation budget deficit.

8. Water
Most communities in the United States will face water rate hikes this year, even places that are rich with the natural resource. Water rates in the greater Chicago area will increase by as much as 25% next year, while the parched high desert Denver market is set to rise an additional 5.5%. Like the above-mentioned fees, this increase is mostly a result of cities needing to increase revenue to balance their budgets. 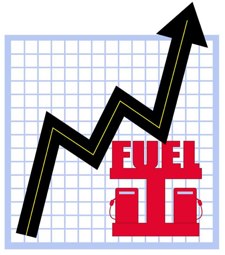 9. Gas
Fuel prices began inching up just before the holidays, and 2012 is looking to be another budget-breaking year at the pump, with prices once again topping $4 per gallon.

10. Gold
The precious metal is poised to achieve its 11th straight year of growth. Gold prices bounced around a lot in the second half of 2011, but analysts expect it to rise roughly 12% in 2012. It's a conservative estimate and a lot lower than the 17% annual growth rate of the past decade, but most believe gold will be more expensive. Take that to the bank.

11. Shipping
Unfortunately for avid online shoppers, the U.S. Postal Service will raise rates by an average of 4.6% next year, while both FedEx and UPS are hiking small package rates by 4.9%. Personal shipping will certainly cost more and it's anybody's guess how long retailers can continue the ubiquitous free shipping offers as rates rise.


Does all this talk about rising prices get you down? Be sure to shop wisely by setting up a dealnews email alert for the specific products and categories that are important to you, so you know immediately when we see a good deal. You can also stay tuned for next week's followup to this piece, which will note the items that will cost less in 2012.

Laura Heller is a freelance writer based in Chicago who specializes in mass market retail trends and consumer electronics industries. You can follow her on Twitter @lfheller. You can also sign up for an email alert for all dealnews features.
DealNews may be compensated by companies mentioned in this article. Please note that, although prices sometimes fluctuate or expire unexpectedly, all products and deals mentioned in this feature were available at the lowest total price we could find at the time of publication (unless otherwise specified).

cooler
according to Consumer Reports, CNET, PCWORLD, etc. pro reviews and recommendations the best eReader is Nook Simple Touch at $99 without ads - twice the battery life, faster page turn that Kindle Touch ($139 without ads.), and microSD slot for extra capacity (not on any Kindle.) Nook eBooks store has over 2.5 million of paid books and about the same number of free public domain books. With Nook you can checkout eBooks from public libraries - just need to get Adobe Digital Editions (ADE) software (free from Adobe site). If you walk in with the Nook to Barnes & Noble store, you’re allowed to read any available eBook for free while in the store via free provided in the store Wi-Fi and you get free technical support in case of issues in any of the store. Nook allows for lending Nook books for two weeks thus if you have friends and family with Nooks, they can lend you their books to read.
January 5, 2012

reedii69
I have to agree with Mr Westerfield. Desktops will not go up in price. Fact is that desktops are still going to be a power house in modern computing. You forget that there are a great deal of gamers out there. Not all of them are ready to go to laptops or all in ones. Main reason is that they don't have the power to run any of the current triple AAA titles out there. Second, some people don't like all in ones. Sure, you have your niche iMac users. But people that do any type of video editing, music editing, etc ad nauseum will go for the ability to upgrade their ram, graphics cards, and sound cards to meet their demands. You can't do that with all in ones. There's a lot more consumers out there that use the computer for so much more than sending grandma cute online "glad you're still alive" ecards.

So, yeah, maybe do a little better research and not limit yourself to standing in an Apple store gathering data from a person that hasn't touched a computer for more than playing Farmville.

BrentWesterfield
#4 is just stupid.  The AVERAGE price of desktops sold will go up as consumers shift to models with monitors built in, but the actual price of units themselves isn't going anywhere except maybe down.
December 29, 2011

VIEW ALL
Blog · Buying Guides · 9 hrs ago
What's the Best Time to Buy Big-Ticket Items?
Savvy shoppers are always on the lookout for a great deal, and to help you out, we've put together guides on the best times to buy big-ticket items.
Blog · Morning Jolt · 10 hrs ago
5 Deals You Need to Know Today: The Macy's Ultimate Shopping Event Extravaganza
Macy's has arrived with its self-proclaimed Ultimate Shopping Event just in time for the weekend. Check out this offer and more in our roundup of the five best deals we found over the last 24 hours.
Blog · Buying Guides · 1 day ago
Ask an Expert: When Can I Expect a Price Drop on the TV I Want?
Do you have a question for us experts here at DealNews? If so, submit it and we might just answer it in a future column! Until then, check out our first column, which offers advice to a cost-conscious TV shopper.
Blog · Buying Guides · 1 day ago
59 LGBTQ-Owned Businesses You Can Support This Year
June is Pride Month, so if you're looking for a spate of LGBTQ-owned businesses to support with your wallet, we've got you covered! Check out our guide for 59 shops to check out now, as well as tips on how to find more.
Blog · Buying Guides · 4 days ago
The 9 Best Things to Buy in June (And 4 Things to Buy Later)
While June may be a prime time for vacations, it's also a great time to find excellent deals. Check out our guide for what to buy in June and what you should hold off on until later in the year.

Why does DealNews staffer India, love this deal? "We all have slight differences in our legs. Some more than others, enough to cause some hip and back pain. This is the simplest fix I have found. Plus, this is up to $6 less than the next best price we could find." Shop Now at Amazon

Apply coupon code "YOGAOFFER15" and "SURPRISESAVINGS" to get this for $25 under our last Memorial Day mention and the best price we've seen. Plus, you get a 3-month subscription to Xbox Game Pass for PC, which is an extra $30 value. Buy Now at Lenovo

It's $4 less than our mention from two weeks ago and $14 less than Target charges. Buy Now at Walmart

Save on refurbished items such as vacuums, laptops, headphones, and more. Shop Now at eBay

That is the lowest price we could find by $12. Buy Now at Home Depot