How to Stay Sane During the Steam Summer Sale 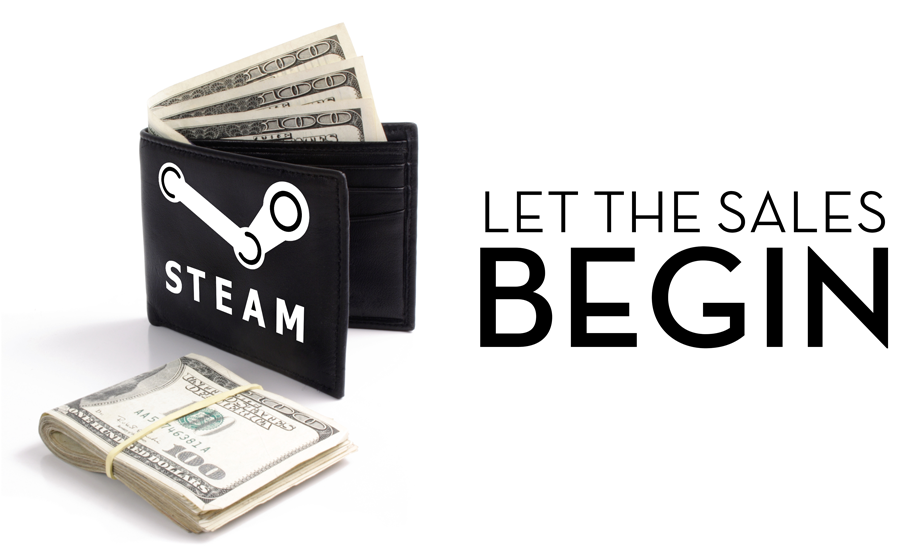 Gamers across the 'net have waited patiently, and now the time has come: The Steam Summer Sale is in full swing! But, while there are plenty of deals to be had for those of you eager to add to your gaming library, you should first read up on our tips about how to spend your money wisely. From price checking against competing sites, to advice on how to best navigate the options, here's what you need to know.

Steam's Summer Sale Cuts Up to 90% Off

First, here are the details of the sale: Gamers can click around Steam's site to find discounts of up to 90% off (as of this writing) on digital titles and DLC for PC, Mac, and Linux-based systems.

If you don't see what you want on sale now, it pays to check back often, as new flash deals happen every eight hours, and new daily deals begin each day at 1 pm ET. We haven't seen a sitewide sale of this caliber from Steam since February, so it's the perfect time to stock up on games you'll probably never play. (We kid! Kind of...)

Despite our excitement, it's important to note that this sale differs from previous Steam promotions. We've all gotten used to Steam's quarterly discount-fests, but we've also gotten used to competing computer game sales. Sadly, other digital download leaders like GamersGate, Origin, and GameFly have yet to offer up any similar big sales. Their absence could be felt by paying players, as Steam may not discount some titles as deeply as it would have if it faced more competition.

That isn't to say that computer gamers should just stick to the Steam sale. Amazon has been quietly price-matching many of Steam's best deals. This means that if you miss a title's flash sale price, then you may get a second chance over at Amazon.

Another site that could offer some non-Steam savings is Green Man Gaming. Right now, you can take 20% off most downloads via coupon code "GMG20-PJFEW-Y16HK". Although we saw a 25% off voucher a couple weeks ago, it's still a decent discount when paired with sale titles, which are found under the "Hot Deals" header.

GOG Dares to Hold Its Own Sale

We'd be remiss if we didn't mention that there is one gaming site that has dared to hold a sale at the same time as Steam: GOG. The patron saint of old-school titles has cut up to 90% off more than 700 games as part of its 2014 DRM-Free Summer Sale. Much like Steam, GOG's sale includes daily deals and flash deals, with new discounts showing up on the hour. Do yourself a favor: don't buy an older game from Steam until you've checked this sale first.

Finally, before you go hog-wild in the Steam Summer Sale, you may want to read Lifehacker's shopping guide. It's full of great explanations of the different sale types and advice on knowing when to add a game to cart. Steam sales only come around every few months, so let's make the most of this one!

Fess up, readers: How much have you spent in the current Steam Sale so far? Have you been disappointed by the selections, or are you adding the contents of every flash sale to your cart without thinking? Share your haul below!

Blog · Roundups · 2 days ago
How to Get the Best Patio Furniture Deals
From dining sets to fire pits to clearance sales, let the experts at DealNews guide you to the best discount furniture available today.

Blog · Buying Guides · 3 days ago
How to Shop a Target Patio Furniture Sale
Furnish your backyard with patio sets, and you can spend hours relaxing and entertaining. Check out our guide on how to shop a Target patio sale, then find the items you need for your outdoor escape.

Blog · Roundups · 3 days ago
The Best Men's Clothing & Accessories Deals
From adidas to Uniqlo and Allen Edmonds to Wilsons Leather, this is your guide to the best men's clearance sales, designer clothes deals, and everything discounted in the world of men's clothing.

That's the best price we could find by $30. Buy Now at Walmart

That's a savings of $14 off list price. Buy Now at Wayfair

While other sellers match this price, they charge around $5 to $6 for shipping. Buy Now at Amazon

There are great discounts in this sale as all items are marked down by at least two-thirds their original price. Shop Now at Macy's