The State of Gaming Survey: The Xbox Reigns Supreme 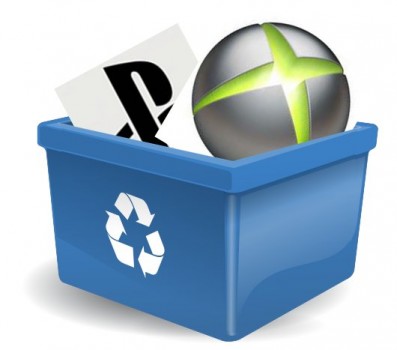 It looks like 2013 will go down as one of the biggest years in gaming. After an 8-year wait, consumers will be treated to two new mainstream consoles as Sony and Microsoft unveil their PS4 and Xbox One systems, and gamers can expect to see an army of cheap Android-based consoles from newcomers like OUYA. Plus, with E3 just weeks away, there's never been more anticipation within the gaming community.

To tap into that excitement, dealnews polled its readers to find out what they're playing, how much they're spending, and what they're doing with their consoles — when they're not fighting aliens, of course.

For the second consecutive year, dealnews readers chose the Xbox 360 as their console of choice, comfortably beating both the PS3 and Wii U. Whether or not this will give Microsoft the advantage in the next-gen console wars is yet to be seen, but 44% of our readers chose the Xbox 360 as their preferred platform. (PCs came in second at 26% and the PS3 in third at 23%.)

When they're not playing games, Xbox 360 owners are most likely to be streaming movies and music while PS3 owners use their console for watching Blu-ray movies. Only 9% of gamers use their console strictly as a gaming device, which is welcome news to Microsoft who's betting big on the Xbox One's streaming/media features.

Microsoft will also be pleased to know that 42% of gamers plan on purchasing the new Xbox One when the device debuts later this year. By comparison, only 29% of those polled said they'd purchase the PS4. (This data was processed prior to the Xbox One's press event.)

While pricing has yet to be determined for both the new consoles and their video games, the topic is very much on the mind of today's gamers as 71% said they would not pay more for next-gen games. And while both Sony and Microsoft seem to have shut the door on backward compatibility, 65% of gamers said they would not repurchase their current games for play on the new consoles.

The New Face of Gaming

Although 87% of our polled readers don't view mobile (tablet/smartphone) gamers as true gamers, many analysts predict the rise of mobile gaming will keep next-gen console sales at bay. As tablets and smartphones get cheaper, these gamers will be less inclined to drop upwards of $499 on a new console. And what money they save on hardware may wind up being spent on games, as 77% of our readers said they make in-app purchases.

Ultimately, 2013 is set to be an action-packed year. New consoles, new features, and the continuous rise of mobile gaming promise to keep gamers busy till year's end.

Chirpes
Welp. There goes another "author" from Dealnews for me to ignore all future writings from.
October 21, 2013

Pahyum
You guys should really update your poll or take this down. Because it is simply wrong.
Amazon, the world's largest retailer, ran a poll. Check it out.
June 20, 2013

AdamX
Meh, people in the US are way too brainwashed by the Xbox to be representative of the rest of the world.
May 30, 2013

GameGirl
This must be a predominantly US-based poll, and old. New polls suggest otherwise, especially with respects the next-gen:

Cilvre
this poll should be redone now that xbox one was announced, it was pulled earlier than that.
May 30, 2013