These Are the 5 Toughest Electronics to Repair

According to iFixit, they're almost impossible to fix if they break.
BY:
LOU CARLOZO
DealNews Contributing Writer

Asking yourself "Which electronic gadgets are the hardest to fix?" is a lot like wondering "Which wall is the hardest one to bang my head on?"

Trouble is, we might not know which gizmos are the most pesky to repair by ourselves (if we're so daring), or with help. But the folks at iFixit know, and in a DealNews exclusive, they've freshly compiled their overall rankings to present the five least repairable digital items from June 2014 to June 2015. We'll also include a few recent picks from their hall of e-shame, if you will.

A very special thanks to iFixit founder Kyle Wiens, a true DIY hero, for taking the time help you, the reader, head off headaches before your gadgets take a nosedive. Be sure to check the iFixit website for updated reviews. 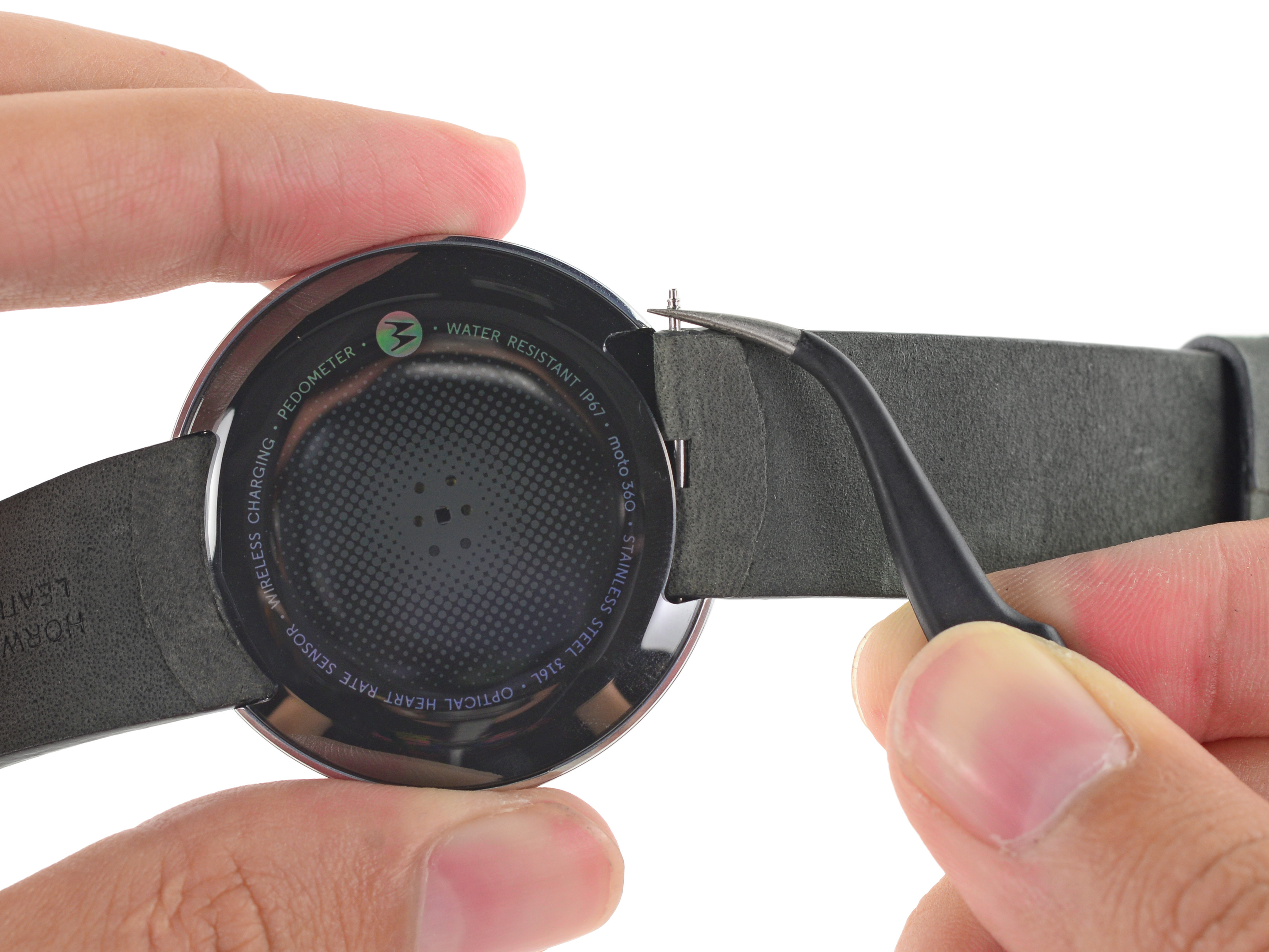 What it is: Smartwatch

iFixit verdict: "Inside, the Moto 360 feels — appropriately — like a rocky first-gen device. The rear panel is adhered in place and requires heat to remove, and then prying against the water-sealing O-ring. The battery is buried beneath the motherboard, and you've got to go through the entire device to remove and replace a cracked display." What it is: Smartphone

iFixit verdict: "For a long time, Samsung held out as the go-to manufacturer for rugged, durable, and easily-fixable smartphones. With the S5, we saw the start of a trend away from repairability. The trend continues with the S6 and S6 Edge, two phones with front and back glass (double the crackability) and batteries buried deep within adhesive. Don't drop it, and hope your battery lasts."

What it is: Smartphone

iFixit verdict: The HTC One (M7), HTC's 2013 flagship phone, was the least repairable phone we had ever seen — it scored a 1 out of 10. In 2014, the One M8 was a slight improvement, scoring a 2. Progress on repairability stopped with the M9, which is relatively unchanged. The battery is buried so deep within the device that it's basically impossible to replace. Despite being on top and only held in place with some adhesive, the display is the last component in the disassembly chain — you'll have to take the entire mess apart to fix a busted screen." 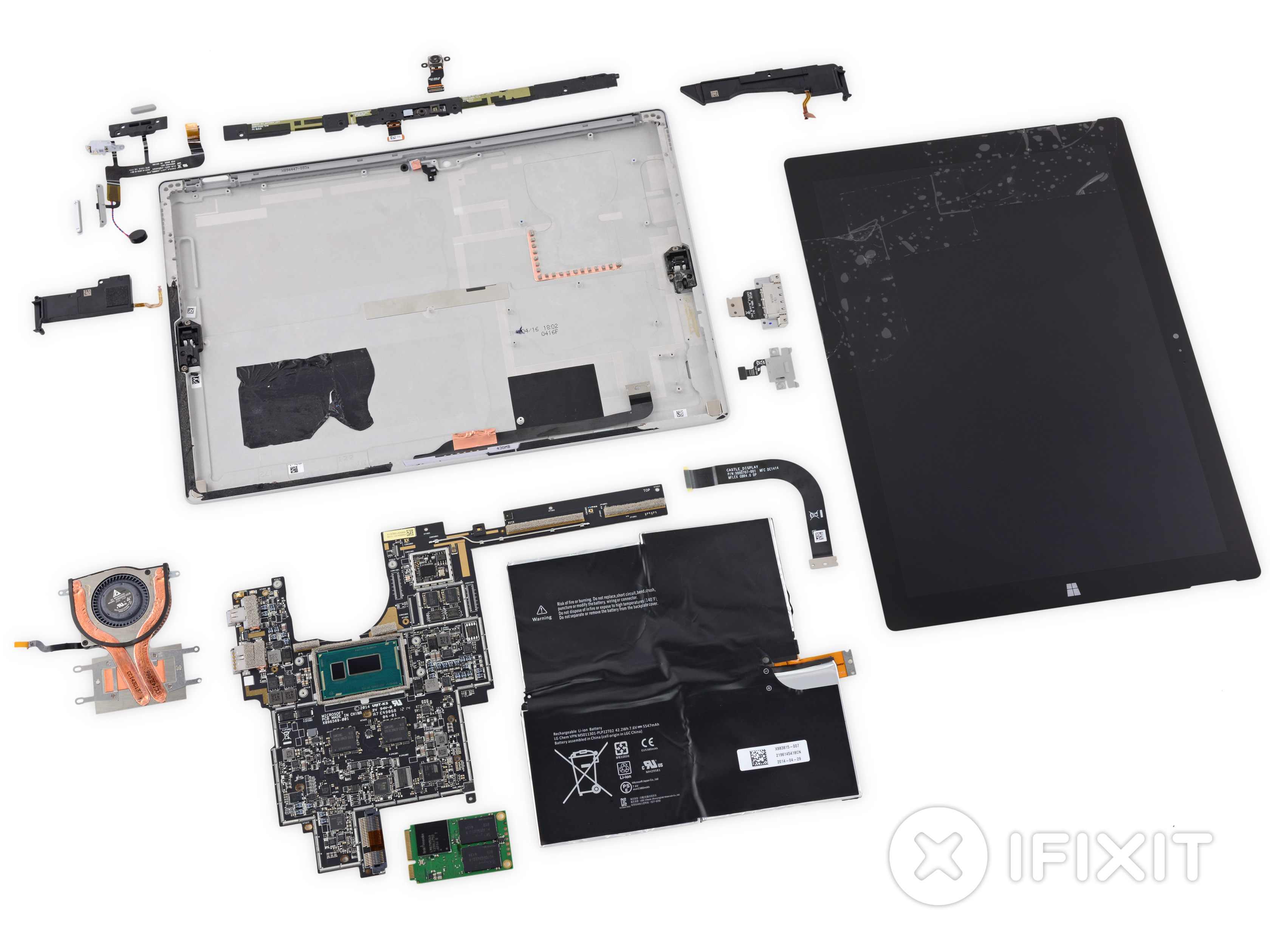 What it is: Tablet

iFixit verdict: "Another story of design without regard for repairability, the Microsoft Surface Pro 3 took what was bad about the previous two generations (locking all of the internal components behind a fragile screen held in with tons of adhesive), and made it worse. The screen is considerably thinner and more breakable. Good luck cleaning your fan or replacing the solid state drive. You'll need it." 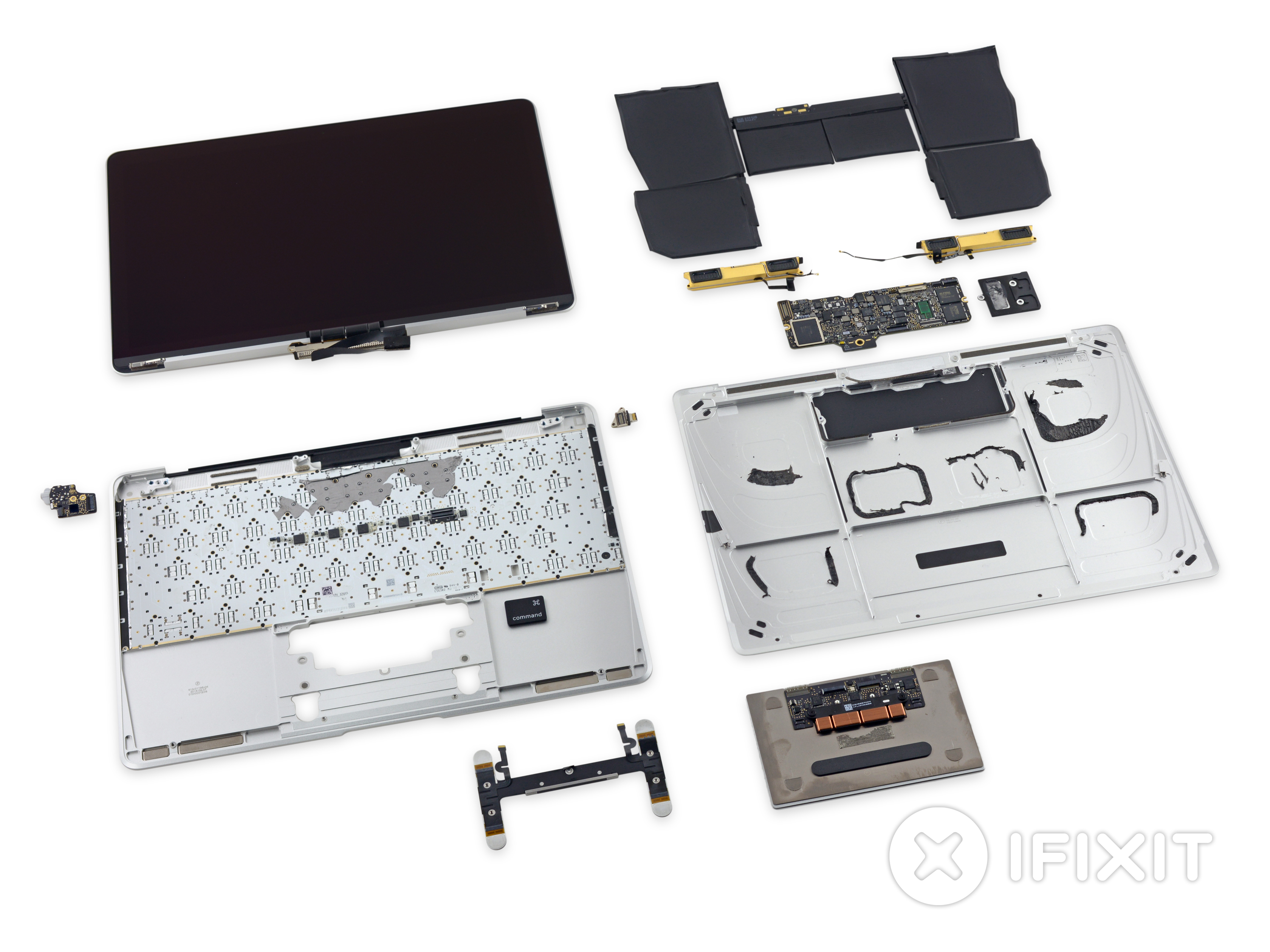 What it is: Laptop

iFixit verdict: "We see repair take a back seat in the design process for a lot of devices. For Apple's Retina MacBook, we're pretty sure repair was locked in the trunk. Proprietary pentalobe screws are used throughout, to keep you out. Once you get the right screwdriver to get inside, the battery is solidly glued in place, cables connecting the top and bottom halves of the lower case are difficult to disconnect, and the processor, RAM, and solid state drive are all soldered to the logic board and not replaceable. On top of that, the one-and-only USB-C port on the device will experience all of the wear and tear typically shared between power, USB, and display ports."


Updated versions of digital must-haves seem to come out faster and faster and faster, with the temptation to toss out and buy in stronger than ever — but not for everyone. "There is increasing interest in — and need for — repairable product design," Wiens notes. "The cell phone repair market is booming and people all over the world are learning to repair their products themselves. People make a huge investment in their electronics, and they shouldn't be forced to replace them when small things break."

Fortunately, iFixit fans and creative consumers have a better idea. "Repair should be the default, not the exception," Wiens says, "and we're making progress in that direction."

Ovaltine
"Despite being on top and only held in place with some adhesive, the display is the last component in the disassembly chain - you'll have to take the entire mess apart to fix a busted screen."

Reminds me of the old 12-inch Powerbook G4. I had a busted latch on one. Despite being part of the bezel around the LCD, every other single part had to be taken out both top and bottom before I could replace the bezel. And there was at least 15 different sizes and lengths of screws on that laptop.

LonnieMcClure
The section title says "Apple MacBook Pro Retina", but it is clearly talking about the MacBook, as it references the single USB-C port and "Apple's Retina MacBook". (While it might have a "Retina" screen, that isn't part of the product name, as there is no non-Retina model. Apple's only non-Retina notebook models are the Air and non-Retina Pro).
July 15, 2015

illkitty
For the most part, I try to take repairability into account when I purchase my electronics. However, with smartphones and tablets, I just try to purchase them for as little as I can, and take care of them, because as this article points out, a lot of these lightweight, technology marvels take a small miracle to fix, and are just better off replacing when they bite the dust.
July 15, 2015