Explore Europe on a Budget (No Backpacks Required)

Is there anyone who didn't dream of backpacking through Europe after high school or college? Embarking on a European adventure still sounds like an unforgettable experience — minus the backpack and shared bathrooms of crowded youth hostels. Thankfully, it's still possible to explore Europe on a budget with these vacation deals that offer convenient transportation and luxurious accommodations. (Backpack optional.) 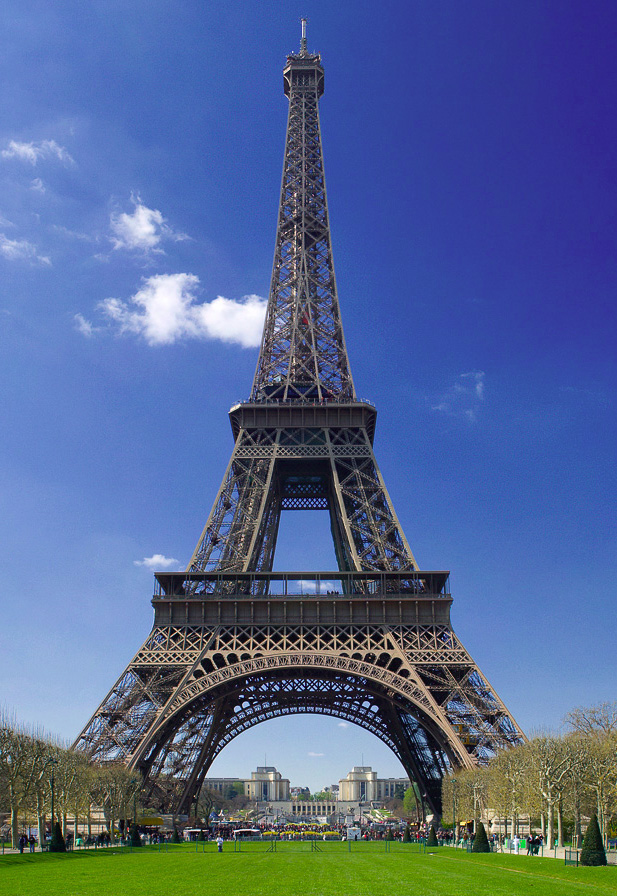 The Iconic Cities of Paris, Rome, London, and Barcelona

When it comes to European travel, there are four cities that first spring to mind — Paris, Rome, London, and Barcelona, each with fascinating pasts and vibrant futures. These deals below allow you to choose your accommodations from a hundreds of options within each city, so you can select a location and hotel that best suits your style.

Book a Paris and Barcelona 6-night vacation package for two (from $2,235.56,a low by $163; expires October 18), which includes your flights from New York City to Paris, Paris to Barcelona, and your return flight from Spain. During your 3-night stay in Paris, stroll along the Seine, visit Notre Dame de Paris, behold the Mona Lisa at the Louvre, sample French cuisine, and contemplate your existence at a French café. A 3-night stay in Barcelona gives you time to wander the tree-lined path of La Rambla, visit the waterfront, and take in the fantastical creations of architect Antoni Gaudí, whose famous La Sagrada Familia cathedral, started in 1882, is still under construction.

Have a Parisian adventure and a Roman holiday with a Paris and Rome 6-night vacation package for two (from $2,271.54, a low by $287; expires October 18) at the lowest price for this vacation we've seen all year. This includes roundtrip airfare to Paris and from Rome, as well as airfare between the two cities. You'll have a 3-night stay in Paris before moving on to the Eternal City. During your 3-night stay in Rome, be sure to check out the ancient sites and take in some modern Italian cuisine and nightlife.

Why not add London to your itinerary with this London, Paris, and Rome 7-night vacation package for two (from $2,754.48, a low by $384; expires October 18)? This vacation package also includes roundtrip airfare and flights between destinations. Your 3-night stay in London means you can visit the classic sights, such as Buckingham Place, Big Ben, and Westminster Abbey, as well as the new additions to the changing city, like the London Eye, an immense Ferris wheel along the Thames that provides a sweeping view of the city. London's current dining scene puts those old jokes about British cuisine to rest, from Yotam Ottolenghi's innovative fare to gastropubs like The Cow Pub. Once you've had you fill of tea and crumpets or fish and chips, head over to the City of Lights and enjoy a 2-night stay in Paris, before rounding our your vacation with a 2-night stay in Rome. 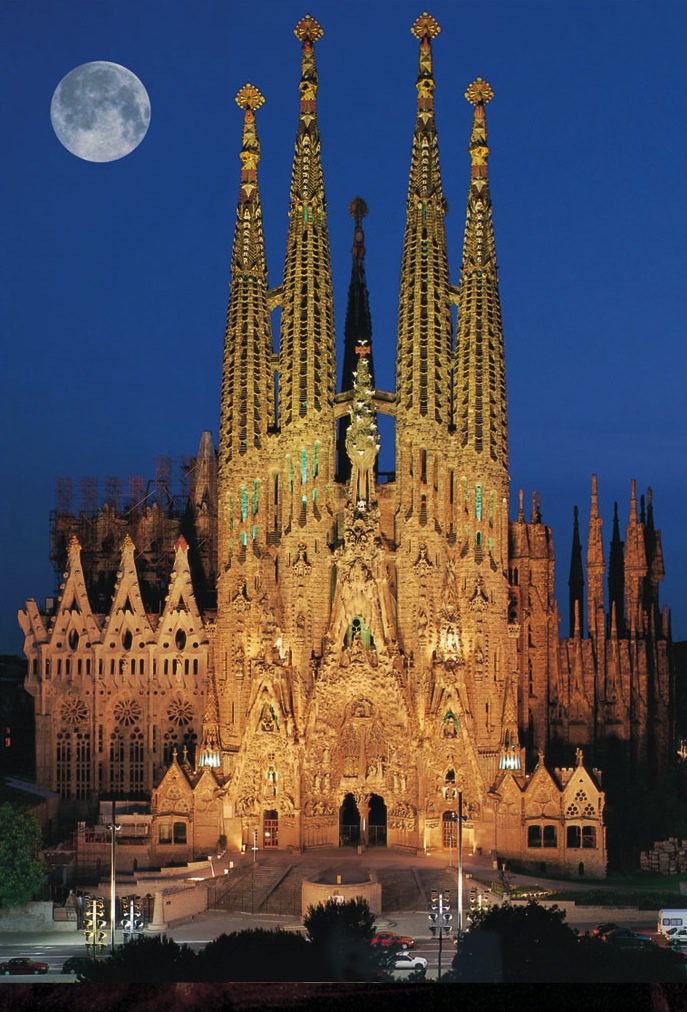 Immerse yourself in Spanish culture during a Madrid and Barcelona 6-night vacation package for two (from $2,010.70, a low by $828; expires October 18) and you may not want to leave. This is the cheapest multi-city Spain vacation we've seen this year, and it includes roundtrip airfare and the flight between the country's two most populous cities.

Begin your getaway with a 3-night stay in Madrid, the historic capital of Spain. Be sure to visit the Plaza Mayor and Puerta del Sol — bustling city squares where you can grab a table at a local café and people-watch — and the "Golden Triangle of Art" comprised of the Thyssen-Bornemisza Museum, the Prado Museum, and the Reina Sofia. Dine at the world's oldest restaurant, Casa Botin, which was established in 1725 and has since drawn praise from everyone from Ernest Hemingway to Jack Nicholson. You'll also have a 3-night stay in Barcelona, home of the Picasso Museum and the surreal parks of Güell Pavilions and Parc Joan Miró. 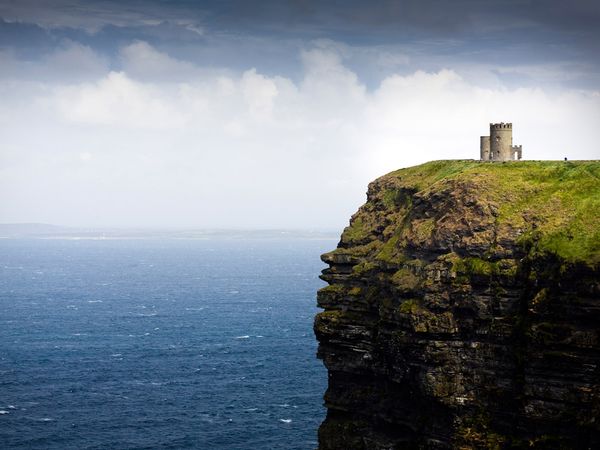 With this Ireland 6-night vacation package and car rental for two (from $1,607.15, a low by $399; expires October 15), you can explore the Emerald Isle at your own pace — and on a budget, seeing as it's the second-cheapest 6-night Ireland vacation we've seen all year. This package includes roundtrip airfare to Dublin and from Shannon, as well as a 5-day car rental and accommodations in Dublin, Galway, and Limerick.

Start your vacation with a 2-night stay in Dublin. Learn the right way to pour a Guinness at the Storehouse, shop along Grafton Street, and take a stroll over the River Liffey on the Ha'penny Bridge, where couples leave padlocks inscribed with their names or initials. Enjoy a 2-night stay in Galway, where you can take in some traditional Irish folk music, buy souvenirs along the cobblestone Shop Street, and visit the Hall of the Red Earl. Then take a scenic drive for a 2-night stay in Limerick, established as a Viking town in the 900s. Now it's home to shops along Cruise's Street, the Living Bridge, and King John's Castle. 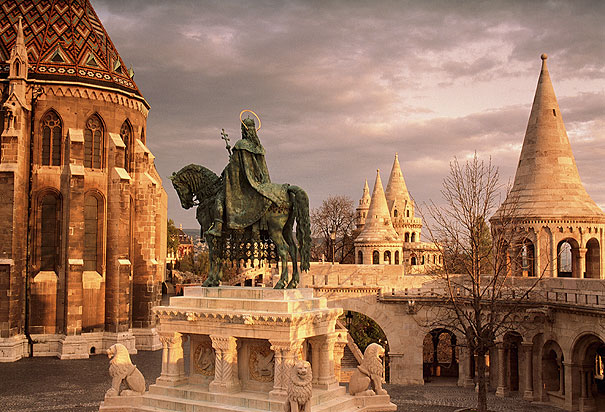 Head to the central part of Europe and experience three beautiful, unique destinations with a Prague, Vienna, and Budapest 7-night vacation package for two (from $2,410.61, a low by $467; expires October 18). Not only is it the cheapest 3-city European vacation we've seen this year, this deal includes roundtrip airfare between Newark, NJ, and Europe, and transportation by train between the three cities.

Your trip begins with a 3-night stay in Prague. Among the must-sees are the historic Charles Bridge and Prague Castle, situated on a hill that overlooks the city, as well as Old Town Square, where the striking dark spires of the Týn stand out among the city's distinctive red-tiled roofs. Literary fans should check out the Franz Kafka Museum — or at least the sculpture/fountain of two men peeing, and a nearby hot air balloon ride for spectacular views of the city and time to mull your Kafka-esque thoughts.

Board a train to embark on your 2-night stay in Vienna, former home of the Austro-Hungarian Empire and composers such as Mozart. Be sure to sample the Mozartkugel candies and Sachertorte, visit the Schönbrunn Palace, and catch a glimpse of the Lipizzaner Stallions. Board another train bound for a 2-night stay in Budapest, the Hungarian capital made up of two cities — Buda and Pest, situated on either side of the Danube River and united in 1873. Not only is Budapest the most affordable city in the world, its arguably one of the most beautiful, and the Hungarian culture is as unique as the language. Fisherman's Bastion provides spectacular views of the city, and Gellért Hill is a popular place for a panoramic view that includes Buda Castle, the Parliament Building, and the Széchenyi Chain Bridge. 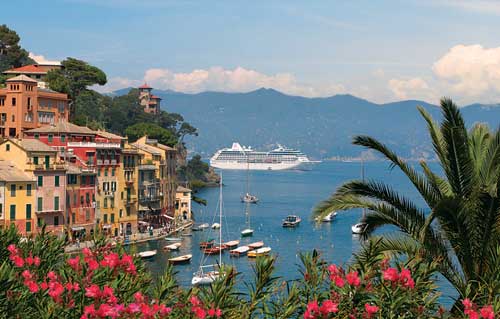 Visit multiple destinations by booking a Costa Cruises 5-night Mediterranean cruise for two (from $580, a low by $18; expires November 4), the cheapest 5-night Mediterranean cruise we've seen from Costa Cruises all year. Every day, you'll stop in a new destination, departing from and returning to Barcelona. First, soak up the sun on a beach on the Spanish island of Palma de Mallorca, before sailing to Alaccio, Corsica, the birthplace of Napoleon Bonaparte before becoming a modern-day resort town. The Costa Mediterranean also docks in Marseille, France, where medieval architecture and the historic port meld with modern European culture, and in Savona on the Italian Riviera, former home to Christopher Columbus.

Or opt to explore a different area of the Mediterranean, with a Holland America 7-night Mediterranean cruise for two (from $598, a low by $20; expires October 15), the second least-expensive 7-night Mediterranean cruise we've seen this year from any cruise liner. Named the "7-Day Homeric Quest," the cruise begins in Piraeus before sailing to Katakolon, also in Greece and ancient site of the Olympic games and a gold-encrusted statue of Zeus, and to Kerkyra (Corfu), a Greek island of vineyards and olive orchards. The ship also docks in Kotur, a UNESCO World Heritage Site located on a bay in Montenegro, Serbia, and the Croatian city of Dubrovnik, established in the 7th century and the location of one of the best-preserved medieval towns. After a day at sea aboard the ms Ryndam, the ship arrives in Italy, with a day in Naples, where you can view ancient Roman treasures and answer the modern-day siren call of fresh Neapolitan pizza, before disembarkation in Rome. 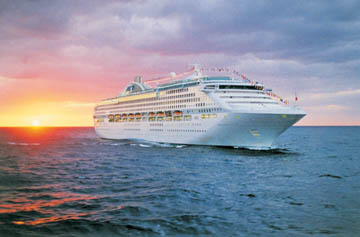 For a leisurely trip across the Atlantic, book a Norwegian Cruise Line 11-night Transatlantic cruise for two (from $998, a low by $40; expires October 14), the third least-expensive transatlantic cruise we've seen from Norwegian this year. Depart from Miami, where you'll have a full week to find your sea legs aboard the Norwegian Epic. As the ship's name implies, you'll find plenty to do and ways to spend your $25 onboard credit, with restaurants, bars, pools, a bowling alley and entertainment from the Blue Man Group. Then dock in Funchai, Madeira, a mountainous isle renowned for its beaches and wine, before reaching the ship's final port of call in Barcelona.

Whether you want to explore sandy beaches or medieval cities, take a journey inspired by an epic poem or a transatlantic cruise aboard a ship with an epic name, we've got a European vacation package for you. If your travel plans include destinations other than Europe, be sure to have a look at our weekly roundup of the best travel deals for additional discounted flights, hotels, and vacation packages.

VIEW ALL
Blog · Buying Guides · 1 hr ago
The 7 Best Things to Buy in July (It's More Than July 4th Sales!)
Independence Day sales are everywhere in July, but the savings go far beyond that one holiday! Check out our guide on what to buy in July and what to avoid until later in the year.
Blog · Morning Jolt · 15 hrs ago
5 Deals You Need to Know Today: Light Bulbs from 49 cents at Ace Hardware
On your marks it's bright savings! On light bulbs. At Ace Hardware. Check out this offer and more in our roundup of the five best deals we found over the last 24 hours.
Blog · Buying Guides · 1 day ago
24 Items Worth Buying on the Northern Tool Website
If you're in the market for new tools, it's worth shopping a dedicated tool retailer. Check out our diverse list of what to buy on the Northern Tool website, whatever project you're planning!
Blog · Roundups · 2 days ago
Affordable Gaming Laptops
If you're looking for our current list of the finest gaming laptops at the finest available prices, welcome. There's deals aplenty on high end laptops and more budget conscious options as well as some associated accessories that might enhance your overall laptop gaming experience.
Blog · Consumer News · 2 days ago
The 158 Best Military Discounts in 2021
If you're an active-duty service member or veteran who's searching for military discounts, we have good news! Our guide to the best military discounts in 2021 tells you where and how much you can save.

Apply coupon code "DNEWS908621" for the best price we could find by $6. Buy Now at UntilGone