These Are the Toys You're Looking For: The 11 Coolest Vintage Star Wars Figures

From stars like Vader to awesome oddities like Amanaman, we roundup the best of these famous collectibles.
BY:
MATT DRACULA
DealNews Contributing Writer

With The Force Awakens so close to debuting, old-school Star Wars nostalgia is an at all-time high. For many fans, nothing screams "retro Star Wars" quite like Kenner's famous action figure series, which began in 1977 and continued through the entire original trilogy.

By the time the toy line concluded, there were around 100 different Star Wars figures to collect. If you grew up obsessing over Jedi powers and outer-space dogfights, you probably owned quite a few of them!

It was no easy task, but here are what we consider the 11 coolest vintage Star Wars figures, mixing some of that galaxy's most popular characters with a few of its strangest aliens. How many of them did you have? 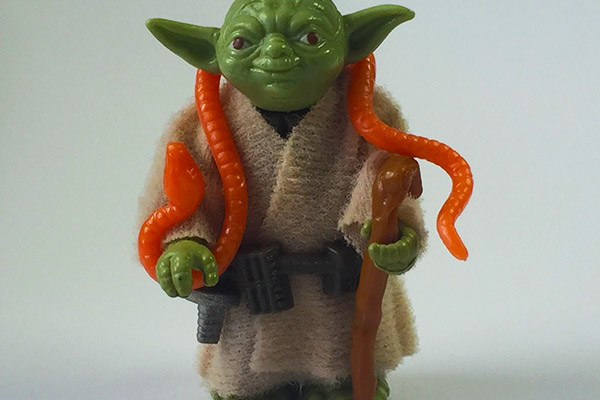 To compensate for Yoda's size (this was the smallest figure in the whole collection), Kenner went heavy on the accessories. Yoda came with a removable cloak, tool-loaded belt, walking stick, and best of all, a pet snake!

You might remember snakes littering Yoda's humble abode in The Empire Strikes Back, but no, he never wore them like some alien version of Alice Cooper. Maybe he should've — it was a good look for the Jedi Master! 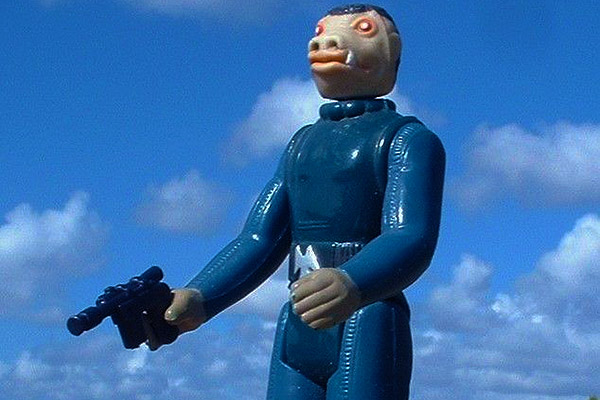 The "real" Snaggletooth figure — the one that more closely resembled one of the "cantina aliens" from Star Wars — was an inch shorter and wore a red outfit.

This so-called "Blue Snaggletooth" was available as part of a Sears-exclusive cantina playset. He was taller, more suave, and looked nothing like any of the aliens seen in the film. Since the figure was never sold individually, it's quite rare, and it has become one of the must-have oddities for Star Wars collectors. 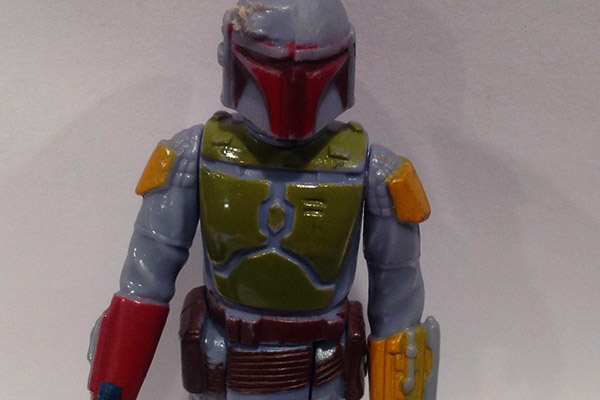 Arguably the coolest figure in the entire set, every kid had to have Boba Fett! The antihero of the Star Wars universe remains one of its most popular characters to this day.

Though Boba Fett was introduced as one of the bounty hunters in The Empire Strikes Back, his figure came out at the tail end of the Star Wars era, meant to whet collectors' appetites and get them excited for the slew of new toys yet to come. (Mission accomplished!) 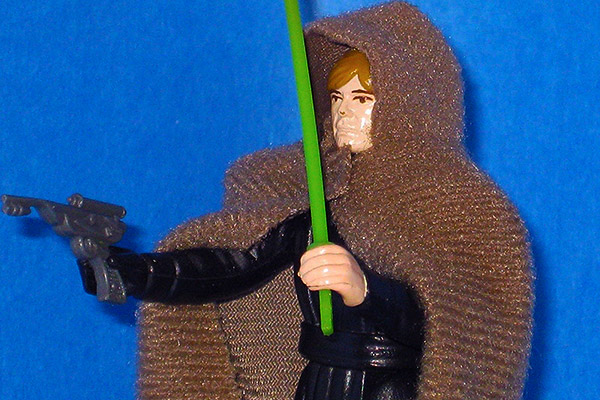 Of the seven (!) different Luke Skywalker figures available in the vintage line, I've always been partial to "Jedi Luke," cool as a cucumber in his all-black outfit. The removable cloak and lime green lightsaber were killer accessories, and really, this was the first of Luke's figures that looked more "hero" than "boy." 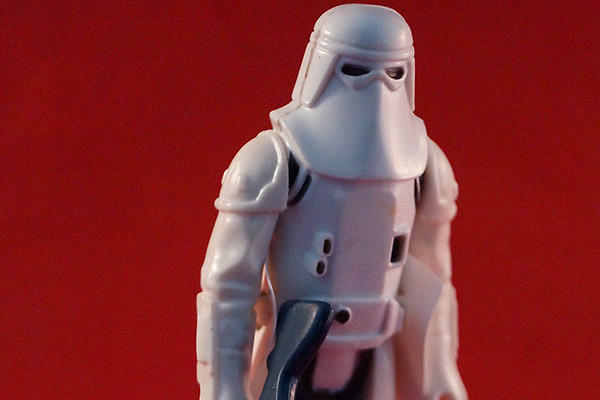 More commonly known as "Snowtroopers," these soldiers braved the freezing temperatures of Hoth to smash Rebels in The Empire Strikes Back.

While the regular Stormtrooper figures were more common and probably 10 times as popular, to me they always looked a bit too thin (and like sad pups) to seem threatening. By contrast, the Snowtrooper figures were bulkier and more intimidating, and felt like a much fairer match for Han and Chewie! 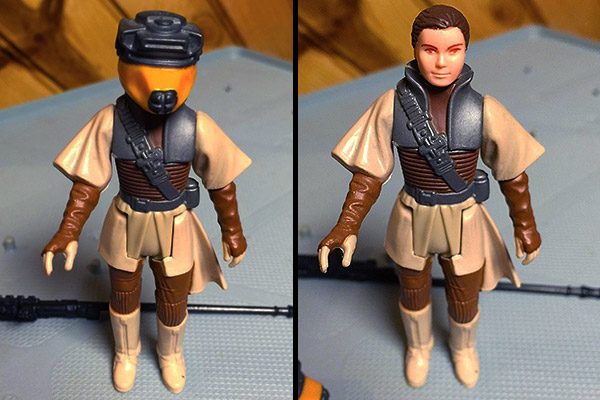 Easily the most interesting of Leia's five vintage action figures, the big draw was a removable rubber mask, which let her switch from "princess" to "weird alien robot dude" in two seconds flat. 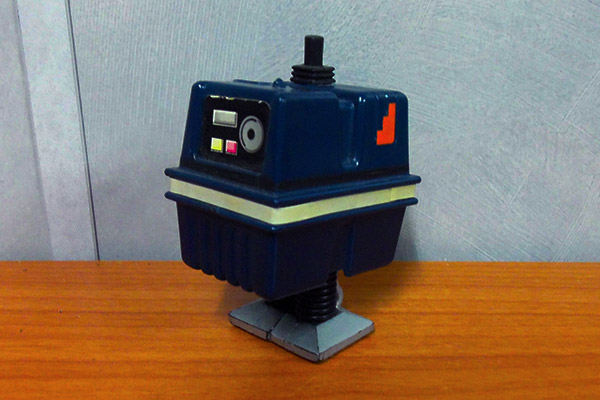 Since giving R2-D2 the "droid slot" is too easy, I'll instead use this space to celebrate the awesome Power Droid, one of the simplest and perhaps even crudest of all vintage Star Wars figures.

Essentially a trash receptacle with legs, this was one of the droids peddled by the Jawas in Star Wars. Unfortunately, no photo could possibly convey the figure's coolest feature: a neat "clicking" sound made by moving its legs! 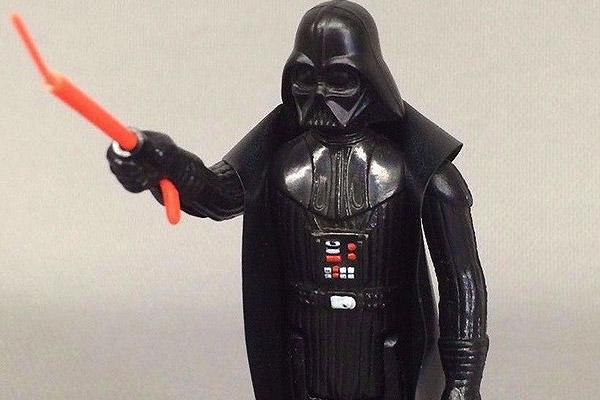 It's an obvious inclusion, sure, but how could I do a list of the greatest vintage Star Wars figures and not include Darth Vader?

One of the first figures made, Vader was continually produced throughout the original trilogy, and may very well be the most popular Star Wars figure of 'em all.

The simple plastic cape and sliding lightsaber had already become outdated by the time the toy line concluded, but we didn't care. This was Darth Vader, baby! The Dark Lord of the Sith! How could you possibly "play Star Wars" without him? It'd be like Yahtzee without the dice! 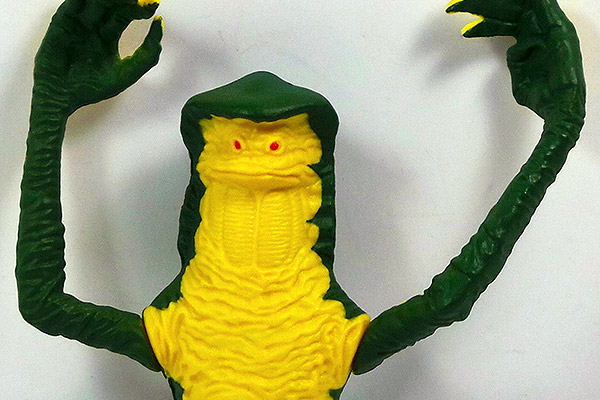 The final Star Wars figures were sold under the "Power of the Force" banner, and among them are some of the set's rarest finds. I never saw Amanaman in stores as a kid, and wouldn't see one in person until well into adulthood.

Perhaps the oddest figure in the whole series, Amanaman was briefly seen in Return of the Jedi as another of the wacky aliens who hung out with Jabba the Hutt. This hulking mass of frog flesh is now a crown jewel for collectors, with even loose specimens routinely fetching well over $100. 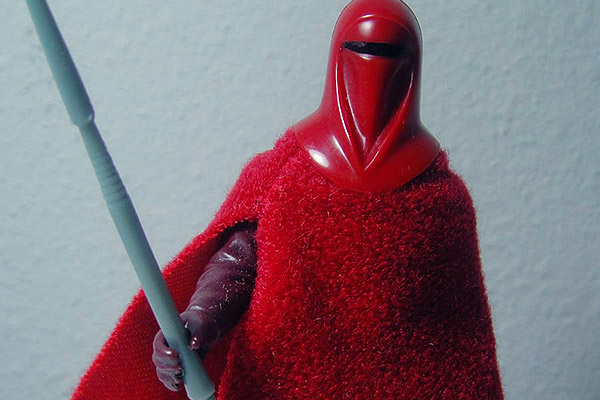 I'm in the minority, but I cannot tell a lie: This is my favorite Star Wars figure EVER.

Though the Emperor's Royal Guards acted mostly as "ornaments" in Return of the Jedi, I was immediately struck by their slick helmets and crimson robes. Who says that fanatically devoted warriors can't be fashionable?

Everything that made the characters so intriguing in the film was perfectly captured with this action figure. They may have been bit players on the big screen, but in my childhood bedroom, the Emperor's Royal Guard had a tighter story arc than Luke Skywalker! 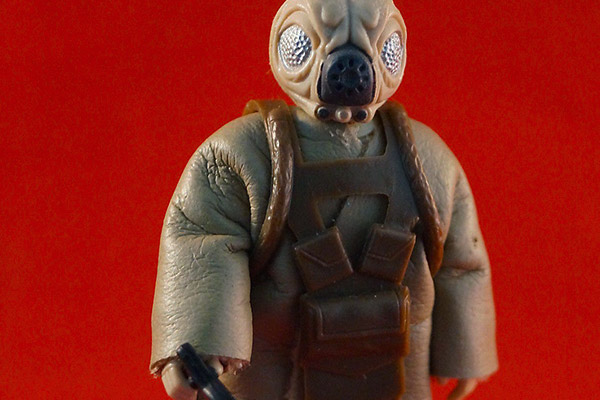 Another of the bounty hunters briefly seen in The Empire Strikes Back, this guy was over the top, with a head like a robot bug and an outfit straight out of Grace Jones' closet.

Interestingly, the 4-LOM name is technically incorrect. A snafu led Kenner to call this figure "4-LOM" and another bounty hunter "Zuckuss," while canonically, those names should've been reversed. So yes, this is actually Zuckuss. Admit it: He does look more like a Zuckuss than a 4-LOM.

Did you grow up with Kenner's Star Wars figures? Which ones were your favorites? Which ones could you never find in stores? Share memories in the comments!


Matt has been blogging about geeky nonsense since early 2000. You can view more of his weird work on Dinosaur Dracula, or follow him on Twitter @dinosaurdracula.
DealNews may be compensated by companies mentioned in this article. Please note that, although prices sometimes fluctuate or expire unexpectedly, all products and deals mentioned in this feature were available at the lowest total price we could find at the time of publication (unless otherwise specified).
Leave a comment!

Blog · Morning Jolt · 2 days ago
5 Deals You Need to Know Today: Save Extra on 100 Converse Styles
There are pros and cons to any purchase, but in this roundup, there is prose on Cons. Check out this offer and more in our roundup of the five best deals we found over the last 24 hours.

Save on a selection of 300 winter items including jackets, shoes, outdoor gear, and more. Shop Now at Backcountry

Apply code "NEW25" to save on Ecco's Featured Deal, a selection of men's and women's casual and dress shoes. Shop Now at Ecco

Each night from March 8 through March 11, use the Woot! app to score limited $1 deals. Buy Now at Woot! An Amazon Company

That's the lowest price we could find by $2. Buy Now at Amazon

Use coupon code "PREP4SPRING" to bag a $9 low. Buy Now at eBay