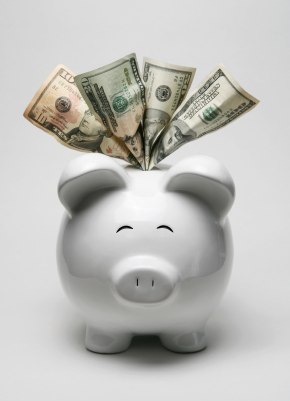 Does the sagging economy, national debt, and our previous list of the 11 things that will be more expensive in 2012 have ya feeling down? Well, here's something to look forward to: to help counteract some of that 2012 gloom, we've gathered 12 items we predict will cost less in the coming year. From TVs to laptops, cash-strapped shoppers should keep an eye on prices for these items; even wine might see notable discounts next year! So cheer up and read on for the good consumer news.

1. Apple iPad 2
The iPad 3 will not feature a significant price drop (if any at all), but one thing is guaranteed — Cupertino's forthcoming tablet will most certainly bring down the price of refurbished iPad 2s. (As the iPad 2 did for its predecessor.) The iPad 3 may even cause resellers to offer more deals on new iPad 2 models as they try to move yesterday's tech to make room for Apple's latest and greatest.

Oenophiles, perk up! Wine connoisseur extraordinaire, Robert Parker, predicts the coming year to be the "Age of the Buyer" — a prolonged period of time with stable or declining wine prices. With less disposable income, folks have left wines priced at $30 and above untouched on store shelves. So to move stock, retailers are expected to offer more sales and even flash deals on wines. Price is also affected by industry competition, as consumers note the quality-to-price ratio from wines originating in countries like Australia, Argentina, South Africa, and Chile. Aficionados should check out sites like Lot 18 for their boozy offerings.

3. Desktop Replacement Laptops
Intel's Sandy Bridge CPUs may be dominating the laptop landscape, but it's AMD's recession-friendly Fusion APUs that are driving prices down, particularly in the realm of desktop replacements. The star of the show is AMD's A Series APU, which promises better battery life, better video playback, and more affordable prices among desktop replacements. Just last week we saw systems plummet to $350, an unprecedented price low for any desktop replacement.

4. Android Tablets
The Kindle Fire has been Amazon's most successful product ever launched. The release of this groundbreaking tablet has, a-hem, ignited a fire among tablet manufacturers as they scramble to match Amazon's $199 price tag. For consumers, the competition translates to better tablet bargains in 2012. 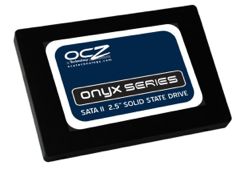 The floods that hit Thailand in 2011 created a shortage of hard drives and a subsequent spike in prices. Solid state drives, however, were not affected by the flooding and while their cost per gigabyte is still higher than that of a traditional hard drive, their demand is now greater. In addition, dealnews data shows that SSD prices are steadily dropping; in 2011 the price of a 64GB SSD drive dropped 33% while the price of a 128GB drive dropped 21% — a trend that we expect will continue in 2012 as more SSDs permeate the market in place of 2.5" hard drives.

6. Car Rentals
Gas and airfare may be going up in 2012, but car rental rates are expected to remain flat, as agencies across the country reportedly have excess cars available. More stock and subsequent competition is thus expected to keep rental rates low throughout the new year, and we anticipate to see an increase in the number of discounts on car and SUV rentals.

7. eBook Readers
Each new generation of Amazon's Kindle reader has chipped away at the eBook reader's price tag, sometimes by as much as 61%. Assuming there's a new Kindle in 2012 (rumor has it that an e-Ink update with video support will debut), we expect to see continued price cuts on Amazon's popular eBook reader, sending previous Kindle models into all-time low price territory.

In 2011 the price of a refurbished 4th generation 11" MacBook Air dropped from $849 to $699 (17%). Not bad for a notebook that's single-handedly changing the laptop industry. Apple is bound to refresh its MacBook Air in 2012, and the new model (which would be the 6th generation) is guaranteed to drive refurb prices down even lower. Don't care for a refurb unit? In 2011 we also saw aggressive deals on new, current 5th generation MacBook Airs with prices dropping from $999 to $850 (14%).

9. Standalone GPS Units with Lifetime Maps
The smarter our phones get, the greater the number of gadgets they're capable of replacing. And no gadget is as close to extinction as the GPS unit. So it comes as no surprise to see manufacturers slash prices on standalone GPS units with lifetime / live maps. dealnews data shows that in 2011, units that were once fetching around $160 reached price-lows of just $70.

We love Roku, but when Blu-ray players with built-in streaming start to cost less than the price of a Roku box, it's time for the latter to get aggressive. In order to remain relevant in 2012, media streamers (such as the Roku player and Boxee Box) must out-price Blu-ray players. We anticipate seeing more deals and lower prices on these electronics.

11. 3D HDTVs
3D HDTVs are a tough sell. Not only are they pricier than traditional CCFL-based LCDs and standalone LED-based sets, but they also require a bigger investment as you'll have to purchase 3D glasses, a 3D Blu-ray player, and 3D Blu-ray discs to get the most from your 3D TV. In 2011, we saw prices for 55" 3D televisions drop 33% from $1,499 in January to $999 in December. The new year will bring an influx of new 3D TVs, which means vendors will try to combat lagging sales with discounts on 2011 3D HDTV models.

12. Home Prices
Despite record-low mortgage interest rates, United States home prices are expected to limp their way into the coming year. In 2011, average home prices across the country were down 3.4% (compared to the same period of August to October, 2010). And with unemployment expected to remain high, 2012 is looking like it will remain a buyer's market.


Excited for these less-expensive items next year? Start preparing by setting up a dealnews email alert now, so you'll receive a message as soon as we see a discount on the category or specific product of your choice. While we can't help you find a better price on a home, we can certainly point you toward cheaper electronics and other online goods.

Libbygirl
Re #12:  Housing is still overvalued in most places.  And I know you're trying to be positive, but cheaper wine, car rentals and tech gadgets mean little to the unemployed.
January 11, 2012

cooler
Is the writer on pay from Amazon - he only writes about Kindle but completely ignores Nook devices from Barnes and Noble that are #2 right after Kindle and are strongest Amazon's competition. E-Ink Nook Simple Touch from Barnes & Noble (at $99 with no ads) has twice the battery life of Kindle Touch ($139 without ads), faster page turns than Kindle, and microSD card slot to expand capacity that neither Kindle has. With Nook you can checkout eBooks from public libraries - just need to get Adobe Digital Editions (ADE) software (free from Adobe site). Also it's worth mentioning that if you walk in with any Nook to Barnes & Noble store, you'll get tech support and you’re allowed to read ANY available eBook for free while in the store via free provided in the store Wi-Fi where Nook eBook store has over 2.5 million of paid books and about the same number of free public domain books.
Nook Tablet has been getting rave pro reviews on the web and it is the best device in it's class. It's got Netflix, Hulu, Pandora, Angry Brids, etc., the best battery life (30% better than Fire), the best non-glare laminated screen (vs. very reflective non-laminated Fire screen), double the RAM and space for apps/photoes/movies than Kindle Fire, microSD slot and a microphone for Skype (not on Kindle), physical volume controls on the side (not on Kindle) and much zippier performance during video playback and apps usage than choppy/laggy act of Kindle Fire according to many user and pro's reviews.
January 5, 2012

VIEW ALL
Blog · Morning Jolt · 32 mins ago
5 Deals You Need to Know Today: Extra Savings on Macy's Clearance
We may be in the eye of the storm in between Black Friday and Christmas, but there are still huge savings to be gleaned fro Macy's clearance section. Check out this offer and more in our roundup of the five best deals we found over the last 24 hours.
Blog · Buying Guides · 2 days ago
What Is Green Monday? Don't Miss the Green Monday Sales in 2022
Black Friday and Cyber Monday have come and gone, but it isn't too late to find good deals on your holiday gifts! Check out what to expect from Green Monday 2022, including when it happens this year and the discounts we'll likely see.
Blog · Buying Guides · 3 days ago
The 8 Best Things to Buy in December (Including After Christmas Deals!)
Even with a longer sales season, Black Friday is still the biggest shopping occasion of the year for many. But the deals don't end after that day or Cyber Monday. Check out the best buys of December, as well as the items to wait on.

Clip the on-page coupon and checkout via Subscribe & Save to get this price, making it at least $8 less than other stores. Buy Now at Amazon

That's $10 less than what Walmart charges for the tablet (without the keyboard). Buy Now at Sam's Club

There's similar sets (without balls, a bag, or tees) going for over $20 elsewhere. Buy Now at eBay

That's the best price we could find by $35. Buy Now at Dell Technologies