You Can Now Stream Hulu for Free on Android Devices

It may be awhile before iOS fans can join Android users in the free streaming. Meanwhile, Hulu hints that not all Hulu.com content will be available for mobile.
BY:
LOUIS RAMIREZ
DealNews Contributing Writer 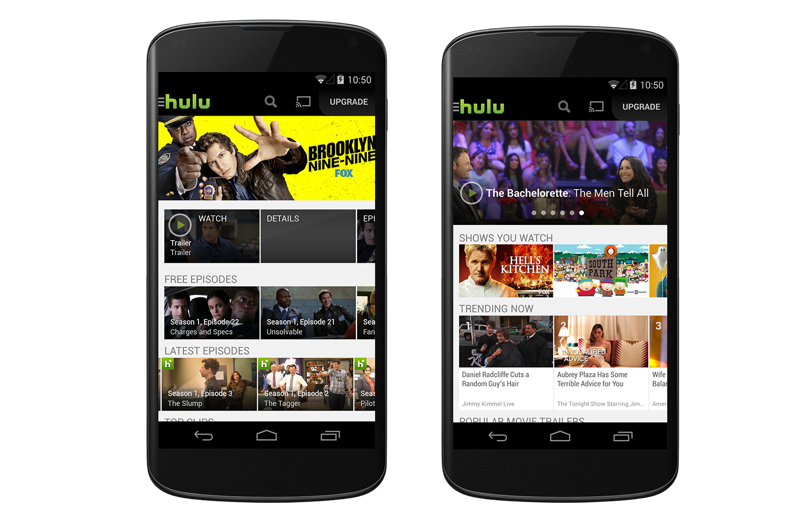 Hulu is finally delivering on its promise to bring free programming to mobile devices. Back in April, the popular streaming service announced it would bring subscription-free streaming to its mobile app; prior to this announcement, free streaming was chained to desktops and laptops, and only paying Hulu Plus subscribers could use mobile.

After months of silence, the company just updated its Android app, which now lets users enjoy ad-supported shows from their smartphones and tablets. However, not everyone is invited to the party.

Android Gets the Green Light, iOS Still in the Works

Currently, the new app is only available via the Google Play Store, which means it only supports Android devices. Apple iOS fans will have to wait indefinitely.

The complications could stem from Apple's app policy, which takes a 30% cut of all in-app purchases made within iOS. Hulu isn't the first company to gnash its teeth over this policy, but until it can find a way to sidestep Apple's tax and avoid sharing its profits, there will likely be no iOS version of Hulu's app.

In the meantime, Android fans can stream the same free content that was exclusive to PCs on their mobile devices. Users will even be able to upgrade to Hulu Plus directly within the app.

But before taking your tablet on a Hulu-streaming binge, take note: not all shows will be available on mobile. In its latest blog post, Hulu writes that while most of the content available via the app will mirror the ad-supported content on Hulu.com, there will be some exceptions. The company didn't elaborate further, but it doesn't sound like a major issue.

Furthermore, while the new app will support most Android handhelds, Google has yet to confirm if the updated app will support other devices like its Chromecast streamer or Amazon's Kindle Fire. Click here for more information from Google and Hulu.

Will you take advantage of free Hulu streaming for Android? Will it change how you catch up on your shows? Let us know in the comments below.

CSkow
I certainly wouldn't throw away a great iPhone simply for Hulu. Their service isn't all that.BTW - Hulu does not work on all android devices. Google TV is still not included.
August 6, 2014

Windmere35
This is good for android GooglePlay? What about the Amazon android market and the many Kindle owners?
August 5, 2014

weid
make me want to say that android users are so lucky.
August 4, 2014

fyxer
I am not sure i will bother with it. I made an account and could never find anything other than a preview clip to watch and a constant nag to upgrade to a paid subscription.
August 4, 2014

stephenstephen
Apple wants their 30% so ios will never happen, it's all about the money. My experience with this is, they'll push you over to Hulu Plus by way of limited content, features, and lots of commercials. For example you can't use Cromecast
without paying for Hulu PLUS...

CSkow
They could simply create an iOS Hulu app separate from Hulu Plus and set up accounts online instead of in-app.
August 4, 2014

Anthony S Jennings
Hulu is probably trying to negotiate with Apple around the 30% cut, and Apple's not taking their calls. If Netflix can strip out in-app purchases, so can Hulu. This is ridiculous.
August 4, 2014