Rumors surrounding the phone have been circulating wildly for weeks now. Here's what we know so far, including features and possible price points.
BY:
JULIE RAMHOLD
Senior Staff Writer/Spokesperson 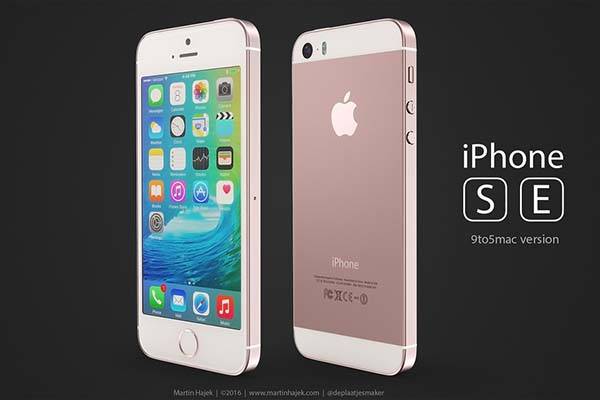 Apple's big March event is only days away and out of all the product announcements, one of the most anticipated is that of the rumored iPhone 5SE, a soon-to-be brand new model in the Apple smartphone lineup. Cost is rumored to be the same as the iPhone 5s currently, and with new features like "always-on Siri" and Live Photos pulled straight from the iPhone 6 lineup, it's sure to continue to garner some major attention.

So what else can you expect from the latest iDevice, and how much will it cost?

The iPhone 5SE Will Feature a Lot of Newer Specs

Special Edition: While the SE stands for "Special Edition," in February it was rumored that Apple would drop the "5" in the name. The company seems to be concerned that naming it the 5SE could cause some confusion among customers, since it will have different hardware than other 5 models. Referring to it only as SE is also likely to remove it from the yearly update cycle.

Size: It's long been rumored that the SE will be 4", the same size as the iPhone 5s, and notably smaller than the 6 and 6 Plus.

Siri: The A9 and M9 chips are supposed to provide support for the always-on Siri activation.

Design: The exterior of the SE is supposed to be essentially the same as the 5s, but updated in certain ways. The outward appearance of the SE is rumored to have replaced the beveled edges of the 5s with something more akin to the curved glass found on the 6 and 6s.

Color: Available colors are the standard 5s choices of Silver and Space Gray, but Apple is also bringing back the Gold color that was initially available but retired from the 5s lineup, as well as the Rose Gold color that made its debut with the 6s.

Camera: The SE should have the same 8-megapixel rear camera and 1.2-megapixel front camera system of the iPhone 6.

Apple Pay and Live Photos: Even better is the NFC chip that is supposedly included, which will allow for shoppers to utilize Apple Pay. It will also include Live Photos, an iPhone 6s feature. Though the SE won't have 3D Touch, Live Photos will be possible with a long press.

The SE Might Cost the Same as the 5s

ZDNet speculates that although the SE might be cheaper to manufacture than the 6s, those savings aren't likely to translate to customers. In theory, the innards of the SE will be on par with Apple's newer iPhones, but it'll just be sporting an older, smaller size.

SEE ALSO: Here's Why Now Is a Terrible Time to Buy an iPad

As such, ZDNet and 9to5Mac both seem to agree that the SE will likely enter the market at the current price point of the iPhone 5s. That isn't just an arbitrary choice, either. It's rumored the iPhone SE is meant to replace the iPhone 5s, which will be retired when the SE is released.

At the time of this writing, the iPhone 5s is available in two models, 16GB and 32GB, at $450 and $500 respectively. While the SE will likely adopt those price points, some analysts believe that instead of 32GB, the second option will be doubled to 64GB.

Readers, are you excited to hear more about the iPhone SE? If not, what product are you most excited to hear about when Apple takes the stage on March 21? Sound off below!

harpervalley300
@nestormart:
Do you even know what "third-party application" means?
March 18, 2016

Rawmeat
So basically iPhone 6 mini? Samsung has been releasing a mini-sized option of their flagship phones for years. Apple seems to be doing the same but lauding it as a "brand new model". I hope it actually has more noticeable upgrades and features than just the reduced size.
March 18, 2016

nestormart
No thanks. iPhones have a lot of catching up to do with the latest high end android phones. No NFC capabilities beyond Apple Pay, no third party applications, no ability to run multiple apps at once, no widgets, no IR blaster, can't add additional memory (SD cards), can't swap/replace the battery. this model being released seems to be a step in the wrong direction by Apple.
March 17, 2016

Kplan23
Firstly the SE will not have a screen the size of the 4. The 4 had a 3.5" screen. It will have a 4" screen the same size of the 5, 5c and 5s.
Marco Rubio may say the SE would better fit in Trump's hand since many people have found the 6 and 6s to be to awkward for singlehanded use and also a tight fit in their pocket. Since the SE is virtually a 6s in a smaller "package" it may be the Goldilocks of iPhones. Not too small, not too big, just right with the necessary features.
March 17, 2016