UPDATE: It's Not Just You: Apple App Store and iTunes Are Down Worldwide

You can't download that free app, or any app, because Apple's software stores are experiencing universal outages.
BY:
BENJAMIN GLASER
DealNews Contributing Writer 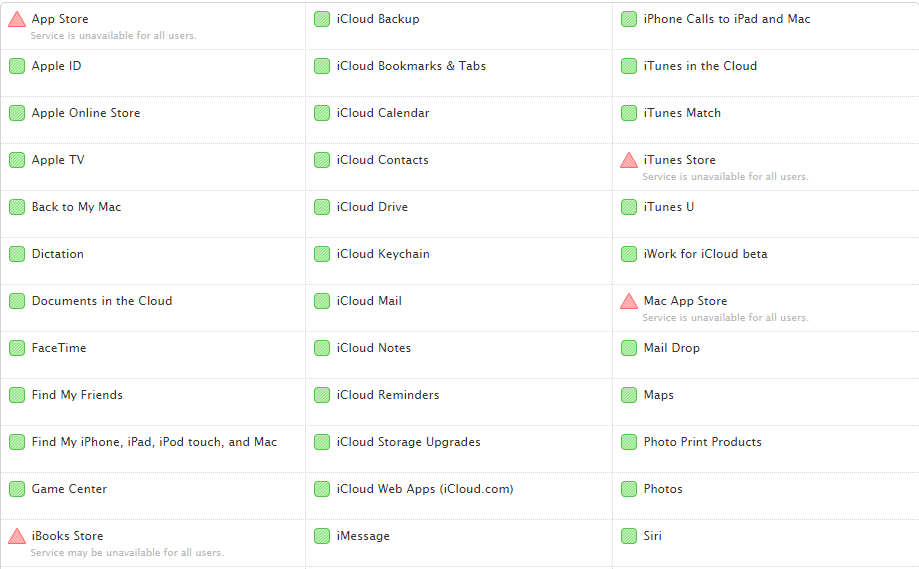 The issues reportedly began around 5am EST. Users have been able to access the stores, but not purchase anything.

ZDNet estimates that the tech giant loses $2.2 million every hour that the sites are down; which means as of noon, they will be an estimated $15.5 million in the hole. Coming just a day after Apple's high-profile Apple Watch and MacBook event, traffic to their sites today might have been even higher than usual.

We will update this store as more information becomes available. In the meantime, bookmark those awesome app deals to download later.

Update 2:45pm: Apple issued a statement to CNBC, saying the problem was caused by "an internal DNS error."

Anthony S Jennings
Somebody's getting fired over this.
March 12, 2015

Lindsay Sakraida (DealNews)
It's just shocking to see this from APPLE of all brands. Also, you can't buy stuff when the store is down! [whines]

That said, it's back up again, after 12 hours being down.

vinaytampa
Apple losing $2.2 million per hour matters to Apple and all its shareholders.
March 11, 2015

PythonX
See what happen when you put all your Apples in just one basket!
March 11, 2015

Lindsay Sakraida (DealNews)
The stores are STILL down, which is pretty surprising.
March 11, 2015