A New Apple Watch Is Coming: Should You Buy a Deal Now or Wait?

You can currently get $100 off all models, but the tech will likely be replaced in March.
BY:
STEPHEN SLAYBAUGH
DealNews Contributing Writer 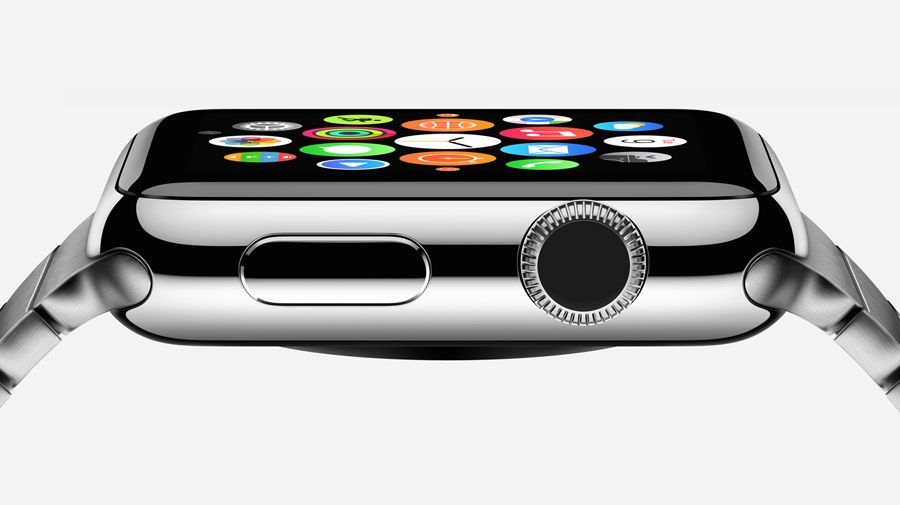 If you've been debating whether or not to get an Apple Watch, for yourself or as a Christmas present for a special someone, that decision isn't going to get any easier.

Although the deals we've seen in the past couple of weeks have made Apple's pricey smartwatch more affordable, recent rumors are now suggesting that it may be outdated before you've even mastered all of its features. (Or as a recent study suggests, know what it does.)

According to 9to5Mac, Apple is rumored to unveil the Apple Watch 2 at an event in March, alongside an iPhone 6c. The first Apple Watch became available in April of this year, which would put this announcement at about the 1-year mark since the watch debuted.

Should You Wait for the Apple Watch 2?

There are of course advantages to waiting for the new model, and many tech sites are boldly declaring that it's pointless to buy the current Apple Watch if it will be updated in March. While exact specs on the new watch are still unknown, Apple has reportedly been working on a new FaceTime video camera, iPhone-free WiFi, and improved sleep and activity tracking.

Whether such features materialize in March remains to be seen, however, and you must also decide for yourself if they will be worth the cost. The Apple Watch 2 will, at the very least, debut at the current Apple Watch's $349 starting list price (if not higher), and it will be several months before we see prices drop.

For example, the first discount we saw on the current Apple Watch came three months after it debuted, and the deal only shaved $9 off the retail price. A few more small discounts trickled in, but shoppers had to wait seven months overall in order to save $50 to $100. So you won't see a deal on the next Apple Watch until at least the summer of 2016.

Or Should You Save $100 Now on a Current Apple Watch Deal?

If price is a concern for you, then it's hard to argue with the Apple Watch deals we're seeing of late. Possibly fueled by these recent rumors, Best Buy has a $100 discount on all Apple Watch models, with prices starting at $249 for the 38mm Sport. Meanwhile, Target sells the same watch for $349 with a $100 gift card and B&H Photo and Video has it for $299 with a $50 gift card.

Prices Could Continue to Drop, Even if You Wait

Of course, there's always the option of waiting for the announcement, and hoping for even better discounts on the previous generation once the next model is made public. If the old model is tossed aside by Apple, then stores will start clearing out any remaining inventory. There's also a chance that Apple will keep the original watch around but at a lower retail price, like it has typically done with the iPad.

You could also forgo an Apple Watch altogether and opt for a less expensive smartwatch, a fitness tracker, or if you simply want to wear something on your wrist, an old-fashioned timepiece.

What do you think? Will you buy an Apple Watch now, later, or not at all? Let us know in the comments.

Banks1459
Just me-I also have a Martian Notifier, it is a totally awesome watch and I got it for 25.00 bucks also which I think was a steal, I actually picked up six of them for Christmas gifts.
December 12, 2015

just me
Making the phones bigger is a scam to buy a watch - for it's too big for daily use / wear. I did buy a Martian Notifier for like $25 which lets me know texts, calls, etc coming in so I could keep the giant phone (Moto G BTW) elsewhere. It's not "smart" but for all that, that's what the phone is for, right? Just keeps me from missing info coming into the phone - not phone functions per se.
December 12, 2015

Banks1459
I took the dive and got an Apple Watch from B&H Photo recently. So far I have been pretty happy with it. It is a pretty useful device, I have a IPhone 6 plus and not having to pull that thing out of my pocket at all is pretty convenient. It has some really cool features and the battery has not been an issue for me, it is really comfortable to wear and oh yeah it tells the time.
December 11, 2015

VIEW ALL
Blog · Buying Guides · 1 hr ago
59 LGBTQ-Owned Businesses You Can Support This Year
June is Pride Month, so if you're looking for a spate of LGBTQ-owned businesses to support with your wallet, we've got you covered! Check out our guide for 59 shops to check out now, as well as tips on how to find more.
Blog · Morning Jolt · 10 hrs ago
5 Deals You Need to Know Today: Under(priced) Armor at Amazon
Finally, a good excuse to use the word "pauldron" on this website – it's been ten long years. Check out this offer and more in our roundup of the five best deals we found over the last 24 hours.
Blog · Buying Guides · 2 days ago
The 9 Best Things to Buy in June (And 4 Things to Buy Later)
While June may be a prime time for vacations, it's also a great time to find excellent deals. Check out our guide for what to buy in June and what you should hold off on until later in the year.

Save on a variety of Oakley prescription lenses, including the pictured Prizm Sapphire Polarized Lenses pictured in a Holbrooke Matte Black Frame (many colors available). Shop Now at Oakley

Find a deal on small appliances, including waffle makers, toasters, blenders, and more, including the pictured Hamilton Beach Quesadilla Maker for $19.99 ($10 off). Plus, you'll get $10 in Kohl's Cash for every $50 you spend. Shop Now at Kohl's

Apply coupon code "PZR35A" to get both of these for $80 less than purchasing them separately at list price. Buy Now at Proozy

That's a savings of $195 under the regular price. Buy Now at Amazon