Netflix Is Raising the Price of Its Standard Streaming Plan

Current subscribers have a year before they have to start paying the higher monthly price.
BY:
LINDSAY SAKRAIDA
DealNews Contributing Writer 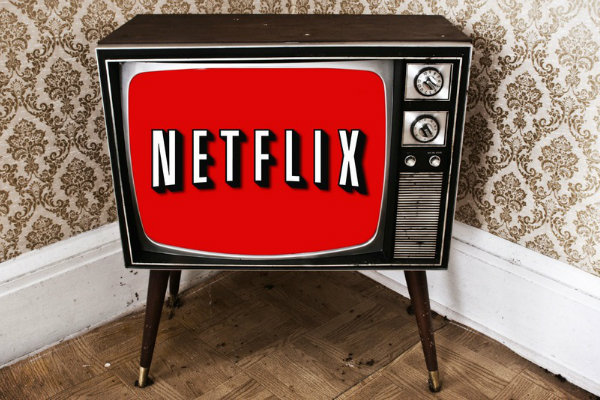 Netflix announced today that it will increase the price of its standard streaming plan for new users, as well as current subscribers after a one year grace period.

Prior to the announcement, the standard plan cost $8.99 per month; going forward, new customers in the U.S. and Canada will pay $9.99 per month. Current subscribers will continue to pay $8.99 per month for another year before being forced to the higher price.

The standard plan allows for two simultaneous streams at once and, according to Bloomgberg, is the most popular plan on Netflix. For users who prefer to pay less, Netflix also offers a basic plan that allows for just one stream at a time for $7.99 per month.

Readers, are any of you considering newly subscribing to Netflix? If so, which plan will you go for? Existing customers, will you change your subscription to the cheaper plan after your one year is up? Or will you do all your streaming on Hulu or Amazon Prime instead? Sound off in the comments below!

nestormart
Netflix is awesome, no deal breaker for me.
November 19, 2015

Wildhearts1999
I'm as cheap as they come... But really a $1 increase. I don't think it's even worth the argument .
I'm a cord cutter. I use a antenna and get 60 channels for free. I have Netflix , Hulu , prime (mainly for the 2 day shipping ), and sling . That comes to 42 a month if you count prime . I was paying over double that !
I'm not going to complain and I'm really happy . 1 dollar is not going to break me .

austenfan
I have Prime but watch Netflix much more. I just happen to like Netflix's shows more, and it's much easier to access. All my devices can stream Netflix. I'm on the 4-screen plan, so I'm not affected by the increase. Netflix is still a fantastic deal.
October 12, 2015

PadreTimbo
A lot of the comments are true!! I'm a long time Netflix customer, and Prime member. Use both, but each have their benefits and flaws. Yes, new shows take a year to come out, but could be worse. Could be the $200 cable bill to watch your show once a week, and then 99% of the time nothing else is on. Just would like both Prime and Netflix to change their selections a little more. Still, $1 increase... not that big of a deal... its $12 a year. Still cheaper than cable...
October 12, 2015

VERMINATOR
Amen Denverphotopro!
Could not have said it getter myself!!!
October 11, 2015

nanday
I have both Netflix and Prime but find myself watching Prime most of the time. It has a much better offering and for the money you can not beat it when it comes to the free shipping on Amazon it pays for itself in a year. I most likely will keep Netflix for another year when the price increase and if they don't increase the shows they have to offer drop them. I dropped cable TV (Cox) a year ago and don't miss it at all. I placed an outdoor antenna up and receive around 20 local channels that offer better HD than Cox could plus also have streaming video available through the internet.
October 11, 2015

jjewell
I'll be moving to Hulu or something, I wouldn't mind the price going up if I didn't have to wait a whole season to catch up on my favorite shows like The Walking Dead. Ridiculous.
October 11, 2015

mikebellman
I am a fairly low-volume user. I have a maxed-out 1.5M DSL connection so we can't binge watch or stream tons of HD content like your average Netflix user.

I already feel like I'm not getting my money's worth.

ecvogel
For the person who asked about the difference. The selection of movies and TV is different. I subscribed for AGENT of Shield. Long story but catching up, Dr Who Also because Prime Dropped it. I might try Orange is the new black. I don't care for the current Prime shows. I did like Alpha house, the geek start up one but I don't think they are produced anymore. I am picky about my shows, so you might find more. There are some more current movies that you can find on Prime but not on Netflix and vise versa. Still cheaper than cable. I am not happy about the increase because I almost didn't subscribe due to the current cost. I never had cable and probably never will.
October 9, 2015

denverphotopro
They keep going back to the well like there is an unlimited source of income for their customers. They will find that they would be better off lowering the salary of their executives than raising the price on their product.
October 9, 2015

rampo
I don't find a $1 increase to be all that outrageous. (If only my cable bill increases were that low!) Ten bucks is about what iTunes charges to rent a couple of SD movies. Hulu now wants $12 a month for commercial free viewing. If one really wants to retain a $7.99 rate, just switch to one screen SD viewing (after the grandfathered 2 screen/HD rate expires).
October 9, 2015

catski66
Netflix rocks! I know some viewers want to see the latest episodes right away, but I actually prefer (after waiting a while) to see the whole season released at once, then start binge watching =P We have both Netflix and Prime cuz it's so cheap, overall... Way better than the $70/month we were paying for Dish Network......
October 9, 2015

albert81014
Uff! I was worry for a moment when I saw the title, I thought it was going to go up another $5. A dollar is not bad given all the great netflix original shows.
October 9, 2015

The Joker
With 2 months what I used to pay for cable, I can pay Netflix for a year. No on demand but that's fine. Comcast sucks anyways though.
October 8, 2015

zucchinibrain
Anyone see a reason to add netflix when I have Prime already? not always the same shows.., but prime is a crazy good deal when you consider shipping and music and.., etc..,
Still, I've been wondering what netflix brings extra..,
October 8, 2015

spferdil
I will stick with Netflix, will still be a bargain. I've always been on the single stream plan and will stick with it. I would also do Prime if it would work on any of the media players I already have, but am not buying another just for it. I'm out of HDMI inputs on all my TVs now.
October 8, 2015

algreimann
I currently have the 4 screen plan. With netflix's 5 unique accounts, you could split cost to 5 people and only spend 2.4 a person. Great to save with your family.
October 8, 2015

I would be willing to pay for on-demand too. But not two video services. No cable! Why?
October 8, 2015

Brian Moon (DealNews)
I will be sticking with Netflix. It's cable I need to figure out how to drop.
October 8, 2015

IISaiNtII
I'll be canceling and moving to sling tv for $10 more, and possibly Hulu for day-after viewing.
Netflix will have to bolster their offering to keep on raising their rates, especially when you consider that their tv series don't get released until after the DVD has been out a while.
October 8, 2015

theTorrey77
I'm happy with Netflix, so I'll be sticking around even after the price hike.
October 8, 2015

boiceer
Netflix is great for TV but pretty lame for movie selection in their streaming catalog. I'm not impressed with the movie library at Prime either.

I'll either drop down to a single stream or go with Prime to get the shipping.
October 8, 2015

who897
I left netflix yrs ago when they doubled the price of their service by separating and charging 7.99 each. I have Prime and Hulu now, but the wife wanted netflix, so we got it again, and I am not impressed with their library and plan to cancel as soon as possible and stick with sling, prime, and hulu.
October 8, 2015

That beats Walmart's price by $57. Buy Now at Amazon

That's the lowest price we could find by $23. Kohl's Rewards members can apply coupon code "REWARDS" to get this deal. (Not a Rewards member? It's free to join.) Buy Now at Kohl's