Black Friday Infographic: 50% of Readers Will Shop on a Smartphone or Tablet 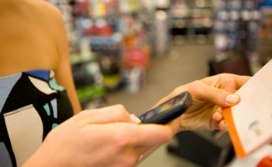 There are many times throughout the year in which consumers nationwide are compelled to shop, but Black Friday is specifically an event for the budget-minded and deal-savvy. For this reason, dealnews readers have particularly good insight about how to approach the holiday and make the most of its deals. Below is an infographic displaying the results of a poll that asked them about their plans for Black Friday 2012.

As it's become apparent that Black Friday is no longer about just a single shopping event, the majority of readers fittingly indicated that they will begin their shopping one to two weeks before the big day. Moreover, 53% of those polled said they would shop mostly for online deals. This is generally well advised, since dealnews discovered that about 70% of sales at brick-and-mortar locations are available online for the same price or less.

The poll also suggests that smartphone usage is becoming more sophisticated, while it simultaneously grows into a more ubiquitous shopping tool. A full 50% of those surveyed said they would shop in some capacity on a phone or tablet, and the reasons behind this move were relatively evenly spread: price checking, searching for coupons, checking for deals at other stores, and making actual purchases. Price checking, not surprisingly, still leads the charge as the number one reason why consumers turn to their phone while shopping.

Scroll through the results below, and tell us how you plan on spending Black Friday 2012.

Blog · Marketplace · 20 hrs ago
The Best Inventory Management Software for Amazon Sellers: 6 Top Tools to Consider
If your SKU numbers have begun to outpace your typing fingers, there is some useful software on the market that might just help you organize your business so it can grow. Here are our six favorite options for Amazon inventory management software.

Blog · Consumer News · 2 days ago
Is Price Gouging Illegal?
When crises occur, much-needed supplies may sell out, and price gouging usually follows. But is price gouging illegal? See our guide to learn about price gouging laws, and what you can do if you think a business is engaging in the practice.

Blog · Buying Guides · 5 days ago
How to Get a Discount on Medications
The costs of over-the-counter medications can easily add up. So how can you buy the meds you need without breaking the bank? To find out, check out our guide on how to get a discount on medicines.

Blog · Marketplace · 5 days ago
The 9 Best Items to Sell Online in April 2021
We delved into the DealNews archives to see what items resonated most with our readers last April, and patio and backyard products came up big. Learn more in our guide to popular products to sell online in April 2021.

Save on a selection of styles, starting at $67. Shop Now at Amazon

Shop over 400 games with prices starting from a buck. Buy Now at PlayStation Store

It's $5 under list price. Buy Now at Sam's Club

It's $50 under list and the lowest price we could find. Buy Now at Petco