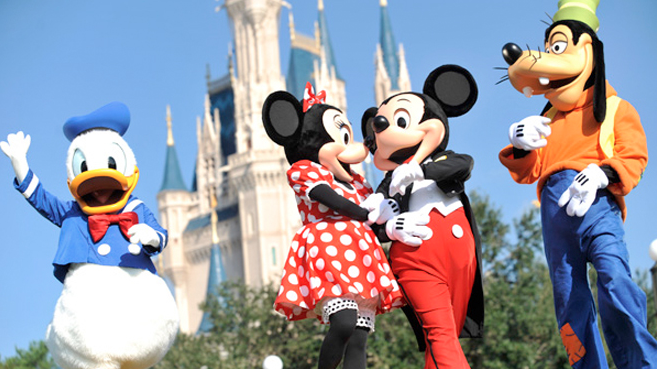 Most kids would probably like to visit Disney World year round, but there's no denying the fact that a trip during the summer months, when kids are free from school, makes the most sense for many families. But just because you have to travel to the Happiest Place on Earth during the busy season doesn't mean you can't try to save money in the process.

In our quest to pinpoint the absolute best time to visit Disney World in Orlando over the summer, we turned to the good folks at Priceline. They provided DealNews with exclusive 2013 price information from hundreds of Disney-accessible Orlando hotels, so we could see what families will pay for accommodations in the coming months.

Priceline discovered that, in terms of nightly hotel rates, the cheapest weekend to visit Disney during the summer season is the second to last weekend of August — aka, the weekend before Labor Day weekend. Conversely, the most expensive time is the last weekend in June. When comparing the average nightly rates for these weekends, the price advantage might seem relatively slight, as the difference is $12 per night, or 14% more to lodge during that June weekend.

However, pricing between the two weekends is especially notable when we break the data down by hotel star rating. Priceline's mid-level, 3-star rating is likely to be the more mainstream option for a family traveling on a budget. Luckily, when we compare the weekends based on the cost for 3-star hotels, the savings are more significant. There's a 23% increase in cost during the aforementioned June weekend, or a difference of $22 per night. Depending on the length of stay and number of rooms needed, that can add up very quickly. 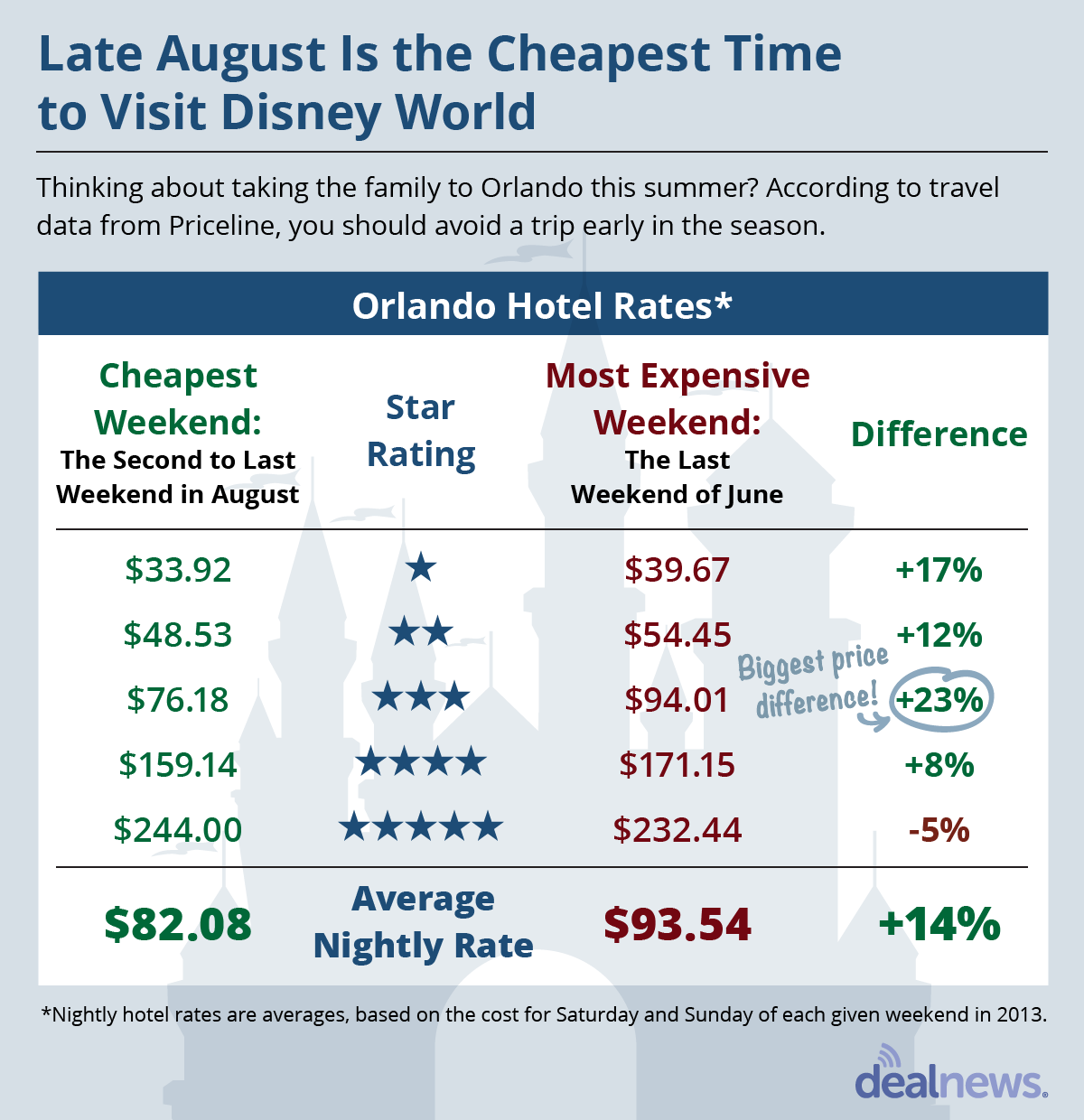 Rates Change Depending on School Schedules

The reason why pricing works out this way is likely because of the academic calendar. Schools finish at varying times across the country, but most are closed for the year in early to mid June. Traveling at the end of the month then is ideal (and safely available) for vacation-eager families to head down to Florida.

On the other hand, kids start returning to school around Labor Day, or early September. Since families are preparing to send their kids back to their daily schedule, late August is probably overlooked as a possibility for major summer travel, driving prices down. Moreover, it's likely that many families have plans for Labor Day, however slight, and traveling the weekend before might therefore be less popular in general.

The end of the school year is nigh, and if parents haven't yet scheduled a group trip, they are likely itching to plan something that will keep their young ones mentally occupied for that long stretch of time. But if you can hold out and opt for late summer instead, you'll reap the benefits of cheaper prices during the second to last weekend of August. (And once you're there, you'll have even more ways to save on admission, concessions, and more, for the ultimate budget trip.)

Readers, are any of you planning a trip to Disney this summer? What are your tips for saving while at the Happiest Place on Earth? Let us know in the comments below.