Ad-supported iTunes Radio is no longer available. If you want on-demand streaming, you'll have to switch to Apple Music.
BY:
JULIE RAMHOLD
Senior Staff Writer/Consumer Analyst 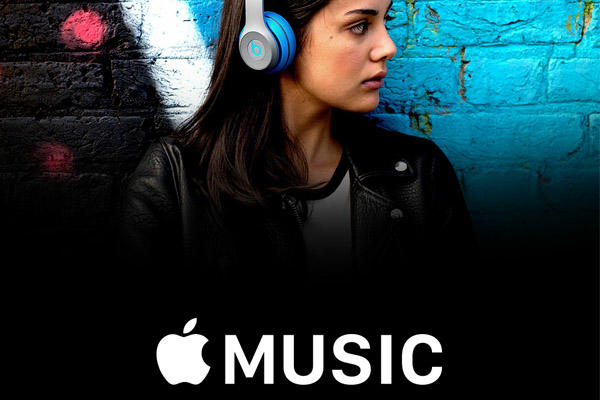 Apple recently announced that they would no longer offer the free iTunes Radio service. Last week, they made it official, redirecting visitors to the paid Apple Music instead.

In place since 2013, iTunes Radio offered ad-supported streams as a free service to users. Now, the only free, ad-supported option is — Beats 1, which is a single stream, not the wide variety of channels available under iTunes Radio.

Launched in summer of 2015, Apple Music was meant to be a replacement for iTunes Radio and Beats Audio. It planned to fuse on-demand music streaming, live radio, and social networking into a single package.

Apple Music does tout some awesome benefits for those who follow up their three-month trial with a subscription: Those radio stations that used to be free? Now they're organized by a team devoted to incorporating several genres. Plus, they also include limitless skips and zero commercials, according to an interview Mashable conducted with an Apple spokesperson last month.

Apple and Record Companies Are Wary of Free and On-Demand

After the 3-month free trial (which is still currently being offered), Apple Music has two different plans: $9.99 per month for an individual membership or $14.99 a month for a family membership, which covers up to six people.

It's not hard to understand why Apple wants customers to subscribe to the streaming service following that trial period — they still want to make money. Yet, Apple charging their customers to use the Apple Music service stems quite a bit from the deal they made with music publishers.

Several of those publishers are only on board with the concept and execution of Apple Music because they were promised there would be no free version. It's an on-demand service, and unlike Spotify which does support free listeners, Apple's way does guarantee a definite amount of earnings to the record companies.

Spotify, Pandora, Others Fill the Void

On-demand radio stations aren't a new thing, and Apple certainly isn't the only one offering them. Sure there are benefits to Music's model, but if you're turned off by having to subscribe, there are still free options. Both Spotify and Pandora offer (and have been offering) radio mixes based on a song or artist that you choose. Not to mention Google Play Music offers free on-demand radio based on the same criteria, but also on your mood or what activity you're working on.

On top of that, as iTunes Radio ceased to exist, Soundcloud decided to try to fill the void with their feature, Stations, which is for iOS. Similar to iTunes Radio, Soundcloud offers the service for free on their own music streaming platform. Much like Pandora or Spotify, users are able to create a new station based on a song they are listening to at the time.

Readers, are you going to give Apple Music a try? Or are you more likely to try one of the other options? Are you disappointed to see iTunes Radio gone for good? Sound off below!

Krystal NM
Judging by the quality of Apple's native music apps (I'm looking at you, iTunes), I will be staying away from Apple Music
February 9, 2016

It's the best price we could find by $25. Buy Now at Shoebacca