Apple showed off some neat new OS capabilities that are coming this fall, but a lot of older gadgets won't be supported.
BY:
JULIE RAMHOLD
Senior Staff Writer/Consumer Analyst 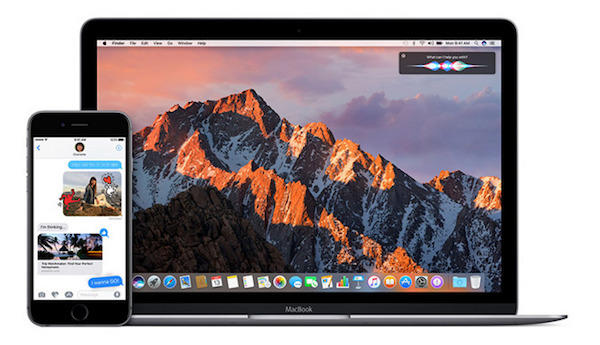 Apple launched its 2016 Worldwide Developers Conference (WWDC) earlier this week with a 2-hour keynote. A couple of the bigger highlights were the release of iOS 10 and macOS Sierra, both due this fall. However, in all the hype, Apple glossed over the devices that won't be supported with the new updates.

These iGadgets Aren't Eligible for iOS 10

If you're excited to update to iOS 10, but your iDevice is a few generations behind, we've got some bad news. There's a lengthy list of Apple gadgets that won't be supported.

For iPad models, you won't have the option to update if you have an iPad 1, 2, or 3, or an iPad Mini. When it comes to iPods, don't expect the new features if you have a 5th-generation iPod touch or older. And if you're reading this on an iPhone 4S or older, then you're out of luck, too.

SEE ALSO: 10 Things You Need to Know About Apple's Big Event This Week

No Sierra for These Macs

The newly named macOS is bringing a lot to the table with this year's version of Sierra. The biggest change to look for is finally having Siri on the desktop, right in the dock. But there are a handful of models that won't be welcoming Siri in the fall. MacBooks and iMacs from early 2009 and before aren't supported; neither are 2009 and older MacBook Air, MacBook Pro, Mac Mini, and Mac Pro models.

Readers, will you be able to update to iOS 10 or Sierra? If not, are you disappointed? Do the changes motivate you to purchase a newer device? Sound off in the comments below!

tsleep1
This sucks I own a 2009 MacBook Pro and was so excited about the new update including Siri. I love my Mac, but don't want to purchase a new one to have that feature and also know my computer cannot be updated again so I will eventually need to get a new one.
January 3, 2017

BlueOak
To those who claim Tablets being left out is a "drive sales" thing - perhaps a bit, but more likely:

Tablets are not like Windows XX PC's which have been around forever and whose technology/development is pretty much stable (stagnant).

Tablets, until the past couple years, have been new tech and their specs have been improving dramatically.

Now that Tablet tech has stabilized, let's see how OS-obsolescence does, going forward.

I'm so sorry about the confusion! I've seen that list as well, but I pulled the supported devices from Apple's website here: http://www.apple.com/ios/ios10-preview/. You'll have to scroll all the way down on the preview page to see the list, but as of this morning it hasn't changed since we published the article. Thanks for bringing our attention to it! We'll be sure to keep an eye out for any changes to the list.
June 20, 2016

Greg the Gruesome
@pdot: Define "making a big deal about". Also, DealNews published an article before this one that covered the announcements at WWDC on Monday. You would've found it had you clicked on the "release of iOS 10 and macOS Sierra" link in the first paragraph of this article. And you can't call the article clickbait when it does what it says on the tin. #smh
June 19, 2016

pdot
Came to learn about the highlights of the new OS capabilities DealNews is making a big deal about, at least one the phone side because I don't know of any that are worth upgrading my hardware for, and saw that DealNews was too lazy to point them out. Useless, clickbait article.
June 19, 2016

norjgcharternet
Ms. RAMHOLD states "For iPad models, you won't have the option to update if you have an iPad 1, 2, or 3, or an iPad Mini. When it comes to iPods, don't expect the new features if you have a 5th-generation iPod touch or older. And if you're reading this on an iPhone 4S or older, then you're out of luck, too."

Two other columns had a different list of eligible devices. Check this one for a list that does not agree. The article states that iPads 2 and 3 and the 5th-generation iPod Touch will get the update. There may be other conflicts.

snaponlarry@yahoo.com
If you have a 30 pin connector not a lightning then you have a iPad 3
June 19, 2016

Ottoman
There are 2 model numbers on your iPad. If you don't have a cover or it's easy to remove, look on the back near the bottom for the tiny model number beginning with A and search it. You can also go to Settings - General - About and there will be a different model number--which isn't actually the model number (isn't Apple so intuitive?) --beginning with M.
June 19, 2016

dtrudea
Does anyone know if there's an easy way to check what model iPad one has? I'm not sure if mine is a 3 or next level up. Thanks.
June 19, 2016

Greg the Gruesome
@Rich_P: According to EveryMac.com, the iPad 2 and the iPad mini 2 have don't have the same processor. In order of date of introduction (more or less):

Big_Jay
When you think about it 2009 was 7 years ago. I bet most of those models have the Intel Core2Duo Processor. IMO it makes sense but the only Apple device I own is the iPhone 6s, so I am good to go for now.
June 18, 2016

CinciShopper
I would bet that the device exclusions for the new OS update have more to do with driving sales than hardware limitations.

Someone mentioned the ipad 2 might be excluded due to its lack of retina display. Is apple incapable of writing an OS that supports multiple resolutions like microsoft has since windows 95?

Speaking of microsoft, it seems that they have tried to force a Windows 10 update on every windows computer in North America. I haven't found a single 10 year old or semi modern computer that won't run it and Windows 10 is a FAR more complex OS than than Apples version of Linux that it uses on their devices.

Windows 10 seems to work on everything short of my old TI 88 while OS 10 wont work on devices that were touted as super high tech less than 24 months ago? I can't buy that but Apple is betting that a lot of people will.
June 18, 2016

Rich_P
Interesting that Apple made the iPad 2 ineligible, but the iPad mini 2 - which has the same CPU - IS eligible. Maybe it's the lack of the Retina display that keeps the iPad 2 out.
June 17, 2016

Yeoman007
The older hardware just doesn't have the capability to handle the new software. That's the way it goes. Newer hardware is more capable, the software is upgraded to take advantage of it, which pushes the need to improve the hardware---it's the electronic cycle of life.
June 17, 2016

stupersyn
I don't care to update anyways. The new iOS will just slow the aging hardware down with all the new features via increased computing demands.
June 17, 2016

Greg the Gruesome
Hooray! My mid-2010 MacBook qualifies. But I think I'll update it to OS X 10.11 El Capitan while I still can (I'll get around to it... eventually...) and wait and see about macOS.

This article is probably a good one to which to post a link to EveryMac.com, which people can use to see when the model of the Mac they use was released:
http://www.everymac.com/
June 17, 2016