Use Pokémon Go to Support Local Businesses and Save

Businesses are cashing in on the craze and that could mean better hunting opportunities for you and serious savings in more ways than one.
BY:
JULIE RAMHOLD
Senior Staff Writer/Consumer Analyst 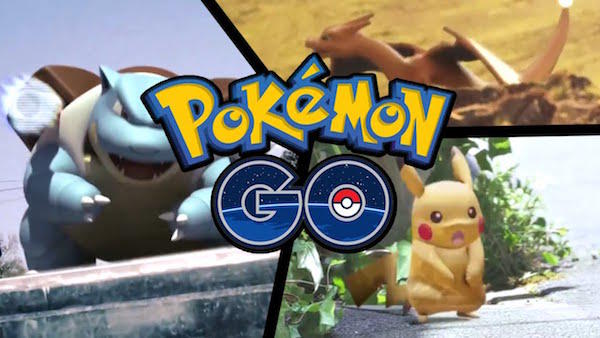 It didn't take long for business to take advantage of this insanely popular game. Whether bringing in customers with free in-game extras, or offering special discounts based on the app, stores, restaurants, and attractions are already using Pokémon Go in their marketing. And you might be able to benefit.

Pokémon Go is an "augmented reality" game. It places cartoon Pokémon on the map in the real world around you, which you can then catch by tossing Pokéballs at them. When you download the free app and get started, you'll see your immediate neighborhood mapped out with a decent amount of detail.

The app alerts you when a Pokémon is nearby. There are two modes: One that uses your phone's camera to show the Pokémon mapped onto the really places in front of you (conspicuous, battery-draining), and another that just shows the creatures on an animated background (inconspicuous, less battery).

Players can restock on supplies, like Pokéballs, potions, eggs, and other things, by visiting PokéStops, which could be museums, businesses, churches, or things like historical sites. When players reach level 5, they're also able to battle at PokéGyms and claim them for their team, or train at their team's gyms to strengthen it.

Find Deals at PokéStops and PokéGyms

Most players probably know about lure modules, and that dropping one at a Pokestop will draw Pokémon to the area for thirty minutes. If a business is lucky enough to already be a PokéStop, it can drop one of these lures for about $1.19 per hour to draw in customers. Others are actually offering bounties if you catch specific Pokémon nearby.

Little investments like this are paying off in big ways for local businesses. L'inizio Pizza Bar in Long Island City spent $10 in lures over the weekend. As a result, they claim their sales jumped a whopping 75% during that time. Images have been regularly popping up of things like restaurants advertising nearby PokéStops that can be reached from their dining rooms or bakeries offering discounts to certain teams. Others are rewarding Pokémon trainers for being generous, providing discounted prices on beverages if they drop a lure nearby. Some restaurants have also been offering discounts based on trainers' levels, amounting to free whole pizzas in some cases.

Even if some aren't hosting sales, they're still capitalizing on the app with their marketing.

Since the three different teams in Pokémon Go — Valor, Mystic, and Instinct — can battle for control of PokéGyms, many businesses with a gym stationed at or nearby are crafting deals like discounts given to whatever team currently holds the gym.

Of course, the game is also driving more traffic to locations like museums. Some are taking advantage of the attention and are offering discounted rates for admission to anyone who shows the app.

Users can now even request PokéStops and PokéGyms (as well as reporting some that might not be appropriate) which can lead to businesses being able to add their shops to the map. Be on the lookout for new locations!

T-Mobile Cashing in Too

Even some national retailers are recognizing this as a worthwhile trend. For instance, T-Mobile recently announced that starting next Tuesday, it will thank its customers in a number of ways related to the popular game. The most notable perk will be free, unlimited data on Pokémon Go for a full year.

In addition, T-Mobile is also offering some perks that are good only for next Tuesday. These include free Lyft rides up to $15 to get to a new PokéStop or Gym, a free Wendy's Frosty, and 50% off select accessories, including portable power banks and chargers at T-Mobile stores.

T-Mobile is also giving away $100 in PokéCoins to 250 people, and hosting a contest where five winners will receive a Pokémon Go hunting trip anywhere in the U.S. for themselves plus a guest.

Readers, are you playing Pokémon Go? Have you seen any local businesses taking advantage of its popularity? Let us know in the comments below!

Apply coupon code "PZYRBA63-FS" to get the pair for $13 less than last month's mention, and make them $31 less than most stores charge. Plus, shipping usually adds $7.95 for orders under $75, but the coupon garners free shipping too. Buy Now at Proozy