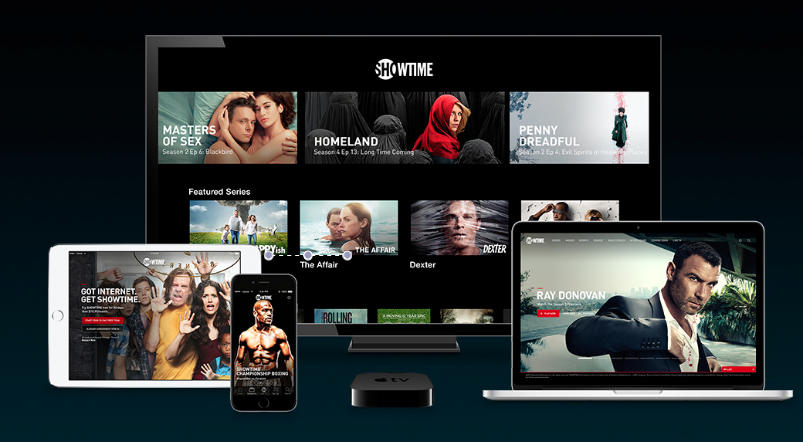 The battle for the future of television is rapidly moving online as Showtime has just announced its plans to launch a standalone streaming service that will compete with HBO Now. Like its rival's alternative, Showtime's new service is looking to attract the ever-growing number of cable cutters and will not require a traditional cable subscription. Moreover, the new service will undercut HBO's by $4/month.

Apple Once Again Scores an Exclusive

It's been roughly three months since HBO launched its streaming service at Apple's last keynote. At the time, HBO Now was an Apple exclusive (HBO Now has since become available on other platforms), and the folks at Cupertino have managed to score another major exclusive as Showtime has announced its online service will be available via Apple TV and on iOS devices only at launch.

The new streaming service, which will go simply by the name of Showtime, will cost $10.99 per month and give subscribers unlimited on-demand access to Showtime's original series, in addition to movies, documentaries, and sports programming.

By comparison, HBO charges $14.99 a month for access to its streaming service. But some could argue HBO still trumps Showtime, since the latter network lacks a blockbuster title like Game of Thrones.

Another Alternative for Cord Cutters

Showtime's new streaming service is slated to start on July 12, just in time for the premiers of Ray Donovan and Masters of Sex. In terms of pricing, it sits comfortably in between Netflix's basic streaming plan and HBO Now. However, with so many cable-cutting options currently available, is Showtime's online option more appealing as a standalone service or would viewers prefer to see it as an add-on channel to a service like Sling TV?

Cable cutters will also have to decide if they have room in their budget for both HBO Now and Showtime. (In addition to any other à la carte services you may already subscribe to.)

Readers, what do you think? Is Showtime's lower pricing enough to steer you away from HBO Now or will you be subscribing to both? Take our poll and let us know.