POLL: Will You Still Buy an Apple Watch if the Battery Only Lasts 2.5 Hours? 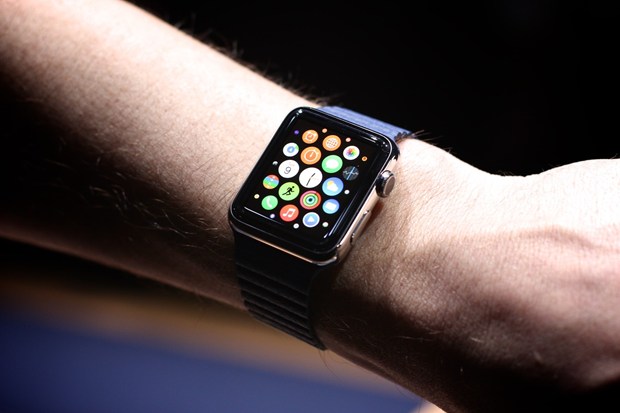 When the Apple Watch was first announced last September, rumors circulated about problems with the iDevice's battery life. According to 9 to 5 Mac, those rumors might be unfortunately true. "Our sources say that Apple is targeting 2.5 hours of 'heavy' application use, such as processor-intensive gameplay, or 3.5 hours of standard app use," the site reported. "Apple expects to see better battery life when using the Watch's fitness tracking software, which is targeted for nearly 4 hours of straight exercise tracking on a single charge."

Of course, Apple has consistently referred to its new wearable as a luxury watch first and foremost. So how does the timepiece hold up when merely keeping the time? "We're told that the Watch should be able to display its clock face for approximately 3 hours, including watch ticking animations, if nothing else is done with the device," the site said, noting that most users won't actually keep the display on continuously for that long. Apple is aiming for up to 19 hours of "mixed usage" each day, but "the company may not hit that number in the first-generation version."

Other Smartwatches Go All Day

We've previously discussed shoppers' distaste for the Apple Watch's high price, but how will consumers react to this report? After all, the Apple Watch's battery numbers lag way behind its competition. "As a point of comparison, the Moto 360 easily lasts a full day of mixed-use," Gizmodo pointed out. "Even the Samsung Gear S, which is essentially a full-fledged phone for your wrist, can go a full day easy. And of course, the Pebble Smartwatch, which is admittedly a very different beast, can last close to a full week on a single charge."

You can check out the full details of the 9 to 5 Mac report here. What do you think, readers? Will these battery life revelations affect your decision to buy an Apple Watch?


Michael added the finishing touches to most of the Blog articles on DealNews. His work has appeared on sites like Lifehacker, the Huffington Post, and MSN Money. See him rant about video games by following him on Twitter @ThatBonebright.
DealNews may be compensated by companies mentioned in this article. Please note that, although prices sometimes fluctuate or expire unexpectedly, all products and deals mentioned in this feature were available at the lowest total price we could find at the time of publication (unless otherwise specified).

snoonw
i never wore a watch for a decade but since i got my smartwatch i dont leave my home without it.
android wear is extremely good and the battery life is great. The best part is google updates the OS every few weeks to add new functionality.

most of the samsung watches are useless but the gear S is very good and has features wear doesnt. like a keybaord which works brilliantly and works without the phone. But is very expensive at 350.
I wouldnt personally not spend more then $125-150 on a smartwatch. its nothing more then an accessry to ur phone.
price is very important i see android wear price beginning to fall to like the $50 range

algreimann
Made the switch from iPhone to Android this past year and its been great. I made the decision when I couldn't come up with a good reason to stay...

Apple should be concerned that this watch will make people start questioning the apple brand as being a premium product. I think my grandfather said it best, the iPhone is just a status symbol....
January 23, 2015

snoonw
i have the wear watch and its magical it cost me $70 and i can do:
-play music from the watch
-the phone camera syncs with the watch and u can see the phone cam on ur watch and take a selfie
-make and recieve calls directly from the watch from the contact list, dial a number, recent calls.. without touching the phone
-receive all the msges
-track all ur activity, walking , biking running
- do all the navigation - with options to do it by biking walking transit driving.. no need to touch the phone
-the temperate is displayed on the watch
-stocks r displayed on the watch
-play alot of games,
- its waterproof , i was hesitant at first but i take showers with it on. u can swin 1m for 30min limit

-every single person who has seen it is WOWED by it that includes all the iphone ppl
- google is hard at making it work for iphones too
-the battery life with normal usage is typically more then 2days
-even with heavy usage i have run it into the second day.
January 23, 2015