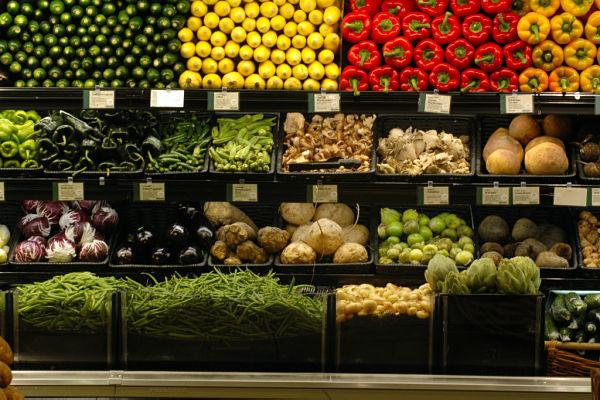 Despite the rising cost of food, the organic food industry continues to thrive. According to the Organic Trade Association's latest data, sales of organic food in the United States accounted for $29 billion in 2012. Meanwhile, the Department of Agriculture estimates that the organic sector could experience double-digit growth, with sales topping $35 billion by year's end.

And with new contenders entering the arena, the organic food industry — which was once dominated by premium stores like Whole Foods — could finally see some serious competition. For consumers, that translates into more affordable prices.

At the center of the organic movement is Texas-based Whole Foods. Once the dominant chain in a sparse field, the high-end grocer recently trimmed its annual sales and profit forecasts as it struggled to expand in the face of stiff competition. During a recent earnings report, Co-CEO John Mackey said the company would increase its effort to promote flash sales.

However, Whole Foods' recent losses didn't occur overnight. They're due in part to competition from the likes of Walmart, Kroger, and Target. These big-box retailers are disrupting the industry by making a once niche product go mainstream. And that's a good thing for shoppers because with increased competition comes better prices.

Walmart, for instance, has teamed up with organic brand Wild Oats and is selling its line of organic products at 25% less than other national organic brands. This includes everything from canned vegetables to spices. In a blog post, Walmart reiterated its commitment to organic by saying it would use its scale as the nation's largest grocer to deliver organic groceries to its customers for less, creating a win-win scenario for customers and Walmart's suppliers.

But for the moment, organic food is still costlier than non-organic food. And with studies that are for and against organic produce, it's consumers who will ultimately dictate where the market goes. Which begs the question: are you willing to pay more for organic food, or do you shop for the most affordable food you can find?

barbiepr2002
Christy you are so right! I hate the term ORGANIC! Like it's the unnatural way and CONVENTIONAL is the natural way.. Ugh annoying!
May 25, 2014

mike01001
Plants do not know the difference between organic fertilizer or synthetic fertilizer. When man made fertilizers are used higher crop yields are realized and less arable land is needed to grow the crop. Which results in more land remaining in it's natural state. But don't worry, the main reason for government control of healthcare is so the government can tell is what is good for us and what is not.
May 25, 2014

christyp16
The terms "conventional" and "organic" are a play on words to make us think that eating pesticide-laden food is normal, and it's a luxury and unnecessary to eat organic.

I wonder who would be willing to "pay more" if the correct terms, "pesticide laden" and "regular," were actually used.

HeyTiger
The cheapest food on the shelf isn't necessarily the least expensive. Just because you can buy over-processed foodstuffs for less does not mean that you won't pay for it in other places. Spending a little more up front for quality food, regardless of whether or not it is organic, will save your health in a multitude of ways. The money saved on "cheap" food will be spent instead on increased health care costs, ever larger clothes, lost wages due to sickness, and general loss of well-being.
May 22, 2014

There are a couple dozen kits and single items to save on here today, of which we've pictured the Blink Outdoor 2 camera kit w/ Blink Mini for $125.19 ($2 low.) Shop Now at Amazon