The hike takes place just as the company rolls out its new DRM-style machines, which only work with Keurig-approved pods.
BY:
LOUIS RAMIREZ
DealNews Contributing Writer 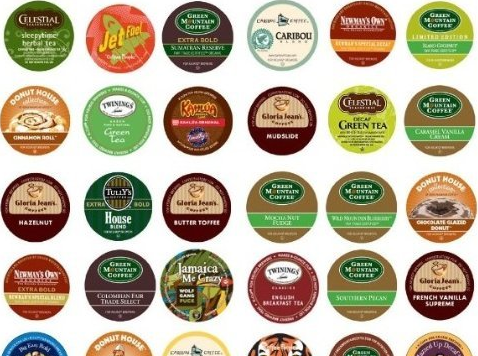 Coffee drinkers take note, the price of your morning brew is about to go up. Keurig Green Mountain, makers of the popular single-serve Keurig machines, announced that it will raise the cost of its K-cup packets by up to 9% starting November 3. The price hike comes roughly five months after the company revealed its Keurig 2.0 machines, which pack built-in DRM to limit competition.

Keurig attributes the price hike to recent droughts and disappointing coffee harvests in South America, which have raised the price of Arabica beans by as much as 50%. However, the price increase is especially hurtful to consumers because Keurig's new machines will only work with Keurig-approved K-cups. Older machines worked with third-party K-cups, which allowed for a more competitive K-cup market and cheaper prices. With these new DRM-style machines, consumers have no choice but to buy Keurig-approved K-cups, since the new machines will not recognize unlicensed pods.

Despite the crackdown, Keurig hopes it can retain customers by arguing that its new locked-down systems will ensure a high quality brew with each cup. The new 2.0 machines, which are rumored to start at $189, will also pack new features such as the ability to brew a 4-cup carafe and a preferences button, so users can program brewing preferences into their machines. Whether this will be enough to please its customers has yet to be seen, but one thing is certain, even as Keurig's patents on its pods expire, the company is making sure it keeps tight control of its profits. And that's not surprising, as U.S. sales of pods tripled to $3.1 billion between 2011 and 2013, according to market research firm Mintel Group.

Unfortunately, Keurig isn't the only coffee giant to raise its prices this year. Earlier this summer, Starbucks hiked the price of its coffee by up to 8%. Folgers and Dunkin Donuts were equally affected by rising coffee costs and also passed the burden to consumers with similar price hikes of 9% on their brews.

With price hikes and lockdown policies taking effect, how do you plan on satisfying your coffee urge? Let us know in the comments section below.

Pandp
Have a Vue and using a reusable gold foil pod. Buy good whole bean coffee for around $6lb. and grind at home. Use about 1/3 oz per 10-12 oz mug. Still have the sampler pack after7 months. Looking to buy a K cup machine on CL
August 24, 2014

Louis Ramirez (DealNews)
@nimer I'm a Nespresso person too and their boutiques (here in NYC) and customer service have kept me happy. Never tried Keurig and these new 2.0 systems pretty much guarantee I won't be making a switch anytime soon.
August 21, 2014

Dennis Wise
As I write this, I am drinking coffee that I made in my Mr. Coffee 12 cup brewer. I also own a Keurig K-Cup brewer that I use most days. Both machines take up space on my kitchen counter. I buy K-Cups in volume and currently pay the maximum that I am willing to pay for the K-Cups I like. The current high price of K-Cups is just barely worth the extra convenience and variety to me. If the price increases, even a little, our K-Cup brewer will be retired.
August 20, 2014

nimer
Never used K-cups, nespresso all the way baby! It's pricy but SIGNIFICANTLY better than K-Cups.

Nestle is very picky about Nespresso, they only sell it online and at their own Boutique stores to guarantee quality and freshness.

rrboomer
Good chance this will not end up as Keurig envisioned.
August 19, 2014

fbara
Keurig was a good, albeit expensive, indulgence for a while but I've since moved on to other single-serve machines like the Hamilton Beach model. I can use my own coffee and adjust the strength for a fraction of the Keurig price.
August 19, 2014

stevek
Another thought occurs. Why is Keurig coming out with yet another Keurig format? Didn't they just come out with their Vue system as a response to their K-cup system coming out of patent protection?

Except for Bed Bath & Beyond, I've never seen any Vue coffee pods in stores. Everyone carries K-cup pods. Is Keurig Vue such an abysmal failure that they're going back to K-cup style but adding DRM just to spite their customers for not embracing the Vue pods?

stevek
Goodbye Keurig! Clearly they have not learned the many lessons that DRM is anti-consumer and only generates animosity against your company.

I wonder if there will still be third-party Keurig-style machines that will not have DRM? Since the Keurig K-cups are no longer protected with patent protection, what about the basic/original Keurig system? These third party Keurig-style machines may not be able to call themselves Keurig machines, since that is a trademark. Maybe they can still call themselves "K-cup compatible" or "Keurig K-cup compatible" like software can say it is "Windows compatible" although "Windows" is a trademark.

Considering the number of choices in K-cups on the shelves at Publix, and the Keurig machines I see in offices, I think the current Keurig K-cup market is "too big to fail". As long as third parties can make original K-cup compatible machines, the classic K-cup will survive.
August 19, 2014

johncrosier
Goodbye Keurig! You'll be going out of business in about 2-5 years. As long as K-cups are available at your local grocery store, Wal-Mart, Target and so forth, why would I pay extra for a system that can only take it's own over-priced K-cups? There's no such thing as high quality K-cups. They are a step above instant coffee. Real coffee connoisseurs use a French press, espresso machine or freshly ground coffee in a drip machine. Never had a K-cup that could top any of those coffee devices I have.
August 18, 2014

gizmovision
i can't believe how these sell, when like said above the mr coffee is 20.00 and 19 k-cups are 20.00. and the waste! why aren't the tree huggers up in arms on the amount of waste there is in a k-cup...
So it will be like the inkjet printer sellers, black/gray market k-cups?
August 18, 2014

Bradster
"...consumers have no choice but to buy Keurig-approved K-cups"

But we do have a choice, and that is not to buy into the DRM'd scam. There are other "systems" that compete with the K-cup. I predict that sales of the K2 will be very poor.
August 18, 2014

tradderjohn
Mr Coffee is still 19.99 for the brewer, folgers and maxwell house are still the best value. try sweet Marias for some good coffee.
August 18, 2014

VIEW ALL
Blog · Morning Jolt · 16 hrs ago
5 Deals You Need to Know Today: Cyber Monday has Become Cyber Week at HP
HP has justified turning Cyber Monday into Cyber Week by offering up to 71% off plus up to an extra 10% off. Can we really abide by this madness? Check out this offer and more in our roundup of the five best deals we found over the last 24 hours.
Blog · Buying Guides · 1 day ago
What Is Green Monday? Don't Miss the Green Monday Sales in 2022
Black Friday and Cyber Monday have come and gone, but it isn't too late to find good deals on your holiday gifts! Check out what to expect from Green Monday 2022, including when it happens this year and the discounts we'll likely see.
Blog · Buying Guides · 2 days ago
The 8 Best Things to Buy in December (Including After Christmas Deals!)
Even with a longer sales season, Black Friday is still the biggest shopping occasion of the year for many. But the deals don't end after that day or Cyber Monday. Check out the best buys of December, as well as the items to wait on.

It's the best price we could find by $11. Buy Now at Amazon

It's the best price we could find by $25. Buy Now at Amazon

It's the best price we could find by $2. Buy Now at Amazon