The Amazon competitor just lost more than 100 brands from its heavily-promoted rewards program. Is the members-only site still worth it?
BY:
LOUIS RAMIREZ
DealNews Contributing Writer 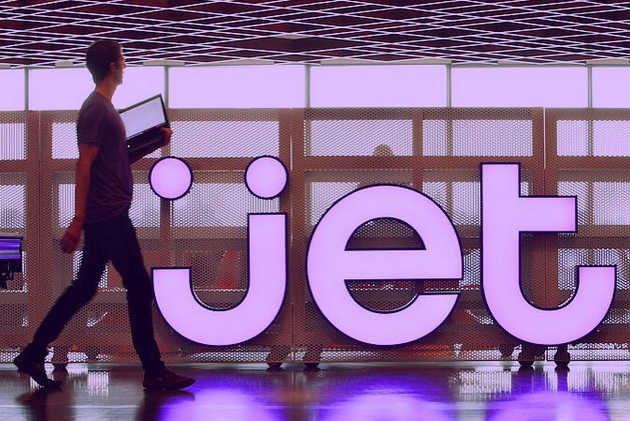 Jet publicly launched last month with a pretty clear goal: to take on online retail's Goliath, Amazon, by providing lower prices and multiple ways to save. But less than a month later, the membership-based e-retailer has angered hundreds of retailers, and is in danger of losing one of its biggest incentives for consumers.

As we mentioned in our initial review, Jet claims that it doesn't make money on its transactions, instead hoping to profit solely from its $49.99 a year membership fee. As a result, it offers its members various ways to save money, hoping to entice users to the service.

Among these incentives is a rewards-based shopping portal called Jet Anywhere. Jet Anywhere works similarly to eBates: It rewards customers for clicking through the links of the stores listed on Jet's site, and spending money on those affiliate sites (since Jet in turn earns commission for these purchases). However, rather than earn money, customers earn JetCash which they can then use as credits on their everyday Jet purchases.

Stores Claim Jet Didn't Have Permission for These Links

At launch, Jet claimed to have over 700 brands in its affiliate program. The problem, however, is that Jet didn't obtain direct permission from those retailers to use their links. Instead they used a third party service that itself had established partnerships with those stores; many retailers that have since pulled out said they weren't even aware Jet featured these links.

Now, according to the Wall Street Journal, more than 100 brands have pulled out of Jet's program. While such affiliate programs are well-established, many of these stores have lamented that Jet should have negotiated direct relationships (perhaps to establish better terms for them), or flat out felt it was inappropriate as they considered Jet a competitor.

Jet Anywhere was an easy way for customers to rack up discount points toward their Jet purchases, and without it, earning credits could become much harder.

Only time will tell if any of the merchants who have pulled out will return. In the meantime, is this something that will keep you from shopping at Jet.com? Let us know in the comments below.

Dakotabrooke26
Jet is a great company I use them regularly have not had any issues I use jet more than Amazon now
December 4, 2018

Bababooee
Jet is a total disaster. It's beyond me how they are sucking in so much Wall Street money for this mess. I used it once and will *not* be ordering from them again.

First item on list arrived in 7 days, 2nd item took 2 weeks and 3rd item? After 3 weeks I finally ping'ed them and asked "Where's my order?". They canceled it.

Amazon is consistent, cheap and can get orders to me without failure in 2 days. Plus, the free movies, TV shows, Kindle books, etc. I predict Jet will collapse while burning lots of investment money along the way within two years, maybe even less.

Rawmeat
Jet's shopping links don't entice me in the first place, if I can only get JetCash to use on Jet.com. After learning about their shady dealings, I wonder if they are using short cuts for other business practices that might hurt consumers. I use other cash-back sites like Savingstar.com and Memolink.com, not to mention e-shopping malls through credit cards to get REAL cash.

I was extremely disappointed with Jet's lack of available products and categories to shop right now. I looked for about 10 items, but found only 5. Only ONE item beat Amazon's or another website's price. Many items have instant coupons, but overall at this time I think Jet has a LOOOOONG way to go to be viable, much less compete with Amazon. Plus they charge the $50 membership fee (free trial available right now) and possible shipping charges. I'll check back later in the year.....if they are still running then.
August 12, 2015

edchuy
Trying to do things in a sneaky way is not the way to go, in the end, since it affects the customer. Outright contracts would have helped. Also, the method to get the credits seemed a bit of hassle since you have to send Jet your purchase receipt from the affiliate to get the cashback. That smelled fishy to me.

For comparison's sake, using Ebates.com, I can link from the website and even get transaction number before arriving to the affiliate. I personally have a browser add-on that flashes when I visit an affiliated website and produces produces a toolbar in the upper side of the website indicating whether or not the cashback is activated and what the % is. I expected Jet.com to have something along the same lines.
August 12, 2015

Lindsay Sakraida (DealNews)
@jmuscavage Yeah it's a little bit complicated, but the basic gist is: Jet tried to establish a cashback program for various stores, without telling those stores. And since Jet is an emerging competitor, these stores are annoyed.
August 12, 2015

jmuscavage
Did not understand a word he said! Laymen terms , please.
August 12, 2015

It's the best price we could find by $25. Buy Now at Shoebacca