If Apple Removes the Audio Jack From the iPhone 7, What Will Happen to Headphone Prices?

Unfortunately, there won't be any headphone sales on the horizon. But buying an adapter or Bluetooth receiver for your old headphones could save you a bundle.
BY:
JULIE RAMHOLD
Senior Staff Writer/Consumer Analyst 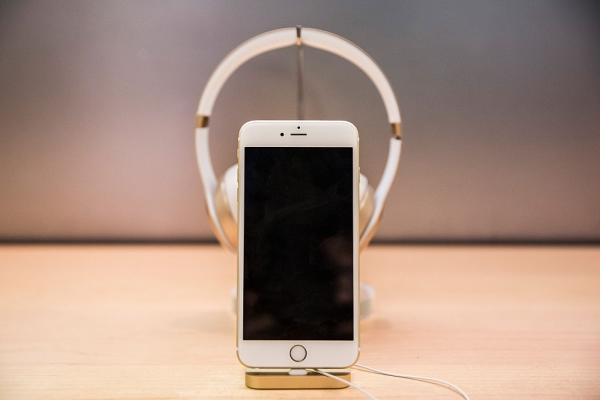 Shoppers have a tendency to resist change. Case in point: When Apple created the iPhone 5, it replaced the widely used 30-pin connector port with the smaller Lightning port. This prompted a huge outcry from users, who were annoyed that they would have to replace some of their preferred chargers and accessories, and spend more money.

Now it seems as if history might be repeating itself. Customers are once again sounding the alarm over a possible Apple change — but this time, the effect on your wallet could be completely different.

Say Goodbye to the Headphone Jack

According to rumors and analyst reports, Apple is purportedly going to remove the standard 3.5mm audio jack from the iPhone 7. (This will supposedly give Apple more leeway to make the phone even thinner.) Going forward, iPhone users will instead plug their headphones into the charging port, using Apple-specific headphones with a Lightning connector.

Not surprisingly, a petition has already been created in an effort to stop the company from implementing this change. Shoppers are concerned about whether they can use their current headphones with the future phone, as well as how this change will affect the pricing of new, compatible options.

Some shoppers might wistfully hope that this shift will signal widespread discounts on older headphones, but that's unlikely to be the case. Although it's true that older 30-pin chargers and accessories went on sale when Apple switched to the Lightning port, this is a very different situation.

There was no doubt that the 30-pin chargers and accessories were all headed towards obsolescence, since they'd only be usable with older iOS gadgets. That meant retailers were extremely eager to get rid of inventory, and we saw many sales as a result.

But in the case of the audio jack change, headphones with a normal audio connector are still usable with pretty much every other audio device that exists. Thus, traditional headphones aren't going to head to the clearance shelves because of this development, unless they're specifically marketed for the iPhone.

Exploring the Audio Options for the iPhone 7

Since this change seems imminent, many iPhone users are wondering what their options will be for headphones when the iPhone 7 comes out. What will be available, and how much will it cost? As it turns out, you'll have four options after Apple makes the switch.

Use the Included Headphones

This is a no-brainer option, and probably the most cost-effective as it means you only need to buy a new device. Although not a happy resolution for audiophiles, this is the best course for anybody who's already accustomed to using Apple's included accessories. If that's you, then congrats! You're least likely to be affected by the change.

Buy an Adapter for Your Current Cans

This is the ideal solution for people who are devoted to a pair of earbuds or headphones that will not be compatible with the iPhone 7. It's likely that once Apple announces the change, it'll also release an audio adapter. Past pricing for similar gadgets suggests that it would cost between $19 and $29, which is relatively affordable compared to other options.

That said, it's unlikely Apple will block third-party production of adapters. The electronics giant already sells headphones and adapters from partners like Audeeze and Belkin, so it stands to reason that third-party adapters will be released relatively quickly. Still, much like cheap chargers, it's hard to say if these third-party products will be worth purchasing. You could be sacrificing sound quality or longevity for upfront cost.

Be warned: this option isn't cheap. There are already lightning-compatible headphones out there, but they're all at least $100. In fact, at the time of this writing, the cheapest pair costs around $150 to $160. More often than not, they're actually closer to an average cost of around $400 to $500. One pair available from Apple is $800.

Another issue to note is that buying a pair of these headphones doesn't necessarily exclude you from having to purchase an adapter. If you intend to use your headphones with other devices (like your PC), you'll still need an adapter to use a standard 3.5mm audio jack.

This is one of the more economical choices. A decent Bluetooth audio receiver should set you back about $20, although there are more expensive models available. The receiver syncs to your device via Bluetooth, then you plug your headphones into it and listen like normal. Two options for just under $20 include this one from Mpow via Amazon, and this one from Atill via Amazon.

Readers, how do you feel about the possibility of a lack of headphone jack? Do you think you'll spend more on other options, or just use the headphones Apple provides with the iPhone 7? Share your thoughts in the comments below!

pmurray63
Some of us don't want to use Bluetooth for music due to the added compression. Heaven forbid that Apple use a non-proprietary standard that would make their phone a half-millimeter thicker.

The petition is a waste of time. The only way Apple will get the message is if people refuse to upgrade or switch to Android. They deserve it for gouging people on RAM upgrades, too.

snaimpally
So what? Apple is known for periodically adopting new technologies, such as USB, lightening connector, etc. They wouldn't be Apple if they didn't innovate. Companies will come out with a small Bluetooth transceiver module so that you can plug non-Bluetooth headphones into the module to listen to music on the new Apple products.
March 29, 2016

tonyviv
This is a terrible idea Apple. What this article kind of glosses over is the fact that the bluetooth standard was never intended for audio and the sound quality sucks, as does their proprietary lightning connector.
March 29, 2016

deltaman
I agree - the Internet is a vast echo-chamber! On the other hand, Dealnews retweets are merely half-vast... Blatant click-bait!
March 29, 2016

Save on hundreds of sets from Madison Park, Waverly, Lauren Ralph Lauren, and many more top brands. Shop Now at Macy's