Despite a holiday boom, free shipping has become more of an expectation than a perk. But consumers should be prepared for changing limitations and incentives on this service.
BY:
BENJAMIN GLASER
DealNews Contributing Writer 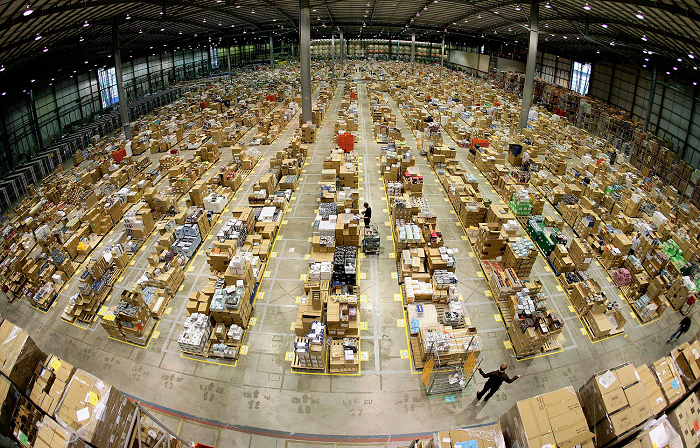 This holiday season saw a record number of retailers offering free shipping, often with no minimums, and shoppers responded by placing orders with free shipping in equivalent record numbers. But as this service shifts from a perk to an expectation, will retailers be able to maintain it? Or will consumers end up paying another way?

Reuters reported this week that "online purchases in the United States with free delivery hit a high of 68% in the third quarter of 2014, according to industry-data tracker comScore, up from 44% the previous year." And e-retail juggernaut Amazon claimed "it saved customers $2 billion in shipping fees over the holidays."

Of course, free shipping isn't really "free;" someone, somewhere is paying for it. So a large part of that $2 billion was swallowed by Amazon itself. A majority of those savings went to Amazon Prime members, who pay $99 a year in exchange for perks including free two-day shipping on all orders; that fee would help offset shipping costs a bit for Amazon, not to mention that studies have shown Prime members buy significantly more than non-members.

This means increased revenues for Amazon, but also increased shipping costs. All in all, tech data firm Forrester Research estimates "that Amazon loses $1 billion to $2 billion a year on U.S. Prime shipments." And if that's what it means for Amazon, imagine how smaller companies are struggling to keep up with demand for free shipping.

In response, retailers are often simultaneously expanding free shipping in some ways, while restricting (or de-incentivizing) it in others. Back in October, the Wall Street Journal noted that minimums for free shipping were rising across many major retailers: Amazon increased its minimum from $25 to $35, as well as increasing Prime memberships from $79 to $99 a year. Overall, a study of 113 major retailers found that free shipping minimums had increased a whopping $76 in just a year. Other culprits included Best Buy and Gap.

Not only does it help offset shipping costs, but retailers have found that shoppers routinely buy more to meet shipping minimums. Amazon has tried something different, offering credits on video rentals and books for Prime members who forgo their free two-day shipping in exchange for slower options. And bucking the trend entirely, some websites have initiated flat shipping fees on all orders, finding once again that it encourages shoppers to buy more.

What do you think, readers? Will you drop certain websites if they drop free shipping or raise minimums, or will you just spend more? Let us know in the comments below.


Ben was Features Editor at DealNews from 2014 to 2017, when his shopping insights were highlighted by Good Morning America, Reuters, the Washington Post, and more. Though no longer in consumer news, Ben still loves getting a great deal (and writing about it!).
DealNews may be compensated by companies mentioned in this article. Please note that, although prices sometimes fluctuate or expire unexpectedly, all products and deals mentioned in this feature were available at the lowest total price we could find at the time of publication (unless otherwise specified).

real_deals_only
There were products I saw at BestBuy.com and Walmart.com during the holiday season which I ended up not buying because they didn't meet the free shipping threshold and weren't available in store.

In 2013 this wouldn't have been a hindrance. These companies will have to decide what's more important - moving wares or charging for shipping.

ski522
I'm okay even with reasonable shipping charges...the way I look at is that I have to pay for the cost of gas and cost of my time waiting in line at the store...most of the time I'm saving money even when factoring in shipping charges!
January 7, 2015

I hate shopping in store and also get annoyed at all the great deals I see on Dealnews that are for store pick up only. If I wanted to go to the store, I'd just shop there in the first place. I have done the pick up thing a few times with poor results. Walmart: waited over half an hour while they ignored me and let me stand there until finally someone figured out what to do. Lowes: Sometimes they don't have items ready for you. You end up walking around with a sales associate to find things you ordered in advance. Advance Auto: doesn't list a time that items are available so you might end up going too early for pick up and have to pull the items from shelves anyway.

Store pick up wastes my time and gas.

Of course "it helps that" I live in an area where there are quite a few stores I can pick an item up from.
January 7, 2015

dorothyparnell
I won't usually buy, unless there is free shipping...djp
January 7, 2015

Allyson
@December 27: I agree with you about the absurdness of J.C. Penney charging us to pick up our merchandise in their store. It's crazy!
January 7, 2015

Allyson
ICYMI: Both FedEx and UPS decided to raise their rates to now when you have something shipped or when you ship something, it will be now be based on both size & weight.

@Benjamin: I will definitely do more of the pick up in store option (with the exception of J.C. Penney). Right of hand, I'm not sure which stores offer this option, but my shopping increased at Best Buy this Christmas with this offer. Of course I live in an area where there are quite a few stores I can pick an item up from. If what I had ordered isn't available in one store, they e-mail me to let me know. I call their 800 number & see if I can pick it up at another one of their stores. I don't remember how long they'll hold something, but I think it's a week (Please don't quote me on it & make sure to check with your local stores & ask them for the actual length of a held item).
January 7, 2015

December27
The whole notion of charging for shipping has pissed me off since I started ordering from catalogs in the 1970s. When there was a brick-&-mortar store, the catalog price was the same as the in-store price, & ordering from the catalog saves the store the cost of display space, staff, & other expenses, why am I charged more than I'd pay in the store? The worst were Sears & Penney's, where you had to pay shipping for the privilege of picking stuff up in the store. L.L.Bean went to all-free, all-the-time shipping a year or two ago and seems to be doing just fine with it--without, as far as I can tell, significant price increases, at least not on the things I typically shop for there.
January 7, 2015