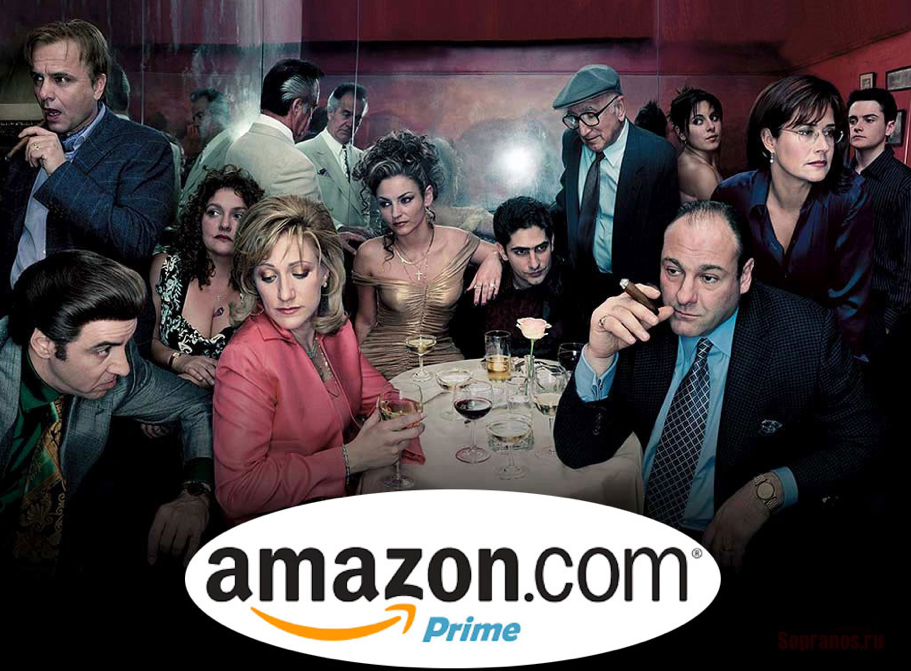 Up until now, the only way that a viewer could stream HBO content was through HBO GO, which required a cable login that confirmed the user subscribed to the channel. This left cable cutters who wanted to catch up on past seasons of Girls, for example, in the lurch. However, that's all about to change.

Amazon announced yesterday that it has entered a multi-year contract with HBO to be the sole streaming provider of its content. That means that only Prime subscribers will be able to stream HBO shows without subscribing to the channel itself. Moreover, Amazon's new Fire TV streaming set-top box will include the HBO GO app, which was notably absent when the device was first announced earlier this month.

The exact details for the deal, however, are still unclear; Prime users reportedly won't have access to episodes of current seasons, but past seasons of current shows are fair game. The initial content rollout will begin on May 21, and over time more shows will be added. While it remains to be seen which titles will be immediately accessible, Game of Thrones will most definitely not be available through the deal. So if you've been itching to figure out what the Red Wedding was all about, you'll need to subscribe to HBO or buy the box set.

When Amazon announced a few months ago that it would raise the cost of Prime subscriptions to $99 a year, a lot consumers decried that the service was no longer worth it unless there was value added beyond free 2-day shipping. In fact, many readers specifically cited a need for improved media offerings. The HBO contract certainly fulfills this desire, and may soften the harsh $20 price increase for some consumers.

Moreover, having HBO content signals Amazon as a more realistic competitor for Netflix. As Forbes points out, "Amazon's streaming has just looked like a nice bonus for people who use Amazon Prime for free shipping," but it may now appear to be a genuine streaming alternative to Netflix.

Readers, what do you think of this deal? Does HBO content on Amazon make your Prime subscription more valuable? Are you more likely to subscribe to Prime with the enhanced media library? Sound off in the comments below!

dellavet
PS:
The HBO option would be great if you could get the current programming!
April 25, 2014

dellavet
BlueOak
Thanks for the reply!
It simply isn't there anymore,or I can't find it .
I emailed them asking them to direct me to it,I will post their response when do!

Lindsay Sakraida (DealNews)
There were several people who noted in the comments within the poll above that Amazon will still charge for current season streams, even if past seasons are available for free with Prime; while that's somewhat implied by their announcement that only past seasons will be free to stream, isn't that similar to what Netflix does? Admittedly Netflix doesn't CHARGE for current season shows, they just don't have them. I would have to investigate further, but I'm fairly certain that's a stipulation from the content creator, not Amazon or Netflix.
April 25, 2014

BlueOak
@dellavet, on the day I received their price hike announcement email, I found the AUTO-RENEW setting by navigating as follows:

However, the setting was not working - it was locked in some kind of loop (no 'we-will-not-let-you-go' conspiracy theories, please).

So I opened an incident with Amazon Support and was blown away by how courteous and responsive they were in manually turning it off for me and answering further questions. I Think it was done within about 30-60 minutes of my initial email. That is the kind of customer responsiveness that earns loyalty!
April 24, 2014

dellavet
BlueOak or Anyone
I can't seem to find the link for
AUTO-RENEW in my acct where exactly is it all I see is an End Membership link !
Thanks
April 24, 2014

catfan
I use my prime for shopping all the time and love it, I also buy and rent digital movies from Amazon too. I love getting overnight shipping for 4 bucks. I also have Netflix and recently added Hulu plus for my nephew. I already pay for hbo. It will be better for me though because hbo go isn't available via my Google tv and you can't use it with direct tv via roku's hbo go app. But I have issues with Amazon only offering alot of stuff to kindle owners, I have 4 tablets but will not purchase the Kindle because it's not Google play supported. I am worried Amazon is turning into another apple, if that happens? There goes my prime membership! I stay away from products that require you to buy they're stuff to use them. That's also why I will not purchase they're new fire streaming player, it basically steals androids operating system and Locks it to what they approve only...defeats the whole point of what Google was trying to accomplish. But I do love the overnight shipping for 4 bucks.
April 24, 2014

BlueOak
If you're on the fence about Amazon Prime, at a minimum, **log into your account and turn off AUTO-RENEW.**

Not only does that force you to re-evaluate when it expires, but it also sends a warning sign to Amazon about the price hike.

Also, if you're hyper-analytical, Amazon has great custom reports to give you transparency on what you bought over the past year. Dividing the number of things bought into $99 tells you what you paid to get "free shipping"... or perhaps shows how you could have bundled into $35 chunks.
April 24, 2014

hippyirish
Now if they would just put their video app on Android, I'd be all set.
April 24, 2014

netwolf
best option out there is to download torrents. Shut off directv over a year ago and not missing it at all! Have a custom whole home DVR system I built, just have to pay for high speed internet but that is a business write off anyway.
April 24, 2014

HarryTuttle
A step in the right direction. I would love to axe my cable/Sat, if only I could. Gotta have the HBO. This move opens the door IMO. It also adds some value to PRIME, but falls a little short as described in your article. Still, good news. Don't stop here Amazon.
April 24, 2014

KayakPat
I'm currently on the fence about renewing my prime membership. The streaming HBO doesn't add anything, since it'll be only for past seasons. Anyone who has done any checking knows that you don't actually get FREE shipping. They've simply bundled the cost of shipping into the price of the product. Most things that are Prime eligible can be found most other places for $8-$12 less. The only reason it's worth the additional expense is that I like the guarantee of two day shipping. A little longer is fine, but all too often, items that I purchase take a VERY long time to arrive - sometimes months.
April 24, 2014

nimer
My problem with Prime is the weird bundling of expedited shipping with Kindle lending and streaming... I'm like.. what? It would be great if Amazon allows users to subscribe to what they need
April 24, 2014

December27
I voted for "more likely," but it depends entirely on what's offered, of course. My fondest wish is to get current episodes of Real Time with Bill Maher, for which I would gladly pay a small premium, but I have no intention of paying for full HBO service--I don't have cable, or even a TV, and do all my viewing on an iMac.
April 24, 2014

It's at least $300 elsewhere. Buy Now at Amazon