A Mathematician's 5 Tips for the Perfect March Madness Bracket

It's mostly the seeds. But how do you predict the occasional upset? Look for recent, tough win streaks while away, and leave your irrational fan allegiances at the door.
BY:
LOU CARLOZO
DealNews Contributing Writer 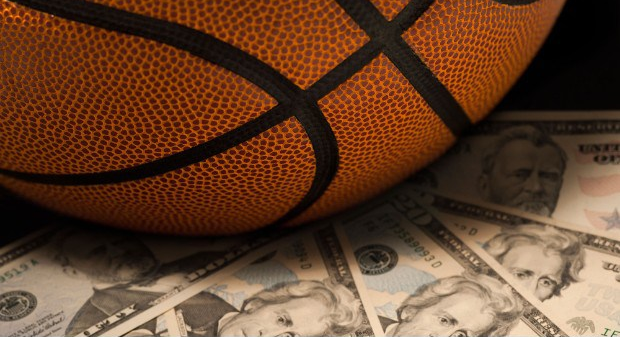 Whether it's for bragging rights or maybe a cash prize at your office (we won't tell the IRS), everyone wants to win with their NCAA March Madness bracket. You can probably select a good percentage of winners; maybe you'll even get the Final Four correct, or the overall champion at least.

But could you correctly predict the outcome of all 67 contests? It might as well be magic. Depending on the year, the odds have been estimated anywhere from an easy one in a billion to as much as one in 9,223,372,036,854,775,808 (that's 9.2 quintillion). To help increase your chances of achieving this feat (or just winning), DealNews has enlisted the expertise of Dr. Tim Chartier, a Davidson College professor and bracketology expert.

Because so many people interested in the NCAA tournament are basketball nuts, they tend to pick their brackets with a certain amount of bias for their favorite teams. "The people who do well, they're not the sports fanatics," Chartier says. "The fans tend to overthink it and have attachments to who they think should do well." His advice: Make like a mathlete and use statistics to your advantage.

Chartier says that to make your bracket really hum, you have to go beyond a simple win-loss schedule. He cites recency as a major factor: that is, how well a team does late in the season, just before the tournament.

Some of Chartier's students selected brackets purely based on recency — and they sometimes beat out millions of other brackets in the process.

Away Victories & Winning Streaks: Needed for the Tourney

Chartier identifies two other factors you can "upweight" to get your bracket more accurate. He has his students take a close look at a team's road record. "That's important because the whole tournament is away, if you think about it," he says. "But you can have an advantage based on where you play if it's close to your home court."

The second involves winning streaks; you'll want to favor teams who've proven they can string those wins together. "The way you win the tournament is that you have to have a five- or six-game winning streak. Obviously if you can't do that you can't win it all."

Just as baseball has the "Moneyball" phenomenon, basketball has its own version of statistical analysis, called APBRmetrics. And when it comes to basketball stats, Chartier gives his due to statistician and father of APBRmetrics Dean Oliver, who identified four factors that contribute to a basketball team's success: shooting (40%), turnovers (25%), rebounding (20%), and free throws (15%).

The exact method Chartier uses for putting together 350 linear equations and 350 unknowns that help him form the ultimate bracket is complex. But we believe him when he tells us that these linear systems, when you break them down, "are based on what you learn in middle school. There's a lot of math software that does it for you so you don't even have to know how to do it."

The equations can include variables such as the weighted factors mentioned above, and perhaps more importantly, the strength (or weakness) of a team's schedule over the season. "The teams with the highest winning percentages aren't always in the tournament, so you have to be really careful in thinking winning percentage is the most important thing," Chartier adds. "It isn't the fact that you can go in and win, but whether you can win against hard teams. That's what gives you the huge bump."

Readers, what are your tips for brackets this year? Let us know in the comments below.

VIEW ALL
Blog · Roundups · 13 hrs ago
Save on the Best Spring Vacations and Travel Deals in 2023
Warmer temps are on the horizon for many people, which means it's time to start planning some spring travel. Check out the best deals available now!
Blog · Morning Jolt · 15 hrs ago
5 Deals You Need to Know Today: Weekend Quiz! Also, LEGO.
It's time for questions, answers, and savings, but not necessarily in that order – starting with a LEGO sale, and some related trivia. Check out this offer and more in our roundup of the five best deals we found over the last 24 hours.
Blog · Buying Guides · 2 days ago
The 191 Best Military Discounts in 2023
Businesses and restaurants want to thank you and your family for your service. Read on to discover the best military discounts we could find!
Blog · Roundups · 3 days ago
The Best Presidents' Day Sales of 2023
Presidents' Day mattress sales are events that savvy shoppers should definitely check out. But there's more to the holiday than just new beds! Check out all the Presidents' Day sales available now!