7 Energy-Efficient Home Improvements That Pay for Themselves

A learning thermostat and a ceiling fan, plus attic insulation and new appliances can save you hundreds in energy costs in the long run.
BY:
LOU CARLOZO
DealNews Contributing Writer 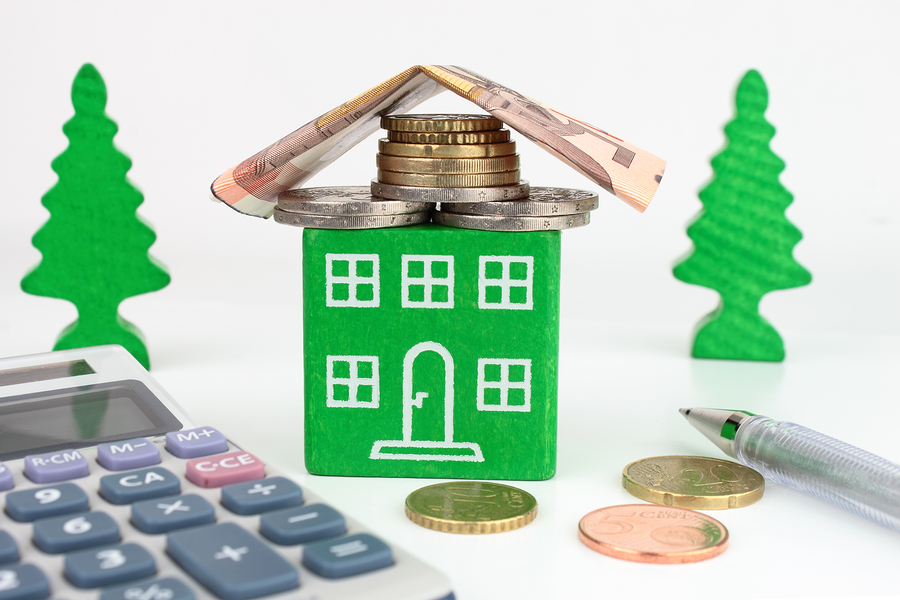 Energy savings is certainly on a lot of people's minds as Winter 2014 has kicked off in fearsome fashion across the United States. Yet savings know no season, and are sometimes affected by a timeline of when energy investments will have paid for themselves. Unfortunately most products don't come with this information clearly stamped on the box, but that's where we come in! Here we examine seven popular product categories to see how long it might take before you realize any returns on investments.

A low-flow showerhead can save lots of money on utility bills. But not all such heads are made equal, so there's something to be said for sacrificing the quality of your shower for the quantity of your savings. One showerhead that earns solid reviews is the Evolve Roadrunner II (from $39.95 with about $13 s&h, a low by $12). This showerhead allows you to warm up the shower, then cuts the flow to a trickle once the water hits 95 degrees. Then, you pull a cord on the showerhead to resume the normal flow of water, thus saving on hot water costs.

Payback Time: Evolve claims its showerhead will pay for itself in two months time, and estimates an annual utility savings of about $250. Of course, how much you save depends on your water use, utility rates, and whether you sing "Happy Birthday" in the shower or "Bohemian Rhapsody."

Taping up your windows isn't kind of home accoutrement that will win you any awards from Architectural Digest, but some people swear by plastic window wrap as a way to keep energy costs down by keeping the cold out. It's a simple fix, too: by putting plastic film over a window (and this works best for older windows), you cut down on the heat loss through the pane. This does nothing to control heat loss through a low-quality frame, though.

Payback Time: A typical window insulation kit runs about $15 and will work on five windows. And it will easily pay for itself over the course of just one winter. Josh Peterson of TLC's How Stuff Works estimates you'll save $20 per window, or $100 total.

Wrapping old windows is just a temporary fix for the larger issue of replacing your windows. Depending on how drafty your living space you may want to consider upgrading from single-pane windows, especially if you're getting clobbered on your energy bill. The trouble is, replacing your old windows isn't cheap. Homewyse.com estimates it costs between $2,673 and $3,550 to upgrade eight mid-level windows, including installation. Is there any hope of seeing through to a payback?

Payback Time: The good news here is that the Energy Star forecasts big savings on replacement windows that earn its certification. You'll save anywhere from $126 to $465 a year for an area covering 2,000 sq. ft. On the downside, it could take roughly 10 years before you'll see a payback. The long timeframe, though, is mitigated by an immediate increase in comfort and visual aesthetics to your home. And if you're handy enough to install your own windows, you could cut the up-front costs by at least 25%.

Learning thermostats are glorious devices that computerize control of your heating and cooling. Programmable models such as the Nest Learning Thermostat allow you to set your home's temperature via smartphone, thanks to the device's built-in WiFi. That means you can dial in the right temperature from across the room, or across the country.

Payback Time: Nest offers an approximation of savings based on your home's square footage, type of heat used, and whether you use central air. By a very conservative estimate, a Nest thermostat will completely pay for itself in five years. But the timeframe might pass as quickly as 18 months, depending on how closely you stick to a schedule for heating and cooling your home that makes maximum use of the Nest's digital technology.

Many homeowners struggle with question of how much insulation and what kind they need to pad their attic rafters. Fortunately the U.S. Department of Energy's program sheet can help determine the best type of insulation for your attic based on your location. In most cases, a 12" layer of insulation is best; to install such material in 300 sq. ft. of attic will run between $110 and $167, according to Homewyse.com.

Payback Time: Get out your slide rules, kids. The U.S. Department of Energy has an insulation payback equation, but like many things associated with the government, it's complicated. Feel free to try it, but you'll need to know not just the cost of your energy and the cost of insulation, but also the efficacy rating of your heating system, the R values of your new and current insulation, and the air-speed velocity of an unladen swallow, to quote Monty Python. Or, you can trust CoolCalifornia.org's forecast that insulating your attic should pay for itself in about two to three years.

The mighty ceiling fan might look like a mere decorative device, but it's a secret weapon for keeping energy costs down. It works in both warm and chilly seasons because a ceiling fan circulates air. So as the warm air in your living space rises, a ceiling fan forces it back down to where it's needed, working optimally at a low speed and in a clockwise direction.

Payback Time: If you adjust your thermostat in accordance with ceiling fan use, you'll save a minimum of 10% off your heating and cooling costs. The trick is not to run the fan and your air (or heat) at full blast, but to raise your thermostat in the summer, and lower it in the winter, letting the ceiling fan do the work. Assuming it takes two $50 ceiling fans to cover your main living space, and your energy costs average $150 a month, you'll see payback within seven months.

Refrigerators these days can do just about anything, including give you the weather forecast and broadcast your thoughts to the world via Twitter. However, most of us don't think of buying a new refrigerator as a cost-saving move even though refrigerator technology has made dramatic strides since the 1970s. Nowadays new appliances use less energy compared to old ones. Shop around and you can easily find a new fridge for about $800 range.

Payback Time: Once again, EnergyStar.gov has a calculator to help you calculate how long it'll take for you new refrigerator to pay for itself. Assuming that your old fridge is from 1980-1989, and measures about 20 cu. ft., you'll save $150 a year operating a new Energy Star fridge. Assuming you can pay $900 or less for the replacement, payback time is six years away.

Payback time is an important factor in determining your energy savings, but it should not be the sole factor in determining which appliance to buy, or home improvement investment to make. Sometimes, we spend money just to upgrade our quality of life, and certainly, a brand new refrigerator or windows will accomplish that. But these decisions also produce measurable savings that take the edge off the final bill, even as they contribute to a better environment and real energy efficiency. And if you're on the fence about spending for your home, payback time is arguably the one variable that can act as a tiebreaker. Knowing you'll see a real return in real time can provide, yes, real comfort in more ways than one.

Rashell
There is almost an increase in the utility bills in winter’s seasons in most of the houses, but people who take some effective measures in their house during the winters season saves a lot of money. Few of the effective steps that I follow in my home are as follows:
We have switched to LED lights in our home as they gives more light to. Using programmable thermostat in homes is also beneficial. All the leaks and gaps should be fixed. A regular check to replace the device that are not working properly and consuming a lot of electricity can also reduce the electricity consumption. We have installed an energy efficient heater in our home which is operated by a smart device and it can be turned off even when you are not at home. Such types of devices not only save electricity, but also have longer life span if used in effective way. You can also have a look at the efficient electric heater here at tp://www.electricheaters.ie/l]
February 21, 2014

JamesWright
I would add to the suggestion about using plastic wrap on windows. You can also have leaks around the window itself due to poor installation or age. I would look for leaks and drafts around all windows and exterior walls and doors. As an example, often you will find drafts coming through your power receptacles. You can fix this pretty easily with special foam inserts that you place around the receptacle behind the face plate.

Other ideas including bringing your hot water heater down to 120 degrees and installing an insulation jacket around it. Using a smart thermostat is a good idea, but if you don't want to invest in one, you can also practice some simple changes to your heating and cooling practices like don't heat or cool areas of the house you are not using. Close off vents in rooms that are unoccupied and heat no higher than 68 degrees and don't cool to lower than 78 degrees.

dcamp7gh
Nothing about blown in wall insulation? Seems like an oversight here...
January 15, 2014

patrick.thompson.169
Should mention LED light bulbs, which can pay for themselves in a year and provide $5 or more in savings every year (depending on use).
January 14, 2014

It's $26 off and tied as the best price we've seen. Buy Now at Amazon