6 Reasons Why the Amazon Fire Phone is Different

Though it enters a crowded and competitive arena, Amazon's Fire smartphone still manages to impress thanks in part to unique features and a solid list of freebies.
BY:
LOUIS RAMIREZ
DealNews Contributing Writer 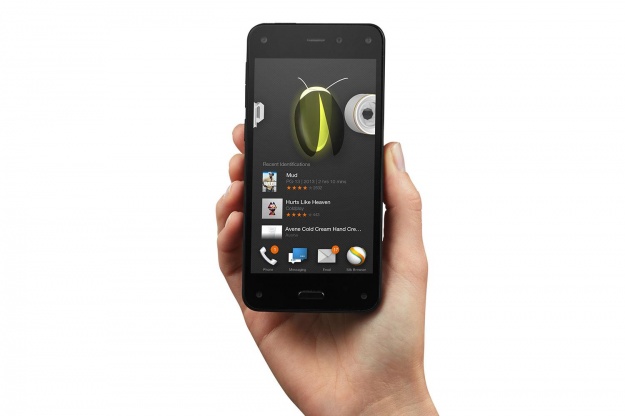 Amazon has joined the ranks of Google and Apple with its just-announced, AT&T-exclusive Fire smartphone. But before you dismiss this handheld as just another smartphone competitor in an already-crowded market, you may want to take a closer look. The Fire phone packs features that could put some of today's best handhelds to shame.

1. It Comes with a Free Year of Prime

Freebies can make any deal seem sweeter. For a limited time, anyone who purchases the Fire phone will get a free year of Amazon Prime. Even better, current Prime subscribers get a complimentary year when their membership expires. Considering how essential a Prime account is to the overall enjoyment of this phone, we think this is a freebie that's actually useful and — because it now offers both movie and premium TV and music access — it's similar to receiving a free year of service from your favorite music and movie-streaming service.

2. It's the First Smartphone to Offer Built-In Live Help

Amazon launched its Mayday service with the release of the Kindle Fire HDX. With the push of a button, users were instantly connected with a customer support rep who could take remote access of the consumer's tablet to troubleshoot any problems. Now Mayday is making its debut on the small screen, making this smartphone a huge draw for non-techies who need the extra assistance.

3. It Features a Powerful Shopping Assistant

One of the Fire phone's most interesting features is a built-in program called Firefly. Scan a book, DVD, or any device with a QR code and Firefly tracks that object for you, pulling up relevant information along with a link to that object in Amazon's storefront. And it doesn't end there. Like Shazam, a popular app that recognizes media playing around you, Firefly can also listen to music and TV shows making it easier than ever to buy songs or shows on Amazon. It's creepy, cool, and futuristic all at once.

4. It Has 3D-Like Capabilities

They may not be holograms, but Amazon's smartphone offers a unique interface among its peers. Thanks to its four front-facing cameras, the Fire phone can conjure up images in 3D, or what Amazon calls, Dynamic Perspective. This gives the phone's screen a 3D-like effect, letting it render 3D images based on how you view or hold the phone. Alternatively, the phone's Web browser can also utilize Dynamic Perspective, letting you scroll through pages with the tilt of the phone. Amazon says this 3D-like feature can also be used for upcoming games.

Amazon is betting users will snap plenty of pics with their Fire phone, which features a 13-megapixel lens. To keep the phone's storage in the green, Amazon is offering its phone users unlimited photo storage via the company's Cloud Drive. It's a small gesture, but it sets them apart from the likes of Apple's iCloud and Microsoft's OneDrive, which have a 5GB and 7GB cap, respectively.

6. They're Giving You Double the Storage Capacity for $199

While the Amazon phone didn't come with the sponsored data plan the Internet buzzed about, it does offer something most smartphones don't — a better starting price. The $199 price tag buys you a 32GB handset, whereas typically $199 buys you just 16GB.

Despite the crowded market and the AT&T exclusivity, Amazon's debut phone still manages to impress. Unique features, useful freebies, and an intriguing app that showcases the Amazon ecosystem all combine to make this a sure-hit phone for the Seattle giant. Now all we need to see is if consumers are willing to buy.

Are you planning to get the Amazon Fire phone? Let us know in the comments below.

koalayummeee
$199 on contract / $650 off contract? This has Facebook phone written all over it. Or Nokia Lumia 900 or Microsoft Surface 1. All were new devices with new ecosystems with "unique features" that nobody cared about and nobody was willing to pay for -- and all were priced out of the market.

So, just like all the devices mentioned above, if you're really curious to try the Amazon phone, just wait a few months for the inevitable fire sale.

By the way, I bought a Facebook phone on ebay for $100 two months after it was released. Not a bad phone; once Facebook Home is disabled--it's practically stock Android. Too bad HTC abandoned it, and it will never see a single Android update...

weiliwang
Almost everyone I know mostly buy from Amazon nowadays because:

1. No one can beat Amazon's fast & free shipping if you have Prime. Anything that takes more than 2 days now feel incredibly slow. Yes, Prime costs money, but considering how much I order from Amazon it's very worth it. Obviously it isn't for you if you buy just once or twice online a year, but then again I highly doubt UPS delivers to the cave you live in.

2. No one can beat Amazon's customer service. Amazon makes returns and exchanges incredibly easy. Amazon's eagerness to please their customers has occasionally cost me a little money as a third-party seller but overall it has brought me more business. As a buyer, there is simply nothing better.

3. You can find just about anything on Amazon. Until earlier this year I would google whatever I want to buy. But more and more I am finding myself simply searching on Amazon because almost always Amazon has the best price anyway.
June 21, 2014

tat2jr
This thing is going to be a huge flop just like the facebook phone. All that firefly 'looking stuff up' is already covered by a few (rarely used, if at all) apps already on my phone. The price is a huge mistake in a new world with the Moto G 4g and the One Plus One leading the price of solid unlocked phones to the bottom of pricing. Amazon wants $650 for an unlocked mediocre phone? And to limit it to Att only? Such bad ideas. People are going to get fired over this mistake. If you want one, just hang on for 3 weeks... that price will be hitting free very quick.
June 21, 2014

Lindsay Sakraida (DealNews)
@nimer Also, you're totally right that there are other Android phones that are better, although I wonder if Amazon will benefit from the fact that many consumers might feel overwhelmed with options. Sometimes people just opt for the brands they're familiar with...
June 20, 2014

Lindsay Sakraida (DealNews)
@nimer I agree with you that it won't flop nor will it really "kill it" with sales. The thing that's interesting though is that I wonder if it even matters. Because in theory Amazon expects to be making steady revenue off those users after they buy the phone, so even though they'd probably love to sell a ton, even modest sales might be deemed a success.
June 20, 2014

nimer
I don't think this will flop like facebook phone (remember that?), but I don't think it will be a killer either.

It's just in the premium phone range; unlike the Kindle Fire for example. Too expensive, especially when you can get a GREAT Andriod phone from Motorola for $300, or Nexus 5 for $400 (all of contract prices)
June 20, 2014

Chimasternmay
how am I learning the fault of the comment section of my favorite site only now....
June 19, 2014

Chimasternmay
fix comments, what is this errors can't even comment...
June 19, 2014

mogelijk
Not for the paraniod, having multiple cameras watching your every move.

Also not for those that get motion sickness, I remember the problems some users had with Apple's adaptive display -- and this is far worse.

The phone is overpriced for what it gives you and largely relies on gimmicks. Not to mention, you are tied to Amazon services as you can only use the Android apps that Amazon has in their store.
June 19, 2014

Louis Ramirez (DealNews)
@icon_st True -- a lot of its features were designed with the Amazon ecosystem in mind (it is an Amazon phone afterall), but not all of them are. Mayday, Dynamic Perspective, the extra storage space -- all of those are just great features period. And although Firefly might give Amazon links preferential treatment -- you don't have to buy everything you scan through Amazon. (And you probably shouldn't if you like comparing multiple prices.)
June 19, 2014

Louis Ramirez (DealNews)
@galoot I haven't personally held one, but so far I haven't seen any of the mainstream tech sites hate its design or build quality.

icon_st
All 6 you have listed are features to lure you to use more of Amazon on regular basis.... All amazon wants is that you use their service through their hardware using android platform. Sony, Samsung and others have real features and powerful phones that can be used on any network and not bound to Amazon services (You can still use amazon services).
June 19, 2014

Save a total of $46 with coupon code "PZY44BWMS-FS". Plus, the same code includes free shipping, an additional savings of $8. Buy Now at Proozy