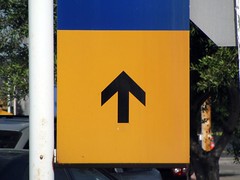 The cost of technology goes down steadily, making HDTVs and Blu-ray players today a much better deal than they were a year ago. It's too bad that most other things rise in price. Don't say you weren't forewarned! Here's a list of 20 things that will most likely cost more in 2011, presented to you with plenty of time to stock up now.

But first, we also went out with our video camera to the "Big Show" of the National Retail Federation to see what retail experts think about prices going up and down, because we have also compiled a list of 12 Things That Will Cost Less in 2011, with exact predictions on how low the prices will go. Here's what people had to say:

Beth Pinsker is dealnews' Editorial Director. She was most recently the Editor of WalletPop.com, and has been a life-long bargain hunter. Follow her on Twitter — @bethpinsker. You can also sign up for an email alert for all dealnews features.

DealNews may be compensated by companies mentioned in this article. Please note that, although prices sometimes fluctuate or expire unexpectedly, all products and deals mentioned in this feature were available at the lowest total price we could find at the time of publication (unless otherwise specified).

It's $56 off and the best price we've seen. Clip the on-page coupon and apply code "CJ4CY4L2" to get this deal. Buy Now at Amazon

It's the best price we could find by $14. Buy Now at eBay

Coupon code "CHESTNUT5" scores the best price we could find by $30. Buy Now at HP

That's a $10 drop from yesterday's mention, and a savings of $50 for this kitchen essential. Buy Now at Macy's