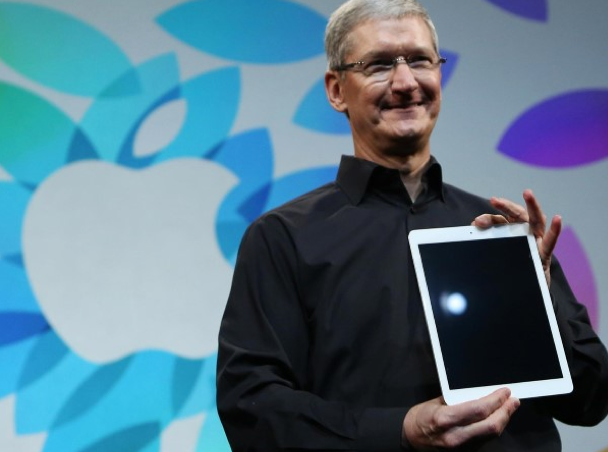 Before Apple held its latest event, we made a few predictions about iPad pricing. Now that the latest iPad lineup details are confirmed, we're back to give shoppers another quick rundown of potential iPad deals. From shockingly cheap iPad minis to surprising discounts on the latest iPad Air, here's what consumers can expect from iPad prices in the coming months.

The Original iPad mini Will Drop to $269

Contrary to our original prediction, Apple did keep the first iPad mini in the lineup. It will now sell for $299, which is $30 less than before. But that doesn't mean the discounts stop there. When the iPad 2 was first knocked down to a lower price tier in 2012, resellers began periodically taking an additional 10% off its new retail price. By Black Friday, the 16GB version even saw a 15% discount. If discounts to the mini follow a similar trend, then resellers like MacMall and Micro Center might offer the iPad mini for prices between $254 and $269 in the coming months. However, keep in mind that Apple currently sells factory-refurbished iPad minis starting at $249, and many people consider these units good as new.

If you prefer to unwrap the newly-minted iPad mini with Retina — which now costs $399, or $70 more than the starting price for the debut mini — then you'll want to wait until the new year to save. Last year, deals on the iPad mini didn't trickle in until January when retailers took 10% off the 16GB model. For the Retina mini, that would translate into a $359 price tag. Likewise, if you'd prefer a cheaper refurbished version of the second-generation mini, you might have to wait a full five months; that's how long it took the first-generation iPad mini to show up as such. Even then, it was only discounted 12% off its full retail price.

Unfortunately, Apple didn't move the iPad 4 down a tier to replace the iPad 2 at the $399 price point. Instead, the 4th-generation Retina tablet was ousted entirely, just like the iPad 3 had been in 2012. As such, retailers are already aggressively slashing prices on the iPad 4. Last year when Apple kicked the third generation iPad to the curb, Meijer took $50 off all models; conversely, we've seen two retailers in the past week drop the price of the iPad 4 to $399, or $100 off. (Keep that number in mind if you're considering buying the older iPad 2, which currently still retails for $399.) If you missed out on those deals, then be on the lookout: we will likely find similar offers between now and Black Friday. Alternatively, Apple currently offers refurbished iPad 4s priced from $379.

Look for Deals That Knock 12% Off the iPad Air

Perhaps the only thing that didn't surprise us during Apple's announcement was the premier of the fifth generation iPad, also known as the iPad Air. As is Apple tradition, it will cost $499. The good news here is, unlike the Retina mini, we do expect to see deals on the iPad Air this holiday. Last year, retailers discounted the 16GB iPad 4 to $440 (12% off) just weeks after its debut. And while the iPad Air's slimmer profile is indeed a premium feature, keep in mind that the previous generation was the first to sport a Retina screen; thus, fancy new features don't necessarily exclude the full-size tablet from deals.

As a result, we predict that we may find an iPad Air deal for around $440 this November as well. We also expect refurbished iPad Air tablets to debut sometime in February at 10% off the full price, so you'll potentially save more money with the first batch of Air deals than you would by waiting for a refurb.

The Bottom Line: Patience Is a Deal Virtue

While it's true that deals on Apple products are not numerous, they do exist! A patient shopper who monitors the deals (and perhaps sets up an email alert) will often be rewarded. So during your quest for an iPad this holiday season, remember to exercise deal-savviness; it just might save you anywhere from $40 to $100 or more.

Readers, are you interested in any of Apple's latest offerings? Will you wait for a deal on an iPad, or buy one right away? Let us know in the comments below!

Follow @DealNews for the latest roundups, price trend info, and stories. You can also sign up for an email alert for all DealNews features.
Lindsay Sakraida
DealNews Contributing Writer

Lindsay Sakraida (DealNews)
@ghostparasites I'm with you, I think the iPad 4 will be a good value this fall.
October 30, 2013

ghostparasites
i've been thinking about getting an ipad for my Mom. she has an iphone 4s and is kind of a hassle for her to come to my house to backup her iphone. the only thing she would be using it for would be light web surfing, netflix, apps and backing the iphone up. i think the ipad 4 would be a great choice considering that the newer ipad is in my opinion too thin and light. thats not a feature i would pay for. i think it would slip from my hand and the wear and tear occasional scratch and ding that it would go through would be more sensitive in that sense. so with that being said i think the ipad 4 would be a good bet.
October 30, 2013

momsy
I am waiting to get a deal on a tablet since I have signed up for your e-mail alerts and I'm glad for these alerts and articles as it's hard to know what is the best time. You've saved me lots of money by your DealNews e-mails each day and thanks to you, I'll get a good deal on my tablet in the near future. Thanks for all your hard work - it is appreciated by consumers like myself!
October 25, 2013

VIEW ALL
Blog · Roundups · 6 hrs ago
The Best Video Game Deals
The best of the best when it comes to video game deals, cheap consoles, and discounted accessories are gathered here, in one convenient roundup.
Blog · Morning Jolt · 10 hrs ago
5 Deals You Need to Know Today: A Parade of Macy's Discounts
Can you afford to not learn about the grievous injuries Sonic the Hedgehog has caused at Macy's Thanksgiving Day parades? Our discussion around the Macy's clearance sale will reveal all. Check out this offer and more in our roundup of the five best deals we found over the last 24 hours.
Blog · Roundups · 1 day ago
The Best Men's Clothing & Accessories Deals
From adidas to Uniqlo and Allen Edmonds to Wilsons Leather, this is your guide to the best men's clearance sales, designer clothes deals, and everything discounted in the world of men's clothing.
Blog · Roundups · 4 days ago
The Best Smart Home Deals
Whether it's a smart assistant, a security hub, a smart lighting setup, or one of the many other home automations on offer, these are our picks for the best smart home deals available right now.
Blog · Roundups · 4 days ago
The Best Patio Furniture Deals
From dining sets to fire pits to clearance sales, let the experts at DealNews guide you to the best discount patio furniture available today.

That's a savings of $23. Buy Now at Maurices

That's the best price we could find for a refurb by $17. Buy Now at Daily Steals

That's a savings of $64 and the best price we could find. Buy Now at Amazon

It's the lowest price we could find by $11. Buy Now at Macy's

That's $3 off and the best price we could find. Buy Now at Academy Sports & Outdoors