The Kate Spade Surprise Sale Is Here! Check Out Our Top Picks

Get all the details on how to save on this trendy handbag and apparel brand — a favorite of Pippa Middleton!
BY:
ERIN CODUTI
DealNews Contributing Writer 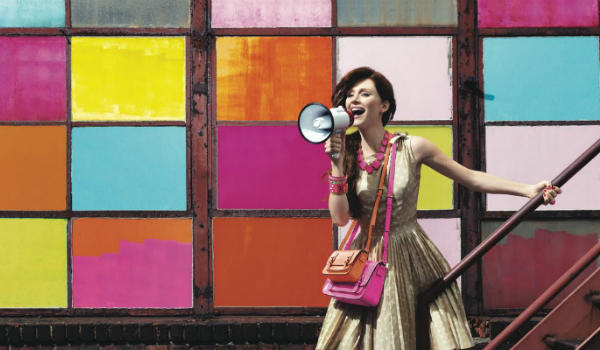 Our deal editors are curating the sale as we speak, and they're posting the top offers here. Check out the current deals, or read on for more information about what's still to come.


Kate Spade New York has long been known for its handbags, but the brand has taken off in the past few years, becoming popular for women's and girls' dresses, footwear, and more. In spite of the "New York" in the name, the brand has an almost British vibe — which isn't hurt by their big fan Pippa Middleton.

Fortunately for the rest of us, DealNews has all the secrets of Kate Spade's Surprise Sales, so you can look your best without raiding the royal treasury.

Kate Spade's Surprise Sales are offered to their online customers only, and they are the deepest sales on Kate Spade goods, not counting coupons. You can expect discounts of up to 75% off, meaning most purchases will be considered "final sale." (Kate Spade doesn't take returns on items purchased at a discount of 50% or more.)

SEE ALSO: The Best Women's Fashion Deals of the Week

One downside to Surprise Sales: Unlike Kate Spade's usual sales, no-minimum free shipping is uncommon. Still, shipping only adds $5 if you aren't over the minimum, so it isn't a big problem.

When Are the Surprise Sales?

Kate Spade offers a handful of Surprise Sales a year. While dates aren't set, they seem to be more common in the first few and last few months of the year, and more sparse in the summer months. A few times you're likely to spot one: mid-February, mid-March, late May, late September, and mid-December. To get a heads-up when the sale launches, sign up for Kate Spade's email list or set up a DealNews Alert.

Surprise Sales last one to five days, but it behooves you to hit the sales early, even the longer ones. Stock is limited and the hottest items tend to get snatched up quickly.

How Else Can I Save?

Kate Spade does occasionally offer coupons, and DealNews will always report on the latest. What kinds of discounts can you expect? Either a 25% off sale or 25% off sitewide are most likely.

Of note: While Kate Spade doesn't usually have coupons active during Surprise Sales, they sometimes offer a coupon directly after a Surprise Sale "officially" ends, while leaving Surprise Sale-level discounts active. While you can't count on it, it's worth looking for!

However, you can count on awesome Cyber Monday deals. For the past two years, Kate Spade has offered a coupon for an extra 30% off on Cyber Monday, and that coupon has stacked with sale items for the absolute best deals of the year.

Did we miss your favorite Kate Spade saving tip? Let us know in the comments.

VIEW ALL
Blog · Buying Guides · 26 mins ago
What to Expect From Father's Day Sales in 2022
Father's Day is around the corner, and sales will be in full swing before you know it! Check out our guide on what to expect from Father's Day sales in 2022, including what will be discounted and the savings we should see.
Blog · Morning Jolt · 12 hrs ago
5 Deals You Need to Know Today: Save an Extra 50% off in Levi's Memorial Day Sale
It's an extra 50% off sale styles and 30% off everything else in Levi's Memorial Day hijinks. Check out this offer and more in our roundup of the five best deals we found over the last 24 hours.
Blog · Marketplace · 1 day ago
How to Create Coupons on Amazon
Amazon brought coupons to Seller Central in 2017, but these aren't your grandmother's coupons. Learn how to create coupons on Amazon, and what to know before you do.
Blog · Buying Guides · 1 day ago
6 Simple Ways to Renovate Your Kitchen Through Home Depot
If you're feeling like your house needs a refresh, consider these simple ways to do a Home Depot kitchen renovation. You can update your look and potentially increase your home's value!
Blog · Buying Guides · 5 days ago
What's the Best Time to Buy Big-Ticket Items?
Savvy shoppers are always on the lookout for a great deal, and to help you out, we've put together guides on the best times to buy big-ticket items.