Everything You Know About Millennials is Wrong: 5 Money Myths About Gen Y

Bashing millennials makes for interesting press, but this generation isn't entitled, irresponsible, or indebted. Well, not as much as you've heard, anyway.
BY:
ANGELA COLLEY
DealNews Contributing Writer 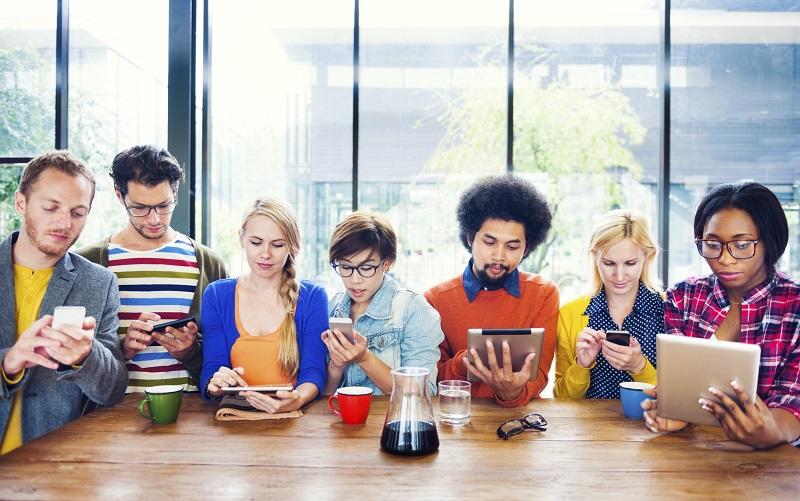 It's a tale as old as time: A new generation comes of age and the previous generation isn't so sure about those new guys. It certainly isn't a fate millennials have escaped. They're a hot topic right now, whether it's the latest technology-based, millennial-staffed, charity-minded startup making you roll your eyes, or another story about student loan debt making you question their financial sense.

But is it all generational fact, or is there some myth behind the gossip? We polled millennials on their financial lives to find out.

We've all seen the Saturday Night Live sketch. Millennials just expect to be paid top dollar, take vacations whenever they want, and get promoted quickly, right?

Many millennials first entered the workforce at the worst possible time — toward the end of a recession when the housing market and economy were still on shaky ground. It presented a unique challenge. While other, older generations had a chance to work and save money before the financial crash, millennials were still in school.

Despite the challenges, millennials seem to be finding a way to make it work. Unemployment rates for the generation are higher than others, but those rates have been dropping while more and more millennials have been finding work.

Between 2013 and 2014, millennial unemployment rates dropped 1.8%, while the number of employed millennials increased by 990,000, according to the White House.

And those that are employed aren't pouting (much). Our survey found 24% of millennials thought there were paid very well, while 62% felt they were at least paid fairly.

Is it a myth?: Mostly

SEE ALSO: These Employers Will Help Pay Off Your Student Loans

And they're not ignoring the debts. Of those we surveyed, 33% pay more than the monthly amount due, while 20% did the same when they could.

Millennials are totes irresponsible — they're not buying homes, or saving for the future, they're just over there shopping online and buying all the latest technology, right? Not exactly.

There may be some Apple Fanboys in their ranks, but most millennials don't seem to be racking up credit card debt to pay for that technology. According to our survey, 55% of millennials who have credit cards carry a balance less than $1,000, while only 12% fall into the $5,000 to $10,000 debt range.

And they're paying it back too. Only 17% are paying the minimum payment each month. Nearly half (41%) pay their balance in full every month.

Our study also showed millennials care about the kind of credit they take on: 52% of respondents said they look for credit cards with no annual fees, 48% look for a low interest rate, and 47% want cash back on their purchases.

They Don't Plan For the Future

Many, many financial experts will be happy to tell you that millennials are scared of investing, or flat out haven't planned for retirement. But the truth is more complicated.

Our survey found millennials are divided when it comes to financial worries now — 54% said they were stressed about money, while 46% were not. And they may not have big financial plans for the immediate future. When asked what they hoped to accomplish this year, 24% said they wanted to take a dream vacation and another 24% said they'd buy a new car.

They may also be struggling to overcome their current debts, making it difficult to save for the future. When asked about student loans, 51% said they regretted taking the loans out in the first place. Unsurprisingly, 67% said they'd be saving more money if they didn't have student loans to pay.

And many millennials are planning for retirement now, and doing so in ways previous generations didn't. A recent study found many in this generation prefer individual stocks and independent retirement accounts over mutual funds and hands-off planning. In that survey, 82% of millennials had diversified portfolios with little employer stock (20% of the total).

They Only Care About Social Causes

Is it a myth?: Maybe

Millennials care about social causes. A lot. Whether it's a GoFundMe campaign, or a protest on Wall Street, millennials are likely to flock to and support the causes they believe in and the companies who support those causes.

But as it turns out, no matter what party millennials are routing for, money still matters. In our survey, 54% of respondents said the upcoming election is making them fear for the economy.

Readers, have we changed your mind about millennials, or do you you still believe the rumors? Perhaps you're a millennial, and you'd like to dispel a few myths we missed? Whatever your generation, share your thoughts in the comments below!

notgooddeal
how many of 63% who don't have student loan,don't have because their parents paid for it or took loan or saved less for their retirement or carry mortgage instead of paying off?
April 5, 2016

nestormart
These comments are ridiculous, every older generation complains about how their way was better, and the current generation are self entitled brats, youth is wasted on the young, and blah blah blah. no generation is perfect, even the golden "baby boomers" made major mistakes that have had long lasting repercussions that still affect us today.
April 4, 2016

ski522
"Millennials just expect to be paid top dollar, take vacations whenever they want, and get promoted quickly, right?"

Uhm...we hire a lot of young people and there are quite a few who expect the above comment to be reality...more so then I've seen in prior gens!

Allybeau
My experience with millenials is they have great difficulty solving a problem, or even working, by themselves.. Everything takes a helicopter parent or a group of their peers. Self-reliance seems impossible for them.
That's the bad news. The good news is they are enthusiastic and very entrepreneurial. As long as there is a group.
April 3, 2016

ivo
Let me guess: written by a millennial. There's nothing like describing a box- from the inside. I fear your perspective lacks...perspective.
April 3, 2016

skaets
When you like Bernie or Hillary. I would say you are irresponsible
March 30, 2016