Falling gas prices and an end to tarrifs on Chinese imports will affect prices on everything from food to electronics.
BY:
JOSIE RUBIO
DealNews Contributing Writer 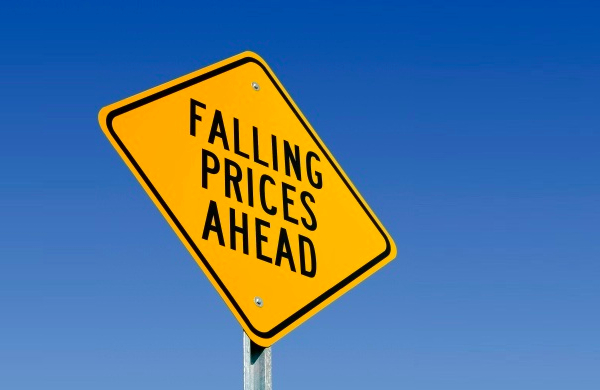 The Great Recession may have technically ended over five years ago, but that's probably a surprise to millions of Americans still worrying about their budgets. A modicum of relief is on the way in 2015, as prices fall on some popular goods and services — including one major necessity that affects many others: gas.

From cranberry sauce to a Kia sedan, read our predictions for items that will drop in price in the coming year. Peruse the list, then consider also checking out what items are increasing in price in 2015 — as well as signing up for the DealNews Select Newsletter, so you can save money on everything else in the coming months. 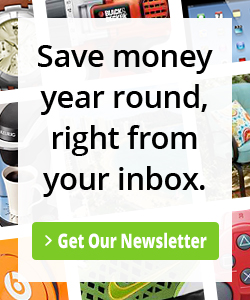 Though fuel prices are falling, most air travel prices are increasing. However, the price of transatlantic flights could decrease because of added flight capacity, according to the American Express Global Business Travel annual forecast. Several airlines are also offering cheap transatlantic trips, including Norwegian Airlines, which started offering flights between London and New York City for about $255 each way in June 2014, as well as bargain flights from Los Angeles and Fort Lauderdale. Iceland-based WOW Air recently started offering flights between the U.S. and Europe for as low as $99 each way.

Since 2010, the top 40 cable channels have lost more than 3 million viewers because of "cord cutters" quitting cable TV, and cord nevers, who have never paid for cable at all and instead watch shows online. The big news in 2015 is that HBO will start to offer a streaming service for nonsubscribers in April, just in time for Game of Thrones. CBS also is offering a la carte on-demand TV with its CBS All Access service.

For this reason, too, pay-TV providers are increasingly looking to lure the "cord shaving" crowd, offering cheaper bundles with fewer channels at low prices in the hopes that these customers will eventually upgrade. And some even say that cable bundles might be the better deal, as a la carte TV options can add up, making cable bundles the better deal in some cases. So weigh your options before embarking on winter binge-watching. (Check out our feature on cable-cutting myths.)

Cloud storage companies are continuing to cut prices and increase storage in what's being called "the race to zero." Consider the trend this past year: When Amazon dropped cloud storage prices by 22%, Microsoft did the same the very next day. Across the board, price drops continued throughout the year, and the trend is set to continue.

In fact, Aaron Levie, CEO of cloud company Box, recently predicted "a future when cloud storage is free and infinite." Amazon is considered to be at the forefront of keeping things competitive, and the company recently added unlimited photo storing services for Prime members. Just consider storing all those nudes photos someplace safe.

And there's more to actually watch on 4K TVs as well. Amazon recently started 4K streaming limited content at no additional cost to Prime members. And Netflix has recently expanded its offerings at $3 more for 4K content, but as competition increases, prices for content should drop. (Check out our discussion on whether it's time to buy a 4K TV deal.)

By the end of 2015, LTE smartphones are expected to be as cheap as $60, even before subsidies. The global growth of smartphone sales is slowing, according to a forecast from International Data Corporation, meaning competitive pricing and lower prices. Those looking for smartphones for less than $200 can also expect more for their money, including HD screens.

The much-anticipated Apple Watch is set for release in early 2015, at a price of $349 to potentially thousands, and an estimated 10% of consumers report that they're considering buying one. If you're looking to spend less, technology research firm Gartner predicts that smartwatches will make up to 40% of wrist-worn devices by 2016 and the increased demand for wearable tech will cause prices from some manufacturers to drop below $150. In fact, some smartwatches could be as cheap as $30 in 2015, and Chinese company Xiaomi sells a fitness tracker for only $13.

Speaking of China, after negotiations at the Asia-Pacific Economic Cooperation summit in Beijing in November, tariffs that have added 25% to the cost of tech products in the United States could be a thing of the past. According to a White House statement, more than 200 tariffs will be eliminated, potentially affecting the prices of medical equipment, GPS devices, computer software, and video game consoles. We'll most likely see lower prices on products manufactured in China, possibly even Apple products.

As a special holiday promotion, the retail price of the Xbox One dropped from $399 to $349 through January 3, 2015. During Black Friday, we saw a lot of Xbox One and PlayStation 4 deals for even less; in fact, the Xbox outsold the PS4 because of these deals, and we suspect Microsoft will be hesitant to inflate that price back up again. And even if they do, retailers might be forced to continue offering deals if customers are now accustomed to the lower price point. Plus, with the recent trade agreement between the United States and China expected to reduce prices of video game consoles, it's a safe bet that gaming systems will cost less in 2015.

The 2015 model of the Kia Forte is $10 less than last year's model, making it cheaper than the Nissan Sentra. And if $10 in savings doesn't sound significant, keep in mind that this makes the Forte officially the year's least expensive compact car.

Since 2013, butter prices in the U.S. doubled, reaching an all-time high of $2.85 per pound in September. By October, butter had fallen to $2.53 per pound and dropped by a third in November, with lower overall dairy prices predicted by the USDA in 2015.

The cranberry sauce for your Thanksgiving feast may have cost a bit less this year, and prices may continue to drop. News of cranberry excess surfaced as early as 2013, and to deal with the cranberry surplus — nearly at 100% with 16 million barrels — the U.S. government just purchased 680,000 barrels' worth in juice, sauce, and dried berries for distribution in food banks and schools.

Which price drops are you looking forward to? Do you have your own predictions for 2015? Tell us in the comments section below! And make sure to sign up for the DealNews Select Newsletter to save money year round, or check out our monthly buying guides to get a leg up on seasonal changes.

Scroogus Maximus
With the elimination of tariffs on cheap Chinese goods, which are made cheap by paying Chinese workers almost nothing and using throwaway production methods, expect the market to flood with cheap (Cheap="inexpensive" and "low quality"...what, you expect good quality from someone paid $1.16/hour?) versions of everything that doesn't work in a power outage during a storm.

Tire prices won't drop because the prices paid for inventory were contracted out 6-12 months ago, when prices were high. Despite what consumers believe, commodity prices are neither instant nor market-responsive on a daily-basis, what's-on-my-iPad level. Goods & services are purchased en masse in huge buys, but most of those buys are negotiated by lawyers (insert obvious joke here) months in advance of when those items reach the shelves. Electronics are the most market-sensitive items because of the turnover and rapid-fire improvements; almost nothing else has such a quick price-change pattern.

pottsgw
@SarahM : tire prices were driven up to insane levels by a tariff designed to block Chinese imports and still haven't recovered even though I believe the tariff has expired. Check out Planet Money podcast #467 (and earlier mentions in eps 55 & 94)
January 6, 2015

SarahM
Tires: A average tire contains 3 to 5 gallons of oil. So the price should very well drop, and if not, why.
January 5, 2015

Cilvre
Pay-tv providers piss me off so bad with the bundling. All I want is like 7 channels, and I'd gladly pay 50 a month for those channels, but they break them out into separate packages, so in order to get all 7 of those channels in my subscription, I would need to pay 160 and have 260 worthless channels. This is why people are cutting the cord. They want to watch what they want, when they want, and without the fluff in the middle.
January 5, 2015