Viva Las Vegas: Visit the Entertainment Capital of the World 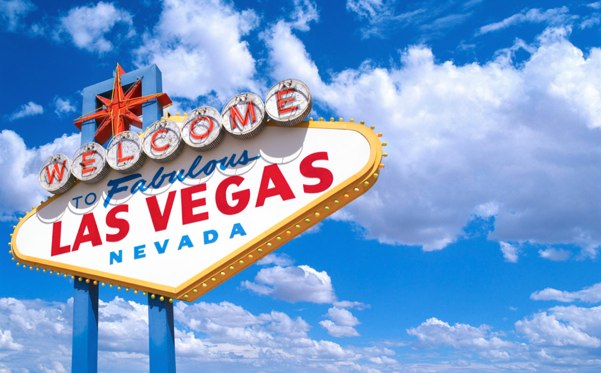 In just over a century, Las Vegas, Nevada, has grown from a few motels in the to desert become the "Entertainment Capital of the World." With 17 of the 20 biggest hotels in the U.S. situated in its city limits, Vegas is an ever-evolving fantasy land where just about anything goes. Get ready to experience all that Las Vegas has to offer, from airfare and hotel bargains to discount food and drink, to endless and inexpensive nightlife events.

Before we get to the glitz and glamour of all the deals we've found, let us pause for a moment to remind you that the hidden resort fee is more prevalent in Vegas, so visitors should expect an additional $10 to $30 per night added to their hotel bill.

Stay on the Las Vegas Strip

There are no hidden feels when you book yourself a 1-way Alaska Airlines flight to Vegas (from $57.90, a low by $11, expires November 11). Upon arrival, hop on the monorail and head straight to The Signature at MGM Grand (from $79, a low by $16, expires November 8). This luxury hotel is a non-smoking, non-gaming hotel situated right around the corner from the famous Bellagio fountains. All the rooms at The Signature are suites and range in size from 550- to 1,500-square-feet. Plus this deal comes with a $50 Restaurant.com voucher, which we recommend bundling with two tickets to "V - The Ultimate Variety Show" (from $70, a low by $100) for an economical and unforgettable night on the town.

The Strip is the electric spine of Vegas, where the party begins and ends, and the most renowned hotels can be found. If you want to pick a home base near to all the action but without as much of the craziness, opt for a stay at the Vdara Hotel and Spa (from $79, a low by $37, expires November 15). This no-smoking, non-gaming boutique hotel is tucked away behind the Strip opposite the Aria, right next to Vegas' mall, Crystals. If you prefer something a bit more hip, check in to The Palms Casino Resort (from $39, a low by $20; expires November 11) next to Caesars Palace further up the Strip. The Palms has hosted several MTV events and combines neo-retro decor with rockstar chic and is a favorite spot amongst Vegas's 20-something and 30-something demographic. This package comes with two Ghostbar or Moon Club passes so that you can can immerse yourself in the famous (or infamous) Vegas nightlife. If you want to keep the party going why not also grab this deal for six drinks at the The Ainsworth (from $29, a low by $21; expires November 21). This bar inside the Hard Rock Hotel can turn into a sports bar on game days, but late at night it's a pretty swanky little club and lounge.

Whether celebrities brought the movies to Vegas, or the other way around, the city has played host to a long and illustrious list of movies. Add your footprint to the cinematic trail with a stay at The Riviera Hotel and Casino (from $15, a low by $3, expires November 14). Located at the north end of the Strip, The Riv opened its doors in 1955 and has been the backdrop to classic Vegas films such as Martin Scorsese's Casino and Johnny Depp and Terry Gilliam's Fear and Loathing in Las Vegas. If you want to add a touch of Hollywood glamour to your Vegas trip, head out on this Elite VIP Tours package ($39, a low by $61), which includes admission to three night clubs and unlimited drinks on the luxe limo bus between clubs.

We almost forgot to mention that you can gamble in Vegas! If you're looking for a straightforward hotel and casino package then check out the Boulder Station Hotel and Casino (from $16, a low by $14, expires November 14). This huge and sprawling Casino is exactly what you imagine when you think of Vegas and comes with a $50 Resort credit pack, which includes a free cocktail, bingo pack, bowling game, and more. If you can tear yourself away from the casino floor for just three hours, this Nosh Gourmet Food Walking Tour (from $29 per person, a low by $30; expires February 2) is a great chance to experience some of most notable Vegas establishments, such as Caesars Palace, Gordon Ramsay Pub and Grill, Beijing Noodle #9, and Old Homestead Steakhouse.

View Vegas from a Distance

If Vegas appeals to you but you'd prefer to leave some of that hustle and bustle behind, book a room at the Aston MonteLago Village Resort (from $80, a low by $14; expires November 30). Just 20 miles from the Strip, this Mediterranean-styled resort is an neon-free oasis safe from one-armed bandits and roulette wheels. Relax on a peaceful gondola cruise on Lake Las Vegas or take a day trip to into the Mojave desert.

However you choose to spend your Vegas vacation we recommend capping off your adventure with a 20-minute helicopter tour (from $69, a low by $80; expires December 1). Make sure to book an evening tour to see landmarks like Fremont Street, the Stratosphere, the Bellagio Fountains, and the Eiffel Tower replica lit up in all their splendour.

If the bright lights and endless nights of Vegas don't thill you but still want to take some time off and enjoy a fall getaway, be sure to check out our weekly travel deals for other car rental deals, discounted cruises, bargain hotel stays, and vacation packages.

At the time of publication, these travel deals offered the lowest prices we could find. Deals may include blackout dates, additional taxes, and fees. Some of our prices may be based on mandatory double occupancy. Note that select deals were less earlier in the week before publication, but all are still current price lows.
Paula Bradley
DealNews Contributing Writer

VIEW ALL
Blog · Roundups · 1 day ago
The Best Smart Home Deals
Whether it's a smart assistant, a security hub, a smart lighting setup, or one of the many other home automations on offer, these are our picks for the best smart home deals available right now.
Blog · Roundups · 1 day ago
The Best Patio Furniture Deals
From dining sets to fire pits to clearance sales, let the experts at DealNews guide you to the best discount patio furniture available today.
Blog · Morning Jolt · 1 day ago
5 Deals You Need to Know Today: The One With The Seinfeld LEGO Set
LEGO announced pre-orders for this Seinfeld set were open, and a whole generation of sitcom fans skidded into view like so many Kramers. Check out this offer and more in our roundup of the five best deals we found over the last 24 hours.
Blog · Buying Guides · 2 days ago
The 5 Best 'Buy Now, Pay Later' Sites to Check Out
Buy now, pay later services let you get items you want now and then pay them off over time. Curious about the best buy now, pay later sites we could find? Check out our in-depth guide on what to expect from them.
Blog · Buying Guides · 4 days ago
7 Ways to Save When Shopping Online at Best Buy
Best Buy is a go-to store for shoppers who want electronics deals, but are you saving as much as you could when you shop? Our guide to Best Buy online shopping gives you all the best tips and tricks to save more.

It's $15 under list and the best price we could find. Buy Now at Amazon

It's $30 off and the lowest price we could find. Buy Now at Best Buy

Sign in to your Nike profile (it's free to join) and apply coupon code "BEST20" to save $70 off list. Most merchants charge $110 or more. Buy Now at Nike

It's $6 under what you would pay at Amazon. Buy Now at Woot! An Amazon Company