You might think the daily grind at dealnews would make the staff jaded toward any and all discounts, but it's quite the contrary — we get just as excited about finding the perfect buy as our readers! And just like that friend who loves to proudly demand that people guess how much she paid for her dress, we also love to brag about our most memorable purchases from the site. Once we hit that "submit order" button, we'll tell anyone who will listen about our conquest: Family, friends, pets, the pizza delivery guy, and even perfect strangers on Twitter.

For example, I scored a $50 credit to EN Japanese Brasserie for $25 via Google Offers. I had seen (and purchased) the same offer from Groupon a year ago, so I was thrilled to see this deal appear again. EN is one of my favorite Japanese restaurants in New York City, and I plan on taking the train to Manhattan one Sunday morning for a delicious brunch (with my credit in tow).

So what else on the site has made the dealnews staff's heart skip a beat?

Molly's parents often wondered what exactly it was their daughter did for a living. (Professional shopping does seem suspect.) So, during a recent visit home, she managed to give her mother and father a perfect example of how dealnews can be used, while also saving them nearly $80 and a trip to the store. Their home printer, a Brother LC-61, was in need of ink. Instead of letting her parents trek across town for supplies, Molly showed them what a quick search for that model number on dealnews yielded. As a result, mom and dad not only nabbed some ink on the cheap, but also gained a newfound appreciation for their daughter's career choice.

Kristen is in the process of preparing for the new school year, and her son is reportedly prone to going through school bags "faster than Lady Gaga goes through meat dresses." Fortunately for Kristen, a generous selection of 5dot backpacks were heavily discounted during her pursuit. (She saw the same bags retailing for $40 at her local Walmart that same day!) Now Kristen's son has a collection of high-quality backpacks to last him until after college. Meanwhile, Kristen notes, "With the money I saved, I can work on weaving that bacon sweater vest for my son for the first day of school."

At $6 shipped and a $24 price low, Nathan thought he had stumbled upon a price mistake. Fortunately, the deal was valid, although it barely lasted half an hour. With all of the traveling he's been doing lately (including a move from Alaska to Alabama), Nathan figured an extra carry-on bag would be wise to have. Plus, the bag is a size convenient enough for long weekends, and could ultimately save Nathan more money by avoiding costly airline baggage fees. 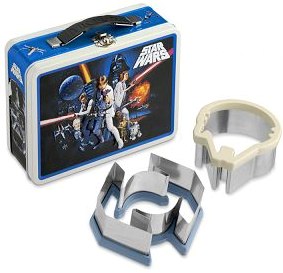 "Sheer awesomeness" is why Chuck purchased this Star Wars-inspired bundle, which includes sandwich cutters shaped like a Millennium Falcon and Tie Fighter. Since he laments not having anything like that when he was in school, Chuck plans to share his sandwich cutters and lunch tin with his 2-year-old son (and to of course live vicariously through him when his classmates look at his lunch in envy).

Daniel, our resident photo guy, purchased several of these inexpensive photo lens pens since they're almost identical to the Nikon Lens Pen — but at least $8 cheaper. Despite being just a buck, the pen performs as well as its more expensive, name-brand counterpart. Daniel gives the Pisen lens cleaning pen a glowing review, noting that it does a "fantastic job" of removing fingerprints and smudges from his lenses.

Buying cheap PC game downloads is one hobby of Jim's. (Playing them all is another hobby, albeit a tad more time consuming.) This sale allowed Jim to purchase a bevy of older games for around the same price of one new release. Included were multi-title bundles from Rockstar, THQ, Square Enix, and other notable game publishers.

Jeffrey and his wife recently welcomed into the world their first child, an adorable baby boy. While they were still expecting, Jeffrey was seeking a brand new Daddycam digital SLR with which he could capture his son's finest moments. In May, Best Buy had an unadvertised sale on DSLRs, which featured significant markdowns on several models, including the exact Canon camera Jeffrey had been looking for — available at an all-time price low (as of May) to boot! The Rebel T3i has served this new father well; the dealnews staff has been treated to some wonderful photos of the Contrays' pride-and-joy. (Next on the list: A new lens.)

As a self-proclaimed "wine geek," Louis loves trying new wines. He signed up for a Lot18 membership immediately after he spotted the deal, while thinking in the back of his mind that it was too good to be true. In this case, it wasn't a farce, and Louis got two bottles of wine for free. They were even better than some of the $10 wines he's tried! 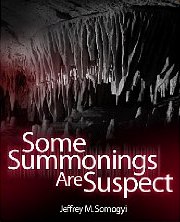 Unlike our other accounts, Jeff's memorable deal isn't a purchase he's made. In May, Jeff's first short story hit the Amazon Kindle Store, and the staff took it upon themselves to celebrate his achievement by promoting it on the site. The host of the dealnews podcast appreciated the gesture: "It was touching that our company, with no profit to be gained from doing so, would promote my personal project...it just goes to show the kind of company dealnews is, and the caliber of people I work with, every day." The story is now available for free at Amazon, and two additional titles have since been published (also free).


Feeling inspired by these touching tales of dealnews retail therapy? Tell us about your proudest purchases in the comments! Or, keep an eye out for future brag-worthy deals; the best way to stay up-to-date is to subscribe for email alerts, which arrive in your inbox as soon as your desired deal posts to the site. (It's the next best thing to being a dealnews editor.)

cs85b03
One more - Target black friday 2010.  I know so many were hurt by Target's actions to this one (including cancelling all online orders and intentionally de-stocking the shelves), so I figured I'd rub it in.

LOTR blu-ray Trilogy for $7.99.  They took them off the shelves due to the "misprint" as almost all Target stores did.  Somehow I convinced the customer service manger to write me a raincheck.  I got one for myself and one as a present for my father a week and a half later.

cs85b03
In Christmas season 2009 Radio Shack offered Sony PS3 dual-shock 3 controllers for $29.00 each.  What wasn't mentioned is that there was an additional coupon (found elsewhere) that allowed for $25 off $75 and free shipping.  I ended up with three PS3 controllers for around $60.  I was skeptical at the time, because they were almost regularly $60 everywhere, but sure enough they arrived two days later.
August 17, 2011

bhauger
In November 2009 a deal came up for Ultimate ears TripleFi 10 earbuds for $99. I had been in the market for some good ear buds and had tried several in the $70-80 range and had returned them all. I ordered these $399 ear buds for $99. The catch was they said they would arrive after xmas and there were disclaimers all over the checkout page. They arrived on dec 24th and have been the best listening experience ever. I let people listen and they cant believe the sound, and for $99. This has been one deal I have not seen repeated. thanks deal news!
August 17, 2011

ARRC
Several months ago Best Buy advertised an LG Front Loading Washer that
was originally $700 for $479 plus shipping of something like $70.  So I
went to Sears to see the exact same washer to make sure it was what I
was looking for in a washer after reading glowing reviews about it
online.  Sure enough it had some great features and the price was
excellent.  So I noticed that Sears has a price match guarantee so I
inquired.  After the sales agent verified my price by looking up the
Best Buy ad, which didn't mention the shipping charge, he deducted
another $48 from the price and arranged for free in-home delivery and
setup.  So the final price was $431 with free delivery.  And it has
turned out so far to be the great washer that people in the review said
it was.  What a deal!

oreotookie
One of my best deals was when Fry's has the Logitech Harmony 1100 remote for $49 after MIR + s/h. I had to fight for it though. They weren't supposed to allow backorders, but they did. They contacted those customers and said they were going to honor them afterall. Well, not mine. They kept messing it up. After four months of phone calls and emails (polite and patient, yet firm), I finally had the remote in hand. Another month or two later, I had my $80 mail-in rebate. Let's just say I am a little persistent.
August 17, 2011

VIEW ALL
Blog · Roundups · 1 hr ago
The Best Tool Deals
We've rounded up the best deals on tools, accessories, combo kits and more – from beginners to hobbyists to pro-am and beyond, look no further for your cheap tool needs.
Blog · Roundups · 5 hrs ago
The Best Men's Clothing & Accessories Deals
From adidas to Uniqlo and Allen Edmonds to Wilsons Leather, this is your guide to the best men's clearance sales, designer clothes deals, and everything discounted in the world of men's clothing.
Blog · Buying Guides · 6 hrs ago
Black Friday Travel 2021: What Flight and Hotel Deals Can You Expect?
Travel suffered in 2020, but with life getting back to normal in many places in 2021, we expect excellent Black Friday travel discounts to return. Check out our guide to see the deals to look for this year.
Blog · Morning Jolt · 6 hrs ago
5 Deals You Need to Know Today: The Best Ever Price for a Google Home Hub
Verizon is offering the Google Home Hub at the best price we've seen yet. Check out this offer and more in our roundup of the five best deals we found over the last 24 hours.
Blog · Buying Guides · 3 days ago
The 7 Best Things to Buy in October (And 7 Things to Buy Later)
Black Friday is just around the corner, deal-seekers, but October has excellent deals that are worth shopping. Check out our guide on what to buy in October and what to wait on until later.

It's $61 under list and the lowest price we could find. Buy Now at Wayfair

It's $193 under list and the best price we could find. Buy Now at eBay

Apply code "GBJ8FEW7" to save a total of $10 and drop the price $3 below our mention from two weeks ago. Buy Now at Amazon

Coupon code "DECORDAYS15" drops this to $35 under Walmart or Amazon's price, although it's mostly $250 or more elsewhere. Buy Now at Home Depot