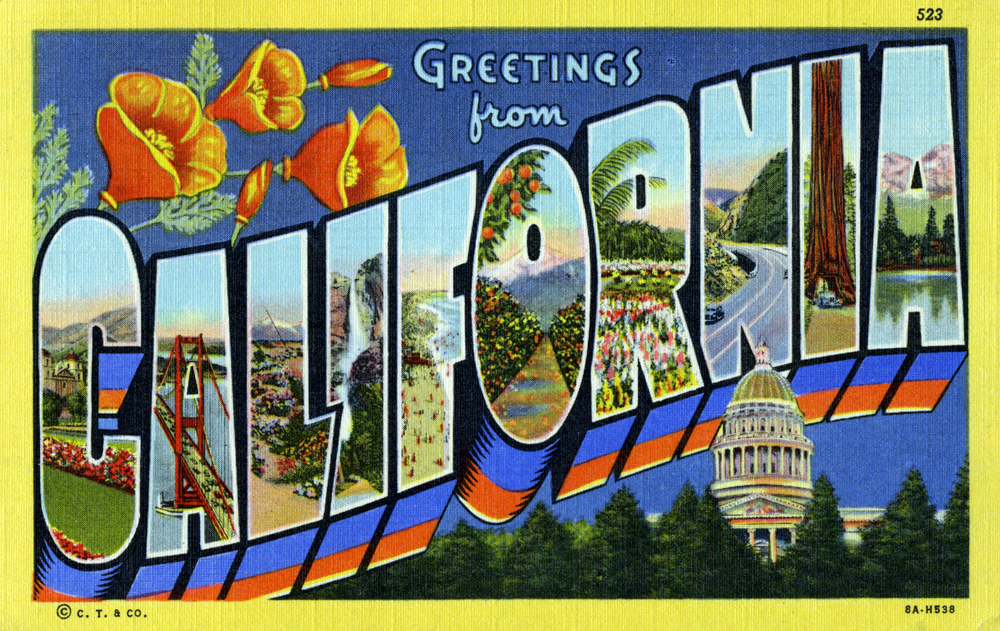 From the gold rush to the modern-day lure of Hollywood, California has long captured the imaginations and hearts of many seeking wild success — not to mention fun in the sun. The Golden State has even inspired countless songs, films, books, and artworks.

Aptly, the state motto is simply "Eureka," which is Greek for "I have found it." As the celeb-riddled "Visit California" commercial touts, you're likely to find whatever it is you seek. Take in the bustling nightlife and shopping in L.A., the beaches of San Diego, and the unique culture of San Francisco, or explore the state's wineries, coastal towns, hiking spots, and redwood forests. We're about to show you why the West Coast claims to be the "best coast" and the best place to vacation on a budget!

Pack your bags and book one of these Wednesday and Saturday United Airlines roundtrip flights to California (from $117.80, a low by $17; expires October 15), and fly high on the third lowest base fare for Cali flights we've seen this year. Among these deals are roundtrip flights from Portland to San Francisco ( from $137.80), Denver to San Diego ( from $219.80), and New York (JFK) to San Francisco (from $331.80).

These American Airlines roundtrip flights to California (from $111.80, a low by $10; expires October 10) are also for the budget-minded; they're priced at the fourth-lowest base rate we've seen this year from American Airlines. Explore California and book a flight from Los Angeles to San Francisco (from $115.80), or check out a flight from Los Angeles to Tucson (from $157.80).

Take a relaxing journey up the California coast on a Norwegian Cruise Line 5-night Pacific Coast cruise for two (from $698, a low by $60; expires October 14), the cheapest 5-night Pacific cruise we've seen all year from any cruse line. Explore Los Angeles before embarking on a journey to San Francisco and Vancouver, British Columbia. You'll have a few days at sea aboard the Norwegian Pearl, which is equipped with a bowling alley, a rock-climbing wall, pools, and 16 dining options, and we're sure you can find something worthwhile to spend your $15 credit on. 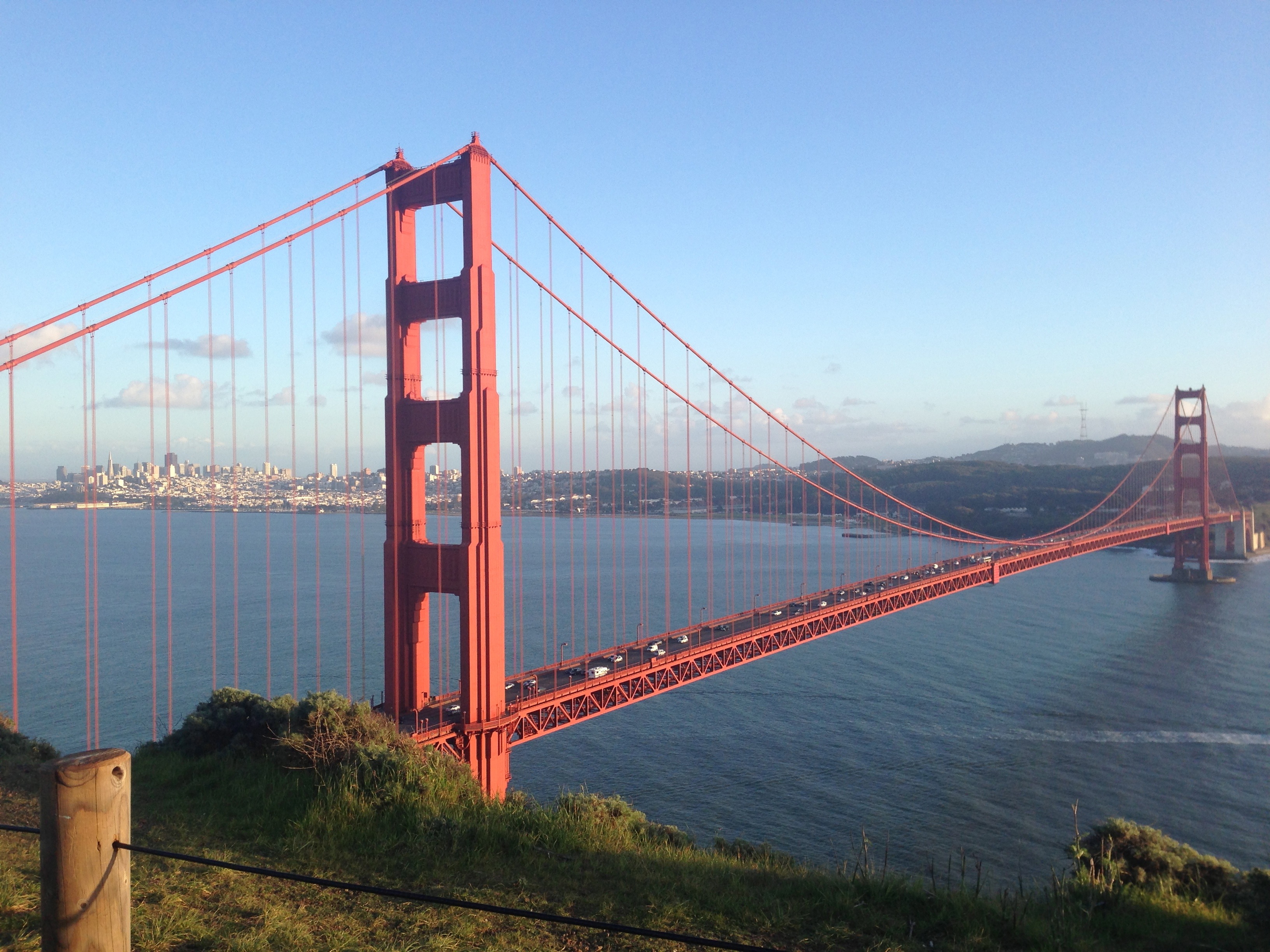 San Francisco has captured the hearts and imaginations of many, with its coastal charm and diverse cultures, from Chinatown to the Castro. Visit the iconic Golden Gate Bridge, the old counterculture center of Haight-Ashbury, the artsy Mission District, and the bustling Fisherman's Wharf. Book a 2-night stay at the Westin St. Francis (from $338, a low by $46; expires October 31) through Thanksgiving or though Christmas, and enjoy this luxurious 4-star hotel right on Union Square. The historic hotel, which opened in 1904, is across the street from Sears Fine Food, a longtime tourist destination for its Swedish pancakes.

Surprised that we found deals for holiday hotel stays? Well, don't be! You can also book a stay at Aloft San Francisco Airport (from $107, a low by $13; expires October 31) at a discounted price that applies to Thanksgiving and Christmas as well! Plus, Aloft hotels are pet-friendly, so you can bring along your four-legged friends. Or opt for a night at the Aloft Silicon Valley (from $94, a low by $9; expires October 31). Lounge by the hotel pool and visit nearby San Jose, which has a charming downtown area that's often host to festivals and concerts, and have a margarita at Mezcal or stop in for a pint at Trials Pub. Completing the Aloft trifecta is a weekend stay at the Aloft Cupertino (from $119, a low by $14; expires October 31).

In California, even the local gas stations often have impressive wine selections. A 2-night stay for two at the West Sonoma Inn & Spa (from $279, a low by $99; expires October 17) in the heart of wine country includes a bottle of champagne and an Insider's Wine Pass for two, plus a 10% discount at the inn's onsite spa.

Speaking of wineries, did you know that the Central Coast is home to more vineyards than Napa and Sonoma? Along the central coast of California, you'll also charming towns surrounded by natural beauty. Explore the Ojai Valley, with a stay for two at the retro-chic Capri Hotel (from $99, a low by $70; expires October 11). Choose a patio or balcony room with a king bed or two queen beds and enjoy a complimentary continental breakfast and a $25 credit at the Deer Lodge Restaurant. Located at the edge of Los Padres National Forest, this celebrity hotspot is 50 minutes from Santa Barbara — and this usually is a pretty pricey area to find lodging.

Monterey is an impossibly picturesque town situated on Monterey Bay. Take it all in with a 2-night stay for two at the Maritime Inn bed-and-breakfast (from $339, a low by $113; expires October 12), which includes a $40 credit towards an in-room massage, as well as chocolate-covered strawberries and a bottle of sparkling wine. Be sure to get out and enjoy the town's famous Monterey Bay Aquarium and stroll the local area boutiques. 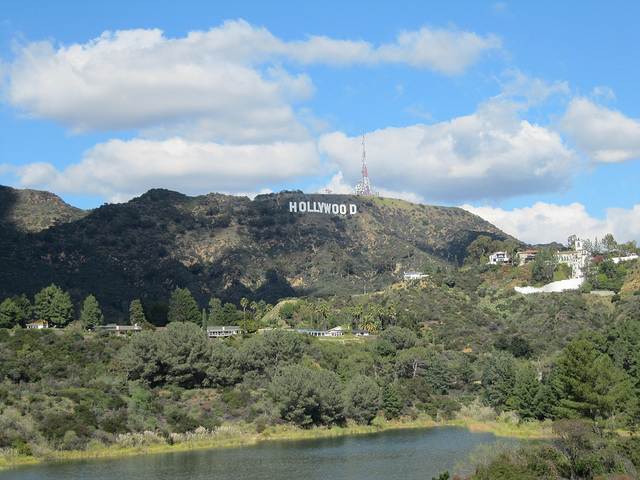 Fall in Love with L.A.

Los Angeles lives in everyone's imaginations thanks to Hollywood, so it's a somewhat surreal place to visit and find it actually exists and isn't just a giant film set.

Book a December weekend getaway with 2-night stay for two at the Westin Bonaventure Hotel and Suites (from $318, a low by $48; expires October 31). Enjoy a complimentary continental breakfast, relax by the pool, and take in downtown L.A., increasingly becoming home to nightlife options and restaurants, such as Perch, which offers nice rooftop views.

Or book a stay at the Sheraton Los Angeles Downtown (from $159, a low by $24; expires October 31). You'll also be close to Hollywood and the beach — but remember that L.A. traffic can be brutal, so make sure to plan your jaunts for off-peak hours.

You could instead trade the bustle of the city streets for a stay near the Los Angeles Harbor with a room for two at the Crown Plaza Hotel (from $89, a low by $67; expires October 17), which boasts views of the water and the Vincent Thomas Bridge. With a hotel room here, you'll enjoy a complimentary continental breakfast before setting out on a 3-hour whale-watching trip ($15, a low by $24) that departs Marina del Rey.

You can also venture to see L.A. by air (and possibly pretend to be an action hero) with a 1-hour flight lesson ($99, a low by $150; expires October 7). This package includes an HD video of your flight, which takes off from Van Nuys airport. But if relaxation is more your game, make time for a 1-hour massage or a 1-hour facial at the Spa del Ray at The Ritz Carlton ($89, a low by $45; expires December 30). While relaxing, you also receive a 10% discount on spa cuisine and use of the hotel pool, as well as the whirlpool and eucalyptus steam room.

If you want to dine in celeb style, opt for a 3-course dinner for two at Beso Hollywood (f$49, a low by $57). Owned by Eva Longoria, Beso offers a modern take on Mexican fare from chef Todd English.

California has a wide variety of natural settings, so if it's mountains you crave, head a bit east. Nestled near the Santa Rosa Mountains, the La Quinta Resort & Club Waldorf Astoria (from $169, a low by $40; expires October 15) offers golf courses, restaurants and lounges, when you're not hiking and biking your way through the scenic Coachella Valley. What's more, this is the second-lowest rate of any Waldorf property we've seen all year, and it includes a $60 daily resort credit. 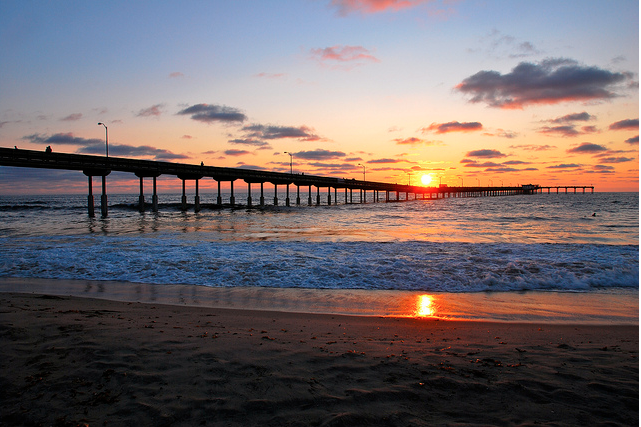 Soak Up the San Diego Sun

San Diego is known for its near-perfect weather year-round. The city is home to a variety of attractions and amusement parks, and is a little easier to navigate than sprawling L.A. or hilly San Francisco.

If you want to be near the water, then look into a stay at The Westin San Diego Gaslamp, where stays through Thanksgiving start at $149 (a low by $16; expires October 31) and $159 through (low by $16) through Christmas. The newly renovated hotel includes a gym, complimentary internet access, and an outdoor heated pool. Plus, you're just steps away from the Gaslamp Quarter, full of bars, restaurants, and boutiques.

You could also book a December beach getaway in Pacific Beach and shack up at the PB Surfside Inn (from $55, a low by $19; expires October 10). Your stay at this beach-themed hotel includes a complimentary breakfast, and a free stay for up to two children! It's located just a few minutes away from Mission Bay Park, with 27 miles of beach — as well as SeaWorld San Diego. Speaking of SeaWorld, just 10 minutes away is the Days Inn & Suites (from $54, a low by $16; expires October 9) where a stay also includes a free airport shuttle, continental breakfast, parking, and WiFi. And don't forget about LEGOLAND California! The Sheraton Carlsbad Resort & Spa (from $129, a low by $27; expires October 31) is nearby and discounted stays are available through the holidays.

If you want to take in the great outdoors or the trendiest nightspots, there's something for you. But if you have another voyage in mind, be sure to have a look at our weekly roundup of the best travel deals for additional discounted flights, hotels, and vacation packages.

Blog · Buying Guides · 22 hrs ago
The Ultimate Guide to Shopping at Target
Target has a devoted following, and it's not hard to see why! Check out our complete guide to shopping at Target for tips and tricks, plus the best categories to shop.

It's the best deal we could find for the mobile base kit by $10, and the lowest price for the caster set by $15. Shop Now at Woot! An Amazon Company

Score some spicy savings on around 2 lbs. of summer sausage. Buy Now at 13 Deals