From the Caribbean to SoCal: The Best Domestic & International Flight Deals

If you're looking for a weekend getaway, these flight deals from your favorite airlines are unbeatable.
BY:
JOSIE RUBIO
DealNews Contributing Writer 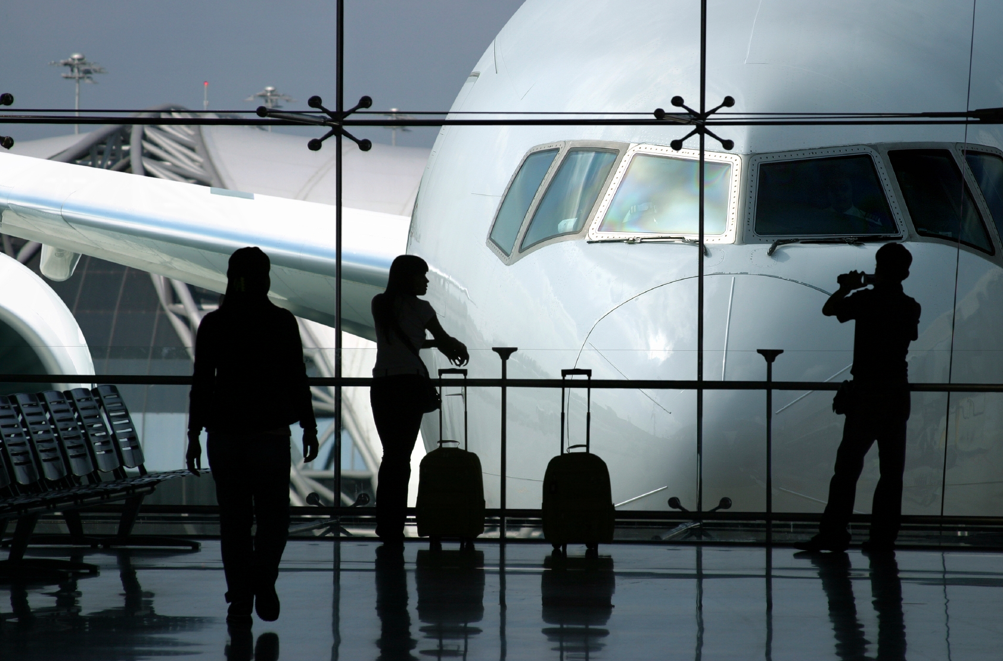 For most of the country, it's been an extremely long winter. Mother Nature seems especially fickle around this time of year, when she gives us a few warm days followed by punishing cold. But we all deserve a vacation. Thankfully, there's a flurry of airfare deals to sunny beaches in the Caribbean, exotic locales in Europe, and destinations in the U.S. and Canada. It's time to emerge from hibernation, pack a bag, and treat yourself to a getaway.

We're seeing lots of great flight deals to destinations around the U.S., so it might be time to finally visit a friend who has moved cross-country or return to one of your favorite vacation spots. If you're ready to leave right now, then check out these American Airlines roundtrip fares in the U.S. for next weekend (from $97, a low by $59; expires March 14). $97 is the the third-lowest rate we've seen for roundtrip weekend fares from American Airlines in the last 12 months. Destinations include vibrant New Orleans and sunny Tampa, Florida.

For more Florida flight deals, check out these United Airlines roundtrip flights to Florida (from $168, a low by $11; expires March 20). Head to Orlando and visit some of the area's amusement parks, from Walt Disney World Resort to LEGOLAND, or visit West Palm Beach and soak up the sun. If you opt for a flight to Fort Lauderdale, you can extend your vacation by booking one of the many cruises that leave from the city's port.

Alaska Airlines is offering 1-way fares (from $49, a low by $40; expires March 17) at the best rate we've seen for this airline. Visit San Jose, a charming and easy-to-navigate city that's just a short drive to San Francisco. Or take a trip to Portland, heavy on quirky charm and lovely summer weather; it's also the city of roses, so be sure to check out the International Rose Test Garden.

Virgin America is also offering 1-way fares to select cities (from $59, a low by $10; expires March 31). Visit L.A., where you can explore Hollywood attractions, spend time at one of the area beaches, and experience the city's dining and nightlife scenes. Or opt for the hip vibe of San Francisco, where you can take in the bay views near the Golden Gate Bridge, visit the old hippie enclave of Haight-Ashbury, and enjoy views of the city at Coit Tower. Head to the Pacific Northwest and explore Seattle's attractions, including the Space Needle, Pike Place Market, and the Central Public Library.

Now that winter is finally almost gone, it's nearly time to start thinking about northern vacations again. Toronto Escapes is offering 1-way flights to Toronto (from $85, a low by $8; expires March 15). Once you touch down, you'll want to see the city's iconic CN Tower, which now has the options of a hands-free EdgeWalk that allows visitors to explore an outside ledge of the tower while attached to a harness. Have a meal with a view at the tower's restaurant and sip wine in the highest cellar in the world. Also check out the new Ripley's Aquarium of Canada, the Hockey Hall of Fame, and St. Lawrence Market, a destination for food lovers.

Sandy beaches and palm trees swaying in the tropical breeze have sounded just about right all winter long and at this point, you just need to indulge. Take advantage of the roundtrip fares to the Caribbean from Spirit Airlines (from $218, a low by $10; expires March 15).

Escape to the Dominican Republic, a Caribbean paradise that not only has a natural landscape that includes white-sand beaches, mountain ranges, and waterfalls, but also offers equally rich and diverse cultural attractions. Whether you plan to be barefoot on the beach or don heels and the vibrant nightlife, the DR won't disappoint. Alternatively you can jet off to Montego Bay, Jamaica and stroll along the idyllic shores, experience local music and cuisine, and of course pick up souvenirs at the duty-free shops and local handicrafts market.

Often the most cost-prohibitive part of a European getaway is the transatlantic airfare, so these Air Berlin roundtrip flights to Europe (from $653, a low by $58; expires March 16) are worth checking out.

The budget-conscious should consider Warsaw, Poland, which still doesn't use the Euro as currency and is still a fairly inexpensive city to visit, as travel costs in most European destinations rise. Though 85% of the city's buildings were destroyed during World War II, there are still numerous palaces, such as the Royal Castle, as well as modern skyscrapers, and remnants of Eastern Bloc architecture, such as the Palace of Culture, a gift from Stalin.

Or opt for a trip to beautiful Vienna, another city full of palaces, including Schönbrunn Palace, the former residence of the powerful Hapsburgs, and Belvedere Palace and Museum. If your tastes run to more ancient wonders, then book a flight to Rome to see wonders such as the Colosseum and the Pantheon, as well as the more recent Sistine Chapel, Trevi Fountain, and Spanish Steps. For more flight options, look to Iberia Airlines, which is also offering roundtrip flights to Europe for under $700 (from $649, a low by $8; expires March 15). Via Iberia, fly to to Milan, the fashion capital of Italy, where you can visit the pink marble Duomo cathedral, take in Leonardo da Vinci's Last Supper mural, and sample Italian wines. Foodies should consider a trip to Bologna, Italy, famous for its cuisine; it's also a little less touristy than Venice and Rome. Iberia also flies to Lisbon, a charming Portuguese city full of old-world Iberian charm and thriving contemporary culture.

We hope we've inspired you to visit a friend cross-country, soak up the sun in the Caribbean, or take a European getaway. But if your travel plans include other destinations, be sure to have a look at our weekly roundup of the best travel deals for additional discounted flights, hotels, and vacation packages.

VIEW ALL
Blog · Roundups · 6 hrs ago
The Best Shoe Deals
The experts within Castle DealNews love nothing more than a strong discount on the biggest shoe brands, so keep your eyes affixed here for the best deals on Nike, adidas, New Balance, Birkenstock, and more.
Blog · Morning Jolt · 10 hrs ago
5 Deals You Need to Know Today: A Great Price for a Great Clip
An extended period of unchecked hair growth and home haircuts have helped us remember that not all locks are created luscious, and so a hefty discount on a professional cut at Great Clips is most welcome. Check out this offer and more in our roundup of the five best deals we found over the last 24 hours.
Blog · Consumer News · 1 day ago
4 Reasons to Use Fix-a-Flat to Repair a Tire (And 6 Reasons Not To!)
Are you tempted to replace your spare tire with a can of Fix-a-Flat, Slime, or some other tire sealant? Read on to see why stop-leak solutions can be a bad idea, and when using them might make sense!
Blog · Buying Guides · 2 days ago
All the Best Student Discounts and Freebies in 2021
College can be expensive, so it only makes sense to save wherever you can. If you're in school, check out our guide on where to get student deals in 2021.
Blog · Buying Guides · 2 days ago
The 9 Best Things to Buy in August (Plus 7 Things to Buy Later)
August brings Back to School sales and early Labor Day savings, plus other discount opportunities. Check out our guide to the best things to buy in August to learn more.

That's $44 off list and the best price we could find. Buy Now at Amazon

It's $3 off the list price and the lowest price we could find. Buy Now at Amazon

Apply coupon code "FOSVVYS8" for a savings of 50%. Buy Now at Amazon

Apply coupon code "VNWJ5NG8" for a savings of 50%. Buy Now at Amazon

It's the lowest price we could find by $2. Buy Now at Amazon