Your Smartphone Can Make Your Car a Lot Better

From diagnostics to insurance to safety, we present some of the best smartphone features for car owners looking to make their travels as smooth and safe as possible.
BY:
LOU CARLOZO
DealNews Contributing Writer 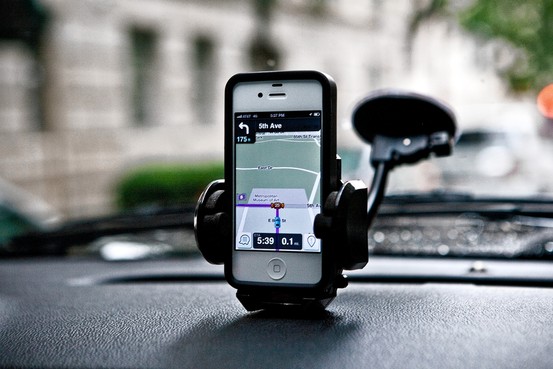 With an estimated 190 million-plus drivers on the road (according to the most recent figures available from the U.S. Department of Transportation), you can bet that thousands of autos, SUVs and light trucks run into problems everyday. And whether the trouble is caused by traffic, engine problems, or hapless drivers, the result could be hours of lost time, or an expensive repair that requires a mechanic to fix.

Well, times have changed. Thanks to technological innovations, many devices and tricks now exist to help drivers resolve their vehicular predicaments — many of them using smartphones. "There's a lot of innovation in this field, and we don't know where its going to come from, but people are finding it in all sorts of creative ways," says Laura Hubbard, senior manager for industry and policy communications at the Consumer Electronics Association.

Here we present some of the best smartphone features for car owners looking to gain an edge as they try their best to make their travels smooth and safe. Of course, these features should never be accessed while behind the wheel of a car on the road.

A Waze to Get Out of Jams

While mapping apps by Apple and others offer you some idea how traffic ebbs and flows, they can't match the muscle of Waze, a navigation app based on a revolutionary idea. (Waze was purchased by Google in 2013, so Google Maps apps do have some Waze integration.) "It's interesting because it's all done through crowdsourcing to pull traffic information," Hubbard says. That means drivers in your area are letting you know about all sorts of road snafus, traps, and hazards, from traffic snarls to red light and speeding cameras. It'll even show you shortcuts you never knew about.

Car Diagnostics, Courtesy of Your Smartphone

Everyone knows the slight feeling of uncertainty and anxiety when the "check engine" light goes on. But a new app called U-Scan by Actron addresses this issue for cars by allowing owners to diagnose the issue themselves and turn off the light, simply by linking to the car's vehicle port. A more advanced version reveals sensor readings, diagnostic codes, and millions of top-reported fixes related to those codes. "The idea was to use a consumer's hardware, or smart device, and provide a basic code reader with powerful software," says Jennifer Grabowski, Actron's product manager.

Car Insurance Communications in a Snap

If you've ever had to settle an automobile insurance claim, you know that it can be as painful a process as the fender bender itself. But a new app called Snapsheet allows its users to snap a photo of the damage and submit it to the app. Customers receive estimates in three hours or less and have the choice of direct deposit payout or booking an appointment to have their car fixed. Snapsheet closes claims in 7-10 days. About 60,000 people have used the app so far, and 15 carriers are sending the app out after accidents, says co-founder C.J. Przybyl. "It doesn't directly lower costs for drivers, but we lower costs for the insurance carriers to settle claims, which should end up lowering premiums for drivers in the long term."

Last year the Consumer Electronics Association launched a campaign to help people learn more about innovation and technology to help drivers stay focused behind the wheel. One such product Hubbard mentions is called ORIGOConnect. "It's a device that's like a box; and your car can't start until the cellphone is placed inside it. You can use voice control, but you can't hold it to talk, or text with it." You can't see the phone either, as the box obstructs its view.

While that might sound like the perfect fix for texting teens, fleet drivers have taken to it as well. "And if you go more than 25 miles per hour [and get a text], it sends a text message back that says, 'I'm in the car right now and I can't respond.' So you don't have that feeling that you have to get back to them right away."

One of the most clever technologies that Hubbard has seen is based on an on-board diagnostic system that you plug into the OBD-II port on your car. It's called Delphi Connect, but what really makes it special is the accompanying smartphone app, which allows you to monitor your car wherever you go. "You know how fast the car is going," she says. "Or let's say that your teen is allowed to go within a certain radius— say to school— and they go outside that radius. Then you get alert via texting."

Right now the service is only available through Verizon or U.S. Cellular carriers, so parents on T-Mobile and Sprint will just have to monitor their kids' driving the old fashioned way: checking the odometer, and following close behind.

Even as Google experiments with driverless cars, it will likely take years, even decades, before such an innovation becomes mainstream. In the meantime, there's no way to take the human element out of driving. But if the technological element can at least make motoring safer, and reduce some of the aggravations associated with it, then here's hoping that the drive forward continues.

VIEW ALL
Blog · Morning Jolt · 4 hrs ago
5 Deals You Need to Know Today: Save $20 on Your Next AmazonFresh Shop
QR codes: they look like weird texture tiles from a primitive video game, but this time, they are your passport to grocery savings. Check out this offer and more in our roundup of the five best deals we found over the last 24 hours.
Blog · Buying Guides · 5 hrs ago
The 9 Best Things to Buy in June (And 4 Things to Buy Later)
While June may be a prime time for vacations, it's also a great time to find excellent deals. Check out our guide for what to buy in June and what you should hold off on until later in the year.
Blog · Marketplace · 4 days ago
The 13 Best Products to Sell Online in July 2022
July is a big month for promotions! To give you the best chance at success, we offer suggestions for what to sell online in July 2022, plus go over the major sales opportunities during the month and the items you may want to list later.

Clip the $1 off on page coupon and apply code "IXTVSTVS" for a savings of $8, which drops it a buck under our mention from a week ago. Buy Now at Amazon

That's the best price we've seen for this build – it beats our March mention by $100. Buy Now at Lenovo

Take charge of the leaderboard with this joystick that is $41 less than the next best price we could find. Buy Now at Adorama

Most stores charge at least $25. Buy Now at eBay