Walmart is closing 154 underperforming US locations, including all Walmart Expresses. However, the company announced plans to open even more.
BY:
BENJAMIN GLASER
DealNews Contributing Writer 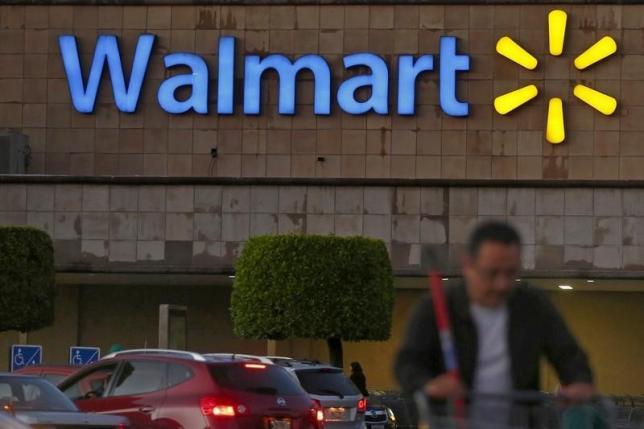 If you've gotten used to picking up groceries at your local Walmart, or using their "Express" stores, you might be out of luck. The country's biggest retailer announced last week that it will close 269 of its 11,600 stores, including 154 in the US.

The decision follows several difficult years for brick-and-mortar retailers, driven by a slowly recovering economy and the rise of online retail. (Despite being the top brick-and-mortar retailer, Walmart has struggled to compete with Amazon online.) These problems were compounded by a weak fourth quarter of 2015, driven by warm weather and slow clothing and home goods sales.

However, the chain simultaneously announced plans to open as many as 165 new stores. Walmart said the closing stores were underperforming, and many are within 10 miles of another Walmart. In fact, all 102 Walmart Express stores in the US are getting shuttered. These smaller centers, aimed at urban and rural areas, were meant to compete with dollar stores and groceries, but never got off the ground. Criticisms ranged from poor service to poor inventory.

The closures will affect 10,000 US workers. Walmart says it will try to transfer workers, and provide 60 days pay and/or severance to others, as required by law.

Herennow
Walmart is a great store, and Sambos club. None in Washington are closing. Just the low end states.
January 21, 2016

BlueOak
From the story, regarding Walmart Express stores:

And that observation does not apply to all Walmart stores how?

BlueOak
(1) Did anybody else wonder why the focus in that photo above appears to be on the bush? (Looking at this on mobile.)

(2) Did anybody else wonder, "Wow, I've never seen that kind of fancy, tightly trimmed landscaping around a Walmart!"?
January 21, 2016

mike01001
94 million people out of work. It's no wonder they have to close stores. This economy has been artificially propped up by the federal reserve printing hundreds of billions of dollars the past few years and it's starting to bite the fed now. Interesting to see what Amazons earnings per share will be on 1/28. I would suspect not good and the market will continue its slide.
January 21, 2016

pottsgw
Interestingly, it looks like most of the closings are in "race to the bottom" states that have no worker protections and have been throwing ridiculous tax breaks to companies to move jobs there. Pretty sad if those people can't even afford to shop at Walmart.
January 21, 2016

CharlesAMuller
Build new building, have it Fail, then leave building for rent site of a take over dump lowering the standards of the already degrading area
orders should be made to renovate or bulldoze the area before leaving it vacant
January 20, 2016

freakfarm
only traitors shop at walmart. and advertise for them!
January 20, 2016

VIEW ALL
Blog · Buying Guides · 1 hr ago
Every Major Store's Holiday Return Policy for 2022
Unsure of what to do with unwanted gifts this holiday season? Check out the holiday return policies at every major store this year.
Blog · Morning Jolt · 8 hrs ago
5 Deals You Need to Know Today: Macy's One-Day Sale Goes All Weekend Long
Spit in the face of time itself, and spend all weekend browsing Macy's one-day sale. Check out this offer and more in our roundup of the five best deals we found over the last 24 hours.
Blog · Consumer News · 1 day ago
Is Green Monday the Last Day to Order for Christmas Delivery?
December has plenty of opportunities last-minute shoppers can take advantage of, but is Green Monday really the last day to order online and have your items arrive in time for Christmas? We lay out everything you need to know.
Blog · Buying Guides · 3 days ago
Christmas Shipping Deadlines for 2022: Get Gifts by Christmas!
There's still plenty of time to wrap up your shopping and receive items by Christmas, but don't wait too long. Check out the standard holiday shipping deadlines for 2022 to ensure your gifts arrive in time!
Blog · Buying Guides · 6 days ago
What to Expect From After Christmas Sales in 2022
The holiday shopping season may start with Black Friday and Cyber Monday, but if you think the deals end by December 25, you're mistaken! Learn what to expect from After Christmas sales, so you can find even more bargains.

That's the lowest price we could find by $510. Buy Now at Amazon

Apply code "PZYPMGL-FS" to save $27. Plus, the same code bags free shipping, an additional $8 savings. Buy Now at Proozy

Save on 9 different "scratch & dent" refurbished models, in a range of colors and storage selections. Choose from series 11 to 13, including mini, Pro, and Pro Max models. Shop Now at Woot! An Amazon Company