A cold winter and increasing demand is keeping the price of your next lobster roll at an all-time high.
BY:
LOUIS RAMIREZ
DealNews Contributing Writer 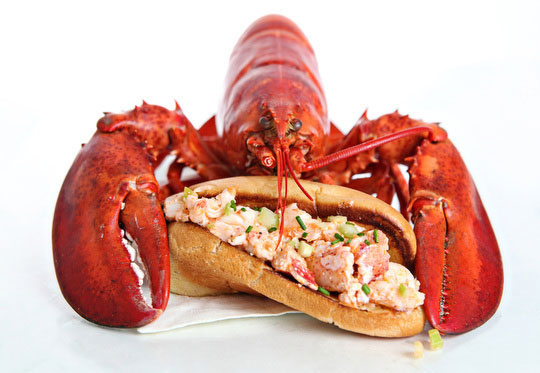 The next time you send your personal chef to market for essentials like caviar and foie gras, you might want to slip him a few extra hundred to cover this season's lobster budget!

But seriously, while the average bargain-savvy DealNews reader doesn't spend much on the luxury crustacean, it is a favorite splurge for summer cookouts and celebratory dinners. However, thanks to a frigid winter, climate change, and increasing global demand, the delicacy is more expensive than ever.

That brutally cold winter last year kept the New England waters chilly even into the summer, which in turn has kept the lobster population inactive and away from the shore. As a result, Maine's fishermen, which haul in 85% of the United States' total, have caught fewer lobsters this summer. As Tech Insider reports, that means the price of your lobster dinner is likely to increase.

Lobster prices traditionally decrease during the summer months when fishermen catch more soft-shelled lobster, which is the type of lobster that is typically consumed. But with low supply, this year's prices have reached as high as $10.99 per pound, which is roughly $1 to $2 more than last year's per-pound price.

Fortunately, the recent heat wave is helping to return the ocean water to its normal temperature for this time of year, which has triggered the movement of more soft-shell lobster. However, mariner researchers indicate that even this change will not leave enough time for the market to totally return to normal.

Unfortunately, an abnormally cold winter isn't the only reason lobster prices are high. Last year, China imported $90 million worth of lobster and the demand is expected to rise again this year, despite the fact that it's becoming increasingly more difficult to catch wild lobster.

Although this summer has been the exception, ocean temperatures are rising dramatically and lobster that was once caught off the shores of the northeast has moved further and deeper north in search of cooler waters. This is the case not only with lobster, but with fish such as the black sea bass, which was once found along the mid-Atlantic and can now only be found in the Gulf of Maine.

Although it's been possible to farm some fish such as salmon, lobsters eat a lot and grow slowly, which makes them twice as difficult and expensive to farm.

Hard to believe there's all this money spent on a food once fed to prisoners and servants. What will you do reader — spend even more on your splurge, or go without your lobster roll this year? Let us know in the comments below.

ablang
Even before this, I wasn't eating lobster unless it was at a buffet. Nothing different for me.

Lobster tail's too expensive even before this.

RudeVader
@southbound
Funny thing is on the global warming chart, all the cold appears to be hanging around new england(eastern us). I think new england is sucking in all the extra cold everyone else had. The last good winter new england had was 2012, after that it's record cold and record slow fall every year.

Guess it has to be cold somewhere.lol

southbound1969
So, global warming kept the waters off of Maine chilly this summer?
August 7, 2015

Louis Ramirez (DealNews)
@RudeVader Yeah, egg prices were slated to increase this year (see link below), but a recent bout of avian flu is making already higher-than-average prices go through the roof.

RudeVader
Bummer, prices are always high even if you only live a few hours from Maine or an hour from the ocean. Seems about right, usually 6 dollars in the summer, 8 in the winter, so 10-11 for the winter could be the future norm for a bit. Stores will prob do the 9.99 routine.