It's a bigger problem than you might think, and while it's not always malicious, it's always misleading.
BY:
JULIE RAMHOLD
Senior Staff Writer/Spokesperson 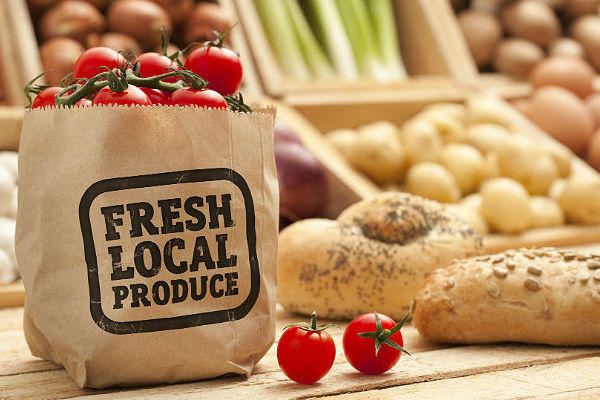 "Farm-to-table" has become a popular buzzword in recent years, promoting meat and produce from small-scale local producers instead of national or international commercial food suppliers. Whether it's for health, sustainability, or a desire to support local businesses, diners can expect to pay more for that local fare. (If you want to pay less for good food, check out our guide on how to eat healthy for cheap.)

But lately, more restaurants that tout the local lifestyle are being exposed as having an utter lack of the farm-to-table qualities they supposedly espouse.

Many Restaurants Make Mistakes, or Lie, About Local Ingredients

A recent investigative piece about Tampa-area restaurants discovered that chefs and owners are frequently dishonest about the source of menu items. Often, chefs failed to update menu notes, whether it was due to a new chef taking over an established restaurant and not verifying vendors, or a seasonal ingredient remaining on the menu past its season.

Other times, chefs use the phrase "local within reason," meaning as long as they can get decent quality for decent prices, they'll shop local. But sometimes that's not possible, or profitable, in their eyes. That doesn't mean they're going to take that "local" distinction off their menu, though.

Some chefs make bold statements about entire menus being local and fresh — and then unwrap frozen ingredients in the kitchen.

Unfortunately, some of the false claims were flat-out intentional, or at least willfully ignorant. Chefs and owners say they buy a particular type of meat or produce from a farmer or rancher that doesn't sell that item. Or they make bold statements about entire menus being local, fresh, and chemical-free — and then unwrap frozen, commercial ingredients in the kitchen.

Several of the restaurants investigated in the Tampa Bay piece had higher-priced menu items than other nearby eateries. Entrees could start at $24, giving customers an expectation of premium quality. It's unlikely people walk into a McDonald's expecting high-quality, all natural beef with no suspicious additives or preservatives. But if you're dining at a restaurant that touts its farm-to-table policy and prices accordingly, it's a big deal when you discover the "local" fish you ordered is actually flash frozen across the country.

If you think it's a problem confined to Tampa, you're wrong. In an AmA with the investigative journalist, Reddit users were quick to note this is definitely an international problem. Restaurants are being exposed for fraudulent practices all over, whether it's San Diego or Norway.

For the full story, be sure to read the Tampa Bay Times piece. Readers, what do you think of farm-to-table restaurants now? Are you more willing to pay for local ingredients, or does this change your mind? Let us know in the comments below!

Ardbeg
Even if you don't cook much (or know if the claims are accurate), you can still use some common sense to cut through the BS. Assume for a second your plate is local and free range (it likely isn't), what could possibly justify paying $25-30 for a grilled chicken breast or pork chop? OTOH, would you realistically confit a duck breast at home, do you even know where to find sea urchin, do you hate time to cook a dish with seven components cooked by six different methods?

A good rule of thumb: restaurants use fewer adjectives and more nouns/verbs when the ingredients and cooking technique/difficulty actually justify the price.

Ardbeg
At a restaurant in Georgia a while back the menu had "locally-sourced wild salmon." As I got up and walked out, I mentioned to the manager that they should at least make their lies theoretically possible.

But many have clearly decided most people are naive and will pay for lies. Of course it extends to chains like Chipotle, who tout that they use "real" ingredients when even their own website shows they use many they call "fake." (With standards for what is fake and real that are arbitrary. Why are baking soda (sodium bicarbonate) and unspecified "enzymes" "friendly" while citric acid, corn starch and achiote (ground achiote seed) are "faux"?

Scroogus Maximus
Terrific article in the TB Times. Farm-to-table restaurants are businesses; bottom lines are still bottom lines which is why the legalese in small print looks a lot like the small print on Capital One commercials. Even in rural states, if the product isn't available from local farmers at "reasonable" (re: commercially viable/profitable) pricing, SYSCO trucks pull up to the dock. Charging people for local fresh food is like charging them for "bottled" tap water from the NY municipal water system: You pay for the idea. Getting what you WANT requires more work. Wearing a beard & flannel doesn't make you a lumberjack, but it does attract certain kinds of attention, and that seems to be what people are willing to pay for. If you truly want farm-to-table, you generally have to go to a farmers' market & build relationships, then buy appropriately. Anything else is just feel-good fluff. Kind of like claiming you're "environmental" by driving a toxic-battery-powered Prius.
April 28, 2016