Coats will consistently hit 50% to 60% off, while heaters and snow blowers will be more modestly discounted.
BY:
JOSIE RUBIO
DealNews Contributing Writer 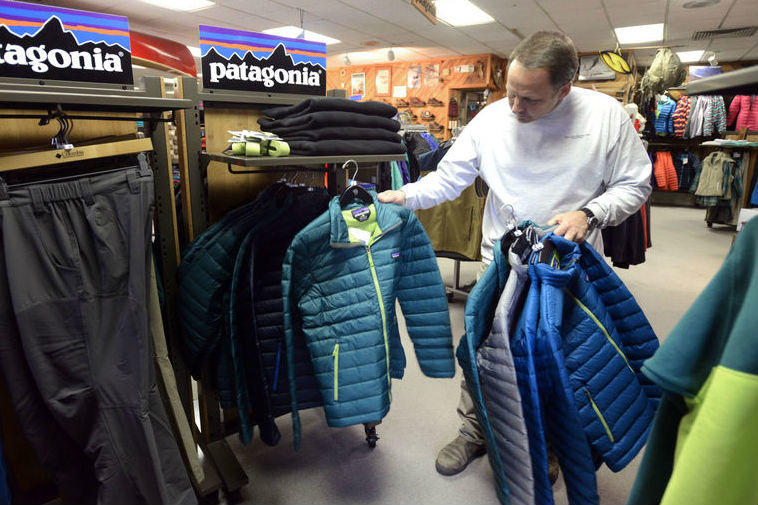 After the unseasonably warm weather throughout much of the country — including record-breaking temperatures along the East Coast — temperatures are finally dropping a bit, just as retailers are gearing up for spring. If you haven't thought about buying winter items like coats, gloves, snow throwers, and space heaters, you're not alone, and you're in luck.

Since, up until recently, many had opted for shorts instead of scarves, retailers are lowering prices to unload their winter stock.

"After the long stretch of consistently warmer temperatures, retailers are buried in inventories of seasonal apparel, from sweaters to boots to scarves and hats, that shoppers just have not been buying," says Jaclyn Stratten, marketing coordinator at Planalytics, a research firm that specializes in weather calculations for retail planning. "The steep markdowns are already happening, and these promotions will only get better for consumers over the coming weeks. The retailers will have to sacrifice margin to clear out the inventories."

However, don't wait too long; the best time to buy is now. Retailers will start putting out spring items in February and March, if they haven't already. And with wind chills dipping below zero on the East Coast this week, it seems like winter has arrived with a vengeance.

"These promotions will only get better for consumers over the coming weeks. The retailers will have to sacrifice margin to clear out the inventories."

But don't wait too long to purchase, as the window of opportunity to save money on winter merchandise will soon come to an end, says Casey McGeever, chief commercial officer for AccuWeather Enterprise Solutions.

"According to AccuWeather meteorologists, temperatures across the eastern half of the United States have averaged five to 10 degrees above normal for November and December, but a change in the weather pattern currently taking place will lead to temperatures closer to, if not below normal for the middle of January," he adds. "Temperatures for the remainder of January and into February will average close to normal."

So what winter items should you buy now at lower prices, and what prices might be immune to El Niño?

The unseasonable weather has cost specialty clothing stores an estimated $421 million in sales from November 1 through December 19, when compared with the sales from the same period last year, according to Planalytics.

That figure doesn't even include department stores such as Macy's, which pointed to a decrease in demand for "cold weather merchandise" like coats and accessories for its drop in third-quarter sales. Nordstrom also experienced a profit loss, though the retailer didn't attribute it to weather. While weather's impact on business repeats from year to year only about 15% of the time, Stratten says, "Retailers tend to base plans for the next year based on the past year's sales." This mild winter is a stark contrast from last winter's frigid temperatures, which sent shoppers looking for winter apparel through March.

SEE ALSO: Keep Out the Cold: How to Pick the Perfect Parka

For shoppers, this translates to January sales and discounts. "Through January there will [be] plenty of great deals and plenty of selection/stock on hand at the stores," Stratten says. "Prices for apparel are likely heading in one direction: down. It's about clearing inventories now." She adds, "It will not be uncommon to see 50 to 60% off some apparel products."

Expect to first see significant sales from bigger retailers, which have larger inventories to reduce before spring, while small stores might hold out longer before discounting.

DealNews has seen recent winter clearance sales with discounts of up to 75% off from retailers that include L.L.Bean, Gap, and Lands' End. Coats have been up to 65% to 70% off, meaning as much as $398 off the original price for a Burberry quilted down coat, for example.

Expect to see discounts first at bigger retailers, which have larger inventories to reduce before spring. "The larger chains with huge inventories are probably going to act more swiftly on this front, whereas a small store might only have a handful of each item in each size and can hold out hope that a couple cold spells could help them sell through on these products," Stratten says.

Winter clothing is on sale, but shoppers can also expect to see deals on some items that are dependent on winter weather. "Certain non-apparel winter categories — snow throwers, skiing equipment, etc. — will also get discounted due to slow sales and high inventories," Stratten says. "These promotions may not come as fast as apparel, as a couple big snow events could still lead to a substantial spike in demand."

In December, Planalytics data showed a drop in demand and units sold for snow throwers. In Philadelphia, for example, there was an 8% decrease in sales, and in Columbus, Ohio, a 13% drop. Portable heater sales are significantly down as well — by 50% in Hartford, Connecticut, and 54% in Nashville, Tennessee. However, home improvement stores may not offer as many discounts and haven't felt the pinch as much as clothing retailers. In fact, third-quarter same-store sales at Home Depot and Lowe's were up 5% as people took advantage of the warm weather to do home improvement projects.

This ski season is "a tale of two cities," according to Michael Berry, president of the National Ski Areas Association. While ski resorts in the West have had good ski conditions, Berry says, "at least in the early part of the season, the East has struggled."

However, that doesn't mean that ski resorts will be offering discounts. "Without snow, there's no deal to be had," Berry says. Once the snow starts falling, "demand will rise quickly," and skiers and snowboarders will hit the slopes.

Those looking for ski and snowboard resort deals should wait until spring, summer, and early fall. "Season pass deals have never been better than they are right now," Berry notes of recent ski seasons. The cost of season passes is at an average price of about $650, he says, compared to $850 a decade ago.

The difference between the East and West Coast winters this year is also reflected in retail data. "In the Northeast there may have been less demand for winter jackets, but in Colorado ski resorts, the demand for outdoor products started out strong," McGeever says.

Look for Winter Gear Sales That Knock 50% Off

Those in the market for winter sports gear should look for end-of-season sales now. Even Dick's Sporting Goods, which canceled some winter orders and returned merchandise to vendors, recently offered items at 50% off.

Even if you shop in shorts or a light jacket in the coming weeks, the time to stock up on winter gear is now — before the temperatures and discounts freeze.

Readers, how has the warmer-than-usual winter weather affected your shopping habits? Have you seen any great sales on winter items? Let us know in the comments below!