Yes, You Can Still Be Sued for Negative Yelp Reviews

More businesses are including non-disparagement clauses in their contracts, and recently one such company sued a disgruntled customer who left a bad review.
BY:
JULIE RAMHOLD
Senior Staff Writer/Consumer Analyst 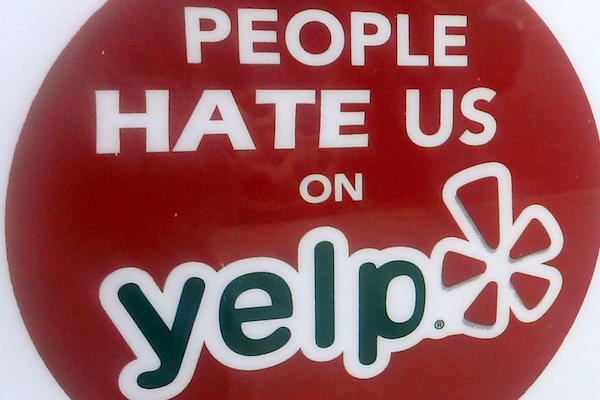 Back in 2014, we pointed out that writing a negative review of a company could indeed result in you being sued. At the time, a couple had been sued for violating a non-disparagement clause; fortunately, they won their case.

Yet now, another couple is being sued, and it's calling a lot of attention to the impact that reviews can have, and whether controlling them means controlling the right to free speech.

We've noted before that if you're going to leave a review, particularly a less-than-favorable one, honesty is the best policy. If you make a false claim against a business and they can prove it, it's a pretty solid case against you for libel.

However, if you have a legitimately negative experience with a business, you should still be able to report that in a review. That's what sites like Yelp are for, to report the good as well as the bad. The problem is that non-disparagement clauses are becoming more and more popular.

SEE ALSO: Store That Fined a Shopper for a Bad Review Now Must Pay $306K in Damages

Some businesses want to use these clauses as intended, to prevent customers from blindly bashing their company. Still, many other businesses are using these clauses as a way to strike back against any negative review written about them, no matter how true it might be. That could mean trying to make a deal in which the customer receives a refund for removing the review. Or, like in this case, if the review isn't removed, the customer is sued.

Earlier this year, Michelle Duchouquette and her husband Robert were sued by Prestigious Pets, a pet-sitting service in Dallas, Texas. Last fall, the Duchouquettes hired the company to watch their two dogs and a pet fish for a few days while they were out of town.

Michelle was not happy with the service, or with how certain aspects were handled after their return. And because of that, she did what most people these days do — she took her complaints to the internet. She left an in-depth 1-star review on Yelp, spelling out her misgivings and even acknowledging that the company had done some things right.

In response, Prestigious Pets owners wrote their own reply to her review on Yelp. Owner David McWhorter then sent Michelle a cease and desist directing her to remove the review. When it remained on the site, McWhorter decided to sue, citing the reason as "intentional misrepresentation and fraud by omission." The McWhorters were seeking just under $7,000, stating that Michelle had violated the non-disparagement clause in her contract. Yet after a local news report, the small claims court suit was dropped, and another larger suit was filed to take its place. Currently, Prestigious Pets is seeking damages up to $1 million.

It should also be noted that a large part of the Prestigious Pets non-disparagement clause was apparently copied and pasted from a company named Kleargear. When Kleargear tried to sue a couple for a negative review, the judge ruled in favor or the customers. Kleargear was ordered to pay $306,750 to them for damages.

Many of those fighting against these non-disparagement clauses are vehement that customers are having their right to free speech infringed upon. These companies are threatening customers with lawsuits and other measures if they write a negative review. Some even refer to it as a kind of online bullying.

"Yelp exists to empower and protect consumers, which is why you should know this business has issued legal threats and/or taken legal action against reviewers for exercising their free speech."

These non-disparagement clauses are being compared to gag orders. Senator Brian Schatz, who is a supporter of the Consumer Review Freedom Act, says that "non-disparagement clauses stifle consumer speech by silencing fair criticism in public forums, particularly on websites." The Consumer Review Freedom Act is purported to allow business owners to take legal action against reviewers who make dishonest claims, but it would also prohibit the kinds of dishonest business practices that lead to these kinds of lawsuits.

Yelp Stands With the Customers in This Case

Recently, Yelp began warning reviewers when businesses have threatened legal action in response to negative reviews. Business pages like that of Prestigious Pets now carry a "Consumer Alert: Legal Threats to Reviewers" box with a statement from Yelp.

The statement reads: "Yelp exists to empower and protect consumers, which is why you should know this business has issued legal threats and/or taken legal action against reviewers for exercising their free speech. If your review accurately describes your firsthand experience, you have a First Amendment right to express your opinion on Yelp."

Readers, have you come across a non-disparagement clause as a customer before? Do you feel that you can't be honest when reviewing businesses that have such clauses? Let us know in the comments below!

I can understand that their are other competitive business' that would leave fake 1 star reviews in hopes of gaining more customers for their business--that's a problem, but a legitimate review should not be squelched with the talk of legal action.

Al-in-SoCal
Scary .... I didn't know there were 1 star "campaigns". You would think Yelp would know this - since they can see a flood of negative reviews on a certain day - and simply hide them.

That said, I think Yelp has helped the Customer Service scene at lots of restaurants.
May 16, 2016

ARRC
Having been the target of a recent FB one star review campaign, I can appreciate the need for some sort of redress for reviews designed to deliberately harm the reputation of an otherwise outstanding organization. 60+ one star reviews were posted using a canned letter based on untrue information spread by a single individual with an agenda. Fortunately, after sharing the facts in the case, 8 of the reviews were retracted by open-minded folks, but we are stuck with the other 50 or so that have ignored the facts. With close to 700 five star reviews and only 3 one star reviews prior to this event, we are proud of our organization's reputation and are hopeful that anyone who sees our reviews will filter out those negative reviews which were unfairly posted. Bullying should have some sort of consequences and perhaps the legal route is the way to go.
May 16, 2016

Scroogus Maximus
Even with the winning verdicts, reviewers need to be careful. "We will eventually win our case" doesn't begin to describe the misery of going through a lawsuit, the up-front costs (multiple), the time lost (lots), and the potential (however thin) of getting a judge who doesn't like online reviewers and rules against you, even if you have a "slam-dunk" case. (Hint: There's no such thing.) Stick to facts in your review, or at least ensure you say "I believe I was treated horribly rudely when the waitstaff did XYZ." Otherwise, some wise-apple lawyer gets to bicker at $350/hr about the definition of "horribly". "I believe" won't stop you from getting sued, but it can be a good fallback, because it's hard to argue with someone's admittedly subjective beliefs!
May 16, 2016

streamco
Honesty is the best policy in reviews. "just the facts maam". Embellishments only serve to incite a reaction. Take a breath before writing, think about a person on the other end receiving this information, proof read your statement and do it again, especially if you are mad. Is it really warranted. Is your goal to destroy, or just point out and help guide future clients.
May 16, 2016

nimer
I write both positive and negative reviews on yelp, and in my case tripadvisor.com since I travel quite a bit. I think the key point here is honesty, and making sure to separate opinions (I think) from facts (they did this).
May 16, 2016

Clip the on page coupon and apply coupon code "15Tumbling" for a savings of $43 off the list price. Buy Now at Amazon