Would You Let Someone Else Deal with Customer Service for You?

There's a website and an iOS app for that, with an Android app on the way. And, for now at least, it's free.
BY:
JULIE RAMHOLD
Senior Staff Writer/Spokesperson 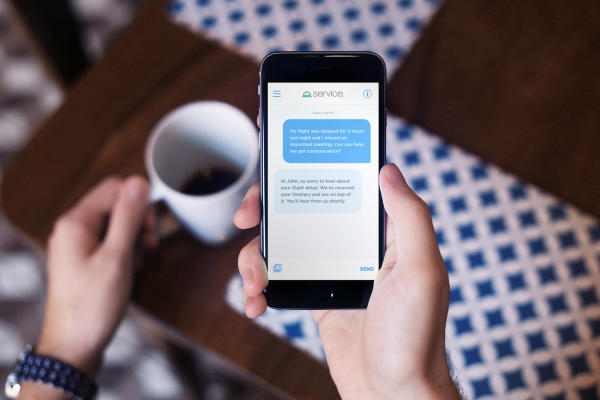 Let's face it: With a few exceptions, most companies aren't known for having fantastic customer service. And even if they are, not everyone can sit down and chat or wait on the phone for an inordinate amount of time to solve any issues they might be having.

As it turns out, shoppers don't have to worry about that anymore. Service is a website and app that acts as a liaison between customers and the companies with which they're displeased. Read on to see if it's right for you.

Customers who opt to handle their own customer service complaints are already emotionally biased. They're directly affected, so of course they're going to be defensive when it comes to sorting out a situation where they feel they were wronged.

And the company is likely to feel the same way. If an angry customer contacts a merchant with nothing but hostility, then customer service is less likely to help them. It's a vicious cycle where nobody wins.

But if a frustrated customer contacts Service, they're inviting a third-party, unbiased agent in to facilitate a solution. Service purportedly benefits both customers and companies by being a voice of reason, and brokering a fair solution for everyone involved. And it saves you the trouble of waiting on hold.

Getting started with Service is super easy, taking about 60 seconds. Give your Service contact all the pertinent information: company name, the issue (such as a flight problem or package delay), and what you'd like to happen. Then, go about your day and let them worry about contacting the company. As long as you're a reasonable customer with reasonable requests, Service will reportedly do its best to get you the outcome you desire.

Right now, Service is free whether a customer opts to use the website or the iOS app. But in the future, Service could offer paid options if the company proves to be popular.

In a recent interview with CNN Money, Service CEO Michael Schneider was evasive on his company's plans for turning a profit. When pressed, he said "maybe" Service could become something companies pay for, something customers pay for, or both.

An iOS app was released in December, just in time for the holidays. And according to a chat session on Product Hunt, there's an Android Service app in the works, due to be released sometime this year.

Since Service is still free for now, we want to know: Would you let someone else handle your customer service needs? Would you pay them to do it? Or do you prefer to sort out these situations yourself? Sound off in the comments below!

smusherface
There's another website that will call customer service for you to resolve an issue or just facilitate a phone call where they wait on hold and then call you when they get a representative, I think. I've never actually used these services, that they do charge for by the way. They also list contact information for various companies and the best way to contact them, whether it's via live chat, email, or by phone, with average response times listed for each. This service is free and fairly easy to use, although I preferred their old system to the one they instituted several months ago. It's called Get Human, probably based on the idea of actually being able to contact a real, live person rather than just an automated system, and their web address is https://gethuman.com. After you search for the company and review the contact options, they'll offer to handle the matter for you.
March 24, 2016