Would You Buy an NSA-Proof Smartphone?

The designers of the Blackphone will offer a smartphone that purportedly protects your privacy, even from the NSA. Stealth!
BY:
MICHAEL BONEBRIGHT
Senior Blog Editor 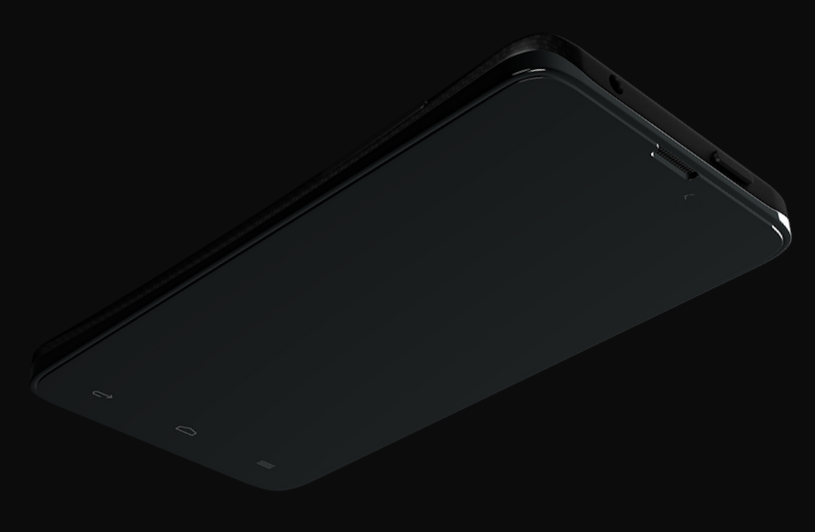 "Technology was supposed to make our lives better. Instead, we have lost our privacy. We have become enslaved," says the ominous voice-over in an ad for the Blackphone. "Now, it's time for a change."

The Blackphone is a new smartphone designed by an international team of cryptographers and security experts, and is the pet project of a Switzerland-based joint venture between Silent Circle and Geeksphone. "What we're trying to do is to make a smartphone whose whole purpose is to protect users' privacy," said Phil Zimmerman, President of Silent Circle. A montage of headlines about Edward Snowden and the NSA appear in the video, making it clear that the smartphone's developers feel their product will find a niche with consumers wanting to avoid the government's prying eyes.

The phone's operating system, called PrivatOS, is a modified version of Android "with an additional security measure that allows for encrypted messages," according to Javier Aguera, CEO of Geeksphone. Details about the exact nature of the OS and its protections are scarce though, as the company is keeping information to a minimum before the phone's official launch at the Mobile World Congress in Barcelona on February 24. Read more about the Blackphone and watch the ad at Mashable.

Readers, how interested are you in a smartphone that protects your privacy? Although pricing for the Blackphone is still a mystery, how much would you be willing to pay? Share your thoughts in the comments below.

PhotoBrent
I wouldn't pay more, and I don't really care that they're monitoring my life. Whoever has the job is being bored to death!
January 23, 2014

rbockman
I have no objection to NSA monitoring my calls, they've done a great job using technology to help keep us safe
January 23, 2014

SpookieAction
Well Phil Zimmerman is the guy that coded PGP, so he knows what he is doing. My guess is that you would still need the phones for both transmitter and receiver. Zimmerman also developed PGPfone, Zphone, and ZRTP for VoIP. Think ZRTP is the only one that survives.

People who think that terrorist can't encrypt now are delusional. Al-Queda and others were using encryption back in 2001.

Nameless
If it worked, I would buy one. At least to make it more difficult for them, if nothing less.
January 23, 2014

Greg the Gruesome
If the only privacy feature of this smartphone is encrypting the contents of your communications, it won't stop the NSA from collecting your communications' metadata. And what happens when you call someone who doesn't have a Blackphone? If your transmission is decrypted before it reaches their phone, and their transmission is encrypted after it leaves their phone, wouldn't it render the Blackphone insecure?

Anyway, I might be interested in such a phone not because of the NSA but because of hackers.

Witchboard
The phone may be NSA proof, but likely the networks used to communicate and the phone on the other end of the line won't be, so what would be the point?
January 23, 2014

randallmagg
I, personally, have no confidence it is "NSA-proof" and assume this would only render the NSA to want even more to track everything about you, since this would likely highly raise their suspicions.
January 23, 2014

patriciae
I think this is a great tool for terrorists and drug dealers.
January 23, 2014

iainmcphersn
Reminds me of a popup ad that says my computer is infected and it can be cleaned for $19.99.
January 23, 2014

Blog · Roundups · 2 hrs ago
How to Get the Best Patio Furniture Deals
From dining sets to fire pits to clearance sales, let the experts at DealNews guide you to the best discount furniture available today.

Blog · Consumer News · 3 hrs ago
How to Score This $5 Amazon App Coupon for Free
There are a ton of things you can do with the Amazon app, including redeeming special app-only offers. You can try it out now and get an Amazon app coupon for $5 off your first app purchase.

Blog · Roundups · 3 hrs ago
How to Find Deals on Apple iPads
iPads come in a range of sizes and with a variety of features, and our experts here at DealNews can help you find deals on iPads that fit your budget. We'll go over the different iPad models and accessories available. Once you know what to look for, check out the iPad deals and iPad sales our experts have found.

Blog · Morning Jolt · 7 hrs ago
5 Deals You Need to Know Today: BOGO Apparel at Woot!
Your tolerance for "clever" graphic T-shirts may vary, but your enthusiasm for BOGO deals at Woot is hopefully as high as ours. Check out this offer and more in our roundup of the five best deals we found over the last 24 hours.

Blog · Buying Guides · 7 hrs ago
How to Find Herman Miller Chairs on Sale
Herman Miller office chairs can be pricey, but you can still score deals on them. Check out our guide to finding Herman Miller chairs on sale to learn more.

That's $32 less than buying this quantity at Amazon. Buy Now at Sam's Club

It's $70 less than buying it new from Ring direct. Buy Now at Amazon

That's the best price we could find by $6. Buy Now at Woot! An Amazon Company

Even with shipping, it's the best price we could find by $4. Apply coupon code "BLOOM" to get this price. Buy Now at Lands' End

Save on over 2,000 men's and women's clothing items and accessories. Shop Now at Banana Republic Factory