With Much Less Content, Is Netflix Still Worth It?

There's 32% fewer titles available now than there were in 2014, and subscription fees are about to go up. But excellent original content could keep you hooked.
BY:
JULIE RAMHOLD
Senior Staff Writer/Spokesperson 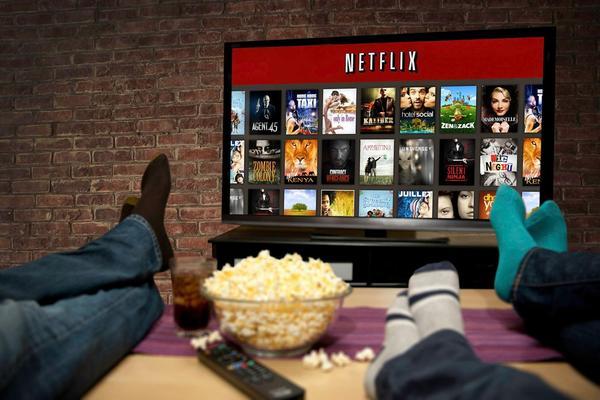 Netflix has been growing its selection of original series over the years. But at the same time, the overall catalog has been shrinking. Since 2014, the website's offerings have decreased by 32%. Now, there's a total of 5,532 movies and TV shows available, down from the 8,103 that made up the catalog in January of 2014.

It's not obvious why the catalog cuts were made. It could be that Netflix merely cut the most unpopular titles in order to save money, or that renewal prices weren't practical enough for Netflix to continue streaming those titles. Regardless, this has some users wondering: Is Netflix worth the subscription costs?

Since 2013, Netflix has pushed more and more into original shows and movies. This year, the company plans to approximately double its yearly output of original shows to 31, releasing 600 hours of original content. Netflix is leaning heavily towards both original series and movies, and that's because CEO Reed Hastings believes in their value.

This year, Netflix plans to approximately double its yearly output of original shows to 31.

External Threats to the Catalog

Netflix isn't necessarily trying to increase profits by offering less. There are external threats to the catalog with which the company has to contend. Negotiating for rights is a part of the process, and a major problem could be that the bigger TV networks view Netflix as a threat. This could lead to them charging more for the rights to certain shows, and Netflix viewers seeing fewer of those shows.

Hulu and Amazon aren't necessarily helping the situation, either. As those streaming services snap up whatever viewing rights they can, licensing costs are being driven up.

Further Price Increases Could Be on the Horizon

Even if you're happy at the current price point, the cost of the monthly streaming plan is already set to increase again this year, to $9.99 per month. While original content is a big part of Netflix's future plan, producing those titles isn't cheap. That expense might mean seeing a further drop in the amount of titles in the overall catalog in order to make room for Netflix's original visions.

Is Netflix Still Worth It?

It certainly seems like Netflix users are about to pay even more for access to fewer titles overall — which is no one's idea of a good deal. However, the company does offer a slew of critically acclaimed original shows, like House of Cards, BoJack Horseman, Orange is the New Black, and many more.

SEE ALSO: How to Cut the Cable Cord: 6 Steps to Stream TV and Save Money

Netflix is also making a name for itself by providing a second chance for shows that major networks let die. Years after being cancelled, Arrested Development was brought back to Netflix for a fourth season. And Unbreakable Kimmy Schmidt had originally been slated to air on NBC, but the network opted to sell the series to Netflix, where it earned a 2-season order. So is the streaming service worthy of your money? Ultimately, your answer will depend on how you feel about original content.

Readers, are you upset that Netflix's catalog is shrinking? Or would you rather watch its original shows any day? Sound off in the comments below!

Jared
There's definitely a culture of commingling now amongst my family/friends in our culture. We all share each others HBOgo, ShoAnytime, Hulu, Amazon Prime, Netflix. I pay for Netflix/Amazon, a buddy has HBOgo, Sho, and one of my sisters has Hulu. 5 people use my Amazon Prime. I've had Netflix for a long time and their library has decreased. Their original programming isnt that great aside from a couple shows.
April 21, 2016

boilers
Not much of a tv / media / movies etc watcher.
I do enjoy some shows out of the UK/BBC/iTV. Broadchurch was one of the best shows I've ever seen. I don't get into shows that center around depravity, murder, lust and such.
April 1, 2016

RudeVader
Still worth it as long as they keep going with the original content and it is good.
March 31, 2016

scubadog40
I dropped them after a year of service. Why pay for it when you can download any movie and show.
March 31, 2016

shinerunner
Dishnetwork in all of it's wisdom is dumping 501 boxes and only going to 722 boxes. It has to be hd or no way. I have a tv that is coax only. Now without a lot of Jerry rigging and still jacks the screen I get someone I have never seen before playing with a lot of expensive stuff. All I keep hearing is it's free. I got a free hole in my sewer line too, when they had to take my dish off of my garage.

I am really looking into PlayStation Vue, 100 Chanel's for under $50 with Epix. I have Netflix and Amazon Prime, Netflix just isn't doing it for me when some of the older stuff is showing up on Crackle. The only thing I really like about Amazon is there download and watch later and I have figured out a way to beat there 48 hour watch time and the redownload after watching rule. I told Amazon when you are on a 700 mile trip, you explain to a 5 yr old she can't watch Katty Perry again without redownloading the movie Lol.

Ardbeg
Part of the reason for reduced content is that competitors are paying a premium for exclusive rights. In the early days of streaming services as they were all focused on total volume of content and didn't care much if their competitors also had the rights to stream many of the same shows and movies. But as they are increasingly competing with each other for market share (and/or want to convince people they need more than one service) they want to be able to say they have something the other doesn't.

Original programming is the logical outgrowth of this approach.

Lindsay Sakraida (DealNews)
@Al-in-SoCal Yeah that's also true for me... I like that there can be multiple seasons of a show on Netflix. Hulu irritates me with how irregular their seasons are. I started a show last month only to realize they didn't have the full season. No thanks.
March 31, 2016

Al-in-SoCal
Love my netflix, and would hate to give it up. That said, I mostly use it for series watching of old series that have multiple seasons like Law & Order SVU & X-Files. I do like some of the new content - but I hope they keep getting a nice mish-mash of both types.
March 31, 2016

Luke
When Netflix was the first to stream online but now we have a lot of other choices. I am enjoying my Amazon Prime because it includes a lot of extras and I can rent or buy new movie / TV releases. The Amazon Prime originals are getting better too. I am up in the air if I will renew my Netflix when the price goes up....
March 31, 2016

don juan
I don't enjoy much of the original content in most of the channels I pay DirecTV almost $120/mo for. (Exception being AMC maybe.) But I still am paying it.

I am excited about the emphasis on original content with Netflix. Coupled with the seasons of network shows they're carrying (Breaking Bad, Walking Dead, New Girl, etc.), it's hard not to feel bullish about Netflix's future and that of streaming in general. A $1 or $2 monthly increase is barely a blip on the radar.

And it's amazing how the quality and production values of Netflix originals are far superior to those of the big networks. For example, compare something like House of Cards to ABC's new show The Family. I really wanted to like The Family, but the plot lines, arcs, editing, writing, acting...they're all just subpar or downright bad. Doesn't hold a candle to House of Cards.

Keep doing what you're doing, Netflix. Traditional providers will soon find themselves on the wrong side of history.
March 31, 2016

johnnylately
I'm with you Lindsay. The original content has been bridging the gap between their existing catalog and going back to cable.

When we dumped cable several years ago I had hoped to include other paid streaming services like Hulu and Vudu but so far we haven't been able to exhaust Netflix titles. And Netflix drops/adds stuff every month so it can be a bit of a game to plan watching titles before they get dropped.

I also get Netflix disks so there's that. Still finding gems on DVD/BD that we haven't seen or want to see again.
March 31, 2016

chase
The original content helps justify any price increases for sure. It competes with HBO, Amazon and Hulu - but once you are hooked, it seems like a paltry sum to not fork over an extra $2 for House of Cards and Orange is the New Black... Plus, where else will you get your Blue Mountain State fix? Go Goats! ;)
March 31, 2016

Lindsay Sakraida (DealNews)
It's definitely still worth it to me, but if I didn't enjoy some of the original content, I might not feel that way.
March 31, 2016